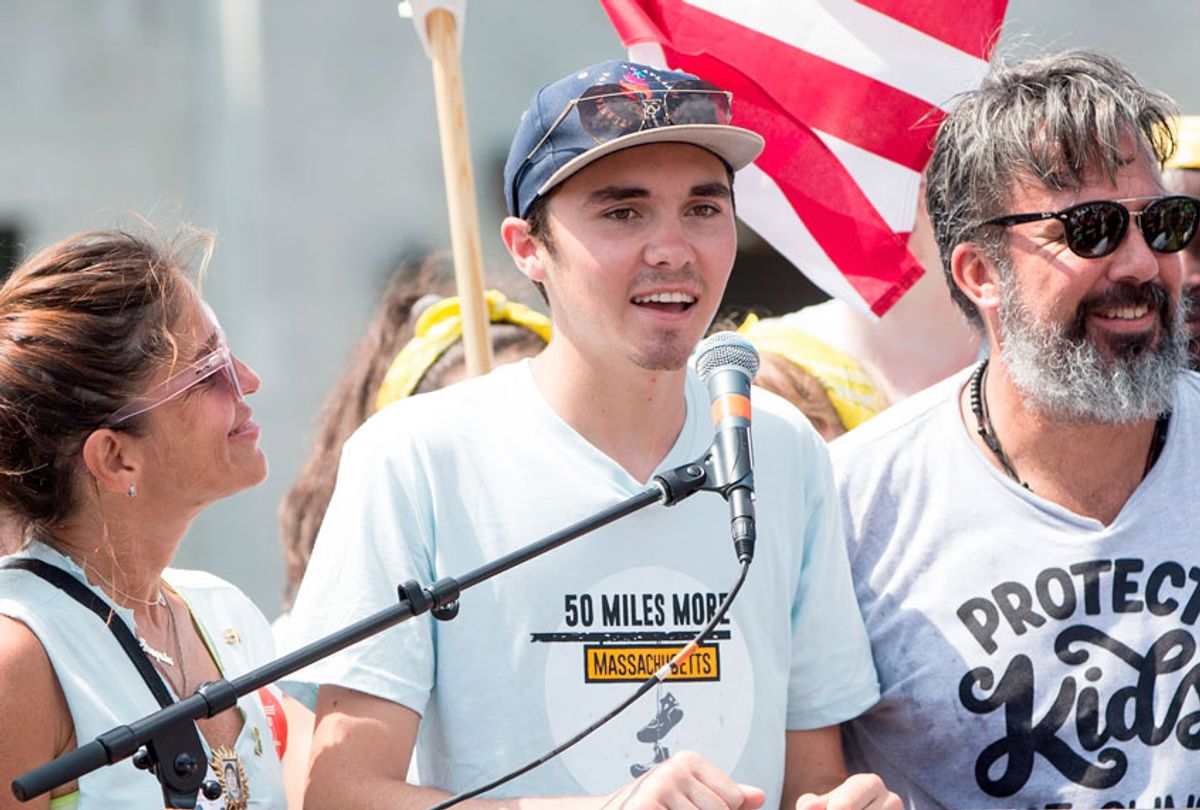 A pro-gun Republican lawmaker recently attempted to compare a Parkland, Fla., mass shooting survivor to insurrectionists. According to The Daily Beast, Rep. Andy Biggs (R-Ariz.) recently appeared on "Tucker Carlson Tonight" where he shared his reaction to being confronted by Parkland survivor and activist David Hogg.

When the House Judiciary Committee convened on Wednesday, July 20, to discuss gun control legislation, the pro-gun Republican lawmaker laid out his arguments in opposition of stricter laws. According to Business Insider, Biggs argued that "Americans, specifically residents of his state, need assault weapons to protect themselves against an 'invasion' of undocumented migrants, whom the conservative lawmaker said posed 'a danger or threat.'"

"The reality is it is an invasion of our southern border," Biggs said.

In response to Biggs' remarks, Hogg quickly fired back saying, "The shooter at my high school: antisemitic, anti-Black, and racist. The shooter in El Paso described it as an invasion," said Hogg, who is now a gun control activist.

"Guess what? Those guns are coming from the United States of America. They aren't coming from Mexico," he added as security escorted him from the committee room. "You are reiterating the points of a mass shooter, sir. You are perpetuating violence."

Speaking to Carlson, Biggs offered a critical assessment of Hogg and what transpired as he suggested that his interruption was a form of insurrection.

"He's saying that I am a terrorist manifesto-toting conspiracy nut, and the reality is he wants to get on TV, and he wanted to advocate for a nutty position, and you're right, as a number of us raised, he interrupted our proceeding and Democrats have said if you interrupt a proceeding that is the definition of insurrection," Biggs said.

He added, "And so the police had to take him out. He was invited there by the Democrats, that is what I'm informed, and so he is trying to grift on this whole thing, it looks like. He should probably be brought up and charged. Where is that J-6 committee when you need them?"

Hogg's protest comes as Democratic lawmakers, nationwide, are calling for stricter gun laws in hopes of combatting mass shootings across the country.