Cells become zombies when the ends of their chromosomes are damaged

Intriguingly, these "zombie cells" can actually be beneficial to health 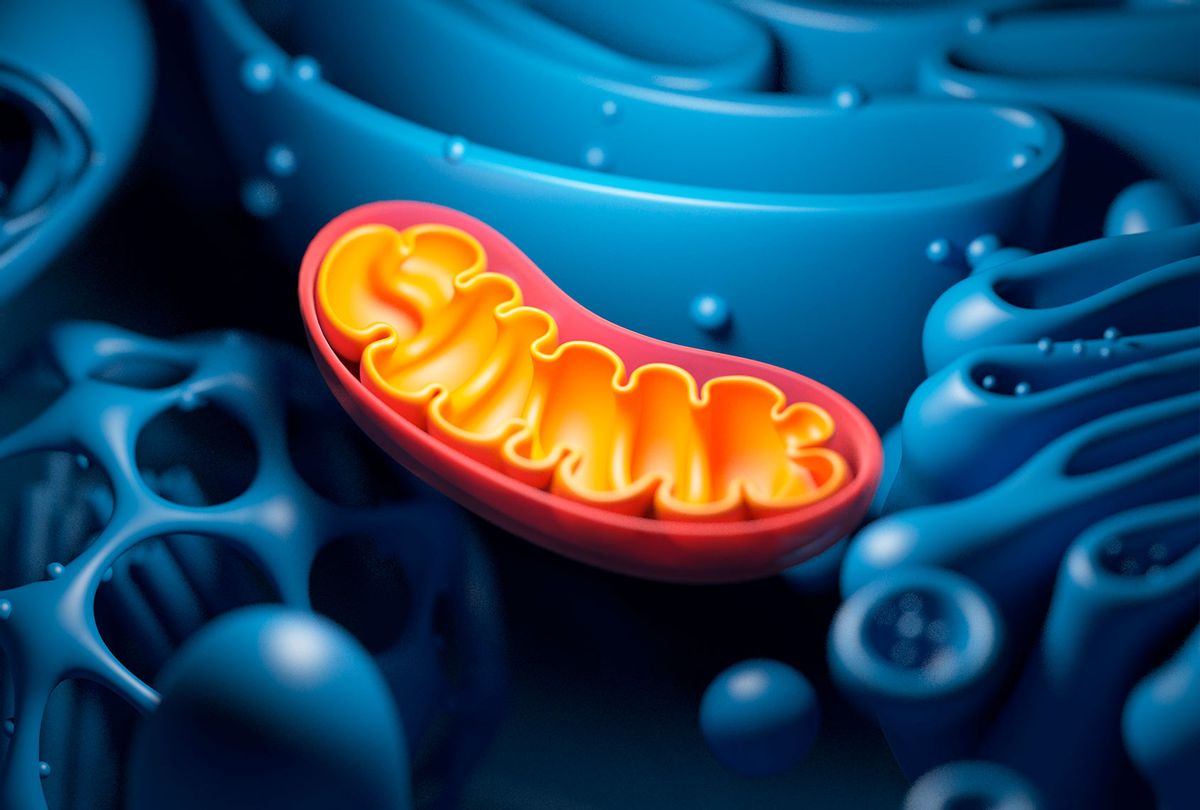 Damage to the ends of your chromosomes can create "zombie cells" that are still alive but can't function, according to our recently published study in Nature Structural and Molecular Biology.

When cells prepare to divide, their DNA is tightly wound around proteins to form chromosomes that provide structure and support for genetic material. At the ends of these chromosomes are repetitive stretches of DNA called telomeres that form a protective cap to prevent damage to the genetic material. However, telomeres shorten each time a cell divides. This means that as cells divide more and more as you age, your telomeres become increasingly shorter and more likely to lose their ability to protect your DNA.

Damage to genetic material can lead to mutations that cause cells to divide uncontrollably, resulting in cancer. Cells avoid becoming cancerous when their telomeres become too short after dividing too many times and potentially accruing damage along the way, however, by entering a zombielike state that stops cells from from dividing through a process called cellular senescence.

Because they are resistant to death, senescent – or "zombie" – cells accumulate with age. They can be beneficial to health by promoting senescence in nearby cells at risk of becoming cancerous and attracting immune cells to clear out cancer cells. But they can also contribute to disease by impairing tissue healing and immune function, and by secreting chemicals that promote inflammation and tumor growth.

We wanted to know if direct damage to telomeres can be sufficient to trigger senescence and make zombie cells. In order to figure this out, we needed to confine damage just to the telomeres. So we attached a protein to the telomeres of human cells grown in the lab. Then we added a dye to the protein that makes it sensitive to light. Shining a far-red light (or light with a wavelength slightly shorter than infrared light) on the cells induces the protein to produce oxygen free radicals – highly reactive molecules that can damage DNA – right at the telomeres, sparing the rest of the chromosome and the cell.

We found that direct damage to the telomeres was sufficient to turn cells into zombies, even when these protective caps weren't shortened. The reason for this, we discovered, was likely a result of disrupted DNA replication at the telomeres that leaves chromosomes even more susceptible to damage or mutations. 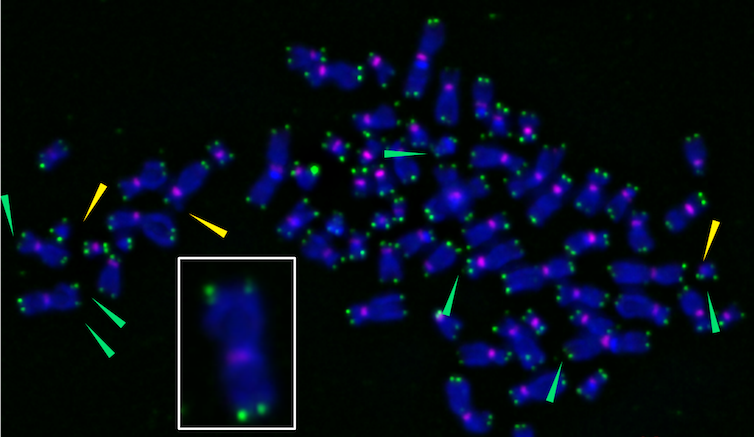 Telomeres naturally shorten with age. They limit how many times a cell can divide by signaling cells to become zombies when they reach a certain length. But an excess of free radicals produced from both normal bodily processes as well as exposure to harmful chemicals like air pollution and tobacco smoke can lead to a condition called oxidative stress that can accelerate telomere shortening. This can prematurely trigger senescence and contribute to age-related diseases, including immunodeficiency, cardiovascular disease, metabolic disease and cancer.

Our study reveals that telomeres not only serve as alarm clocks that indicate a cell divided too many times, but also as warning bells for harmful levels of oxidative stress. Age-related shortening of telomeres isn't the only thing that triggers senescence; telomere damage is also sufficient to turn a cell into a zombie.

What other research is being done

Researchers are studying treatments and interventions that can protect telomeres from damage and prevent zombie cell accumulation. A number of studies in mice have found that removing zombie cells can promote healthy aging by improving cognitive function, muscle mass and function and recovery from viral infections.

Researchers are also developing drugs called senolytics that can either kill zombie cells or prevent them from developing in the first place.

This study focuses on the consequences of telomere damage in actively dividing cells, like kidney and skin cells. We're now looking at how this damage will play out in cells that don't divide, like neurons or heart muscle cells. While researchers have shown that the telomeres of nondividing cells and tissues become more dysfunctional with age, it's unclear why this happens when these telomeres should not be shortening in the first place.