“This is one of the great tricks that I think the sexual revolution pulled on the American populace," Vance said 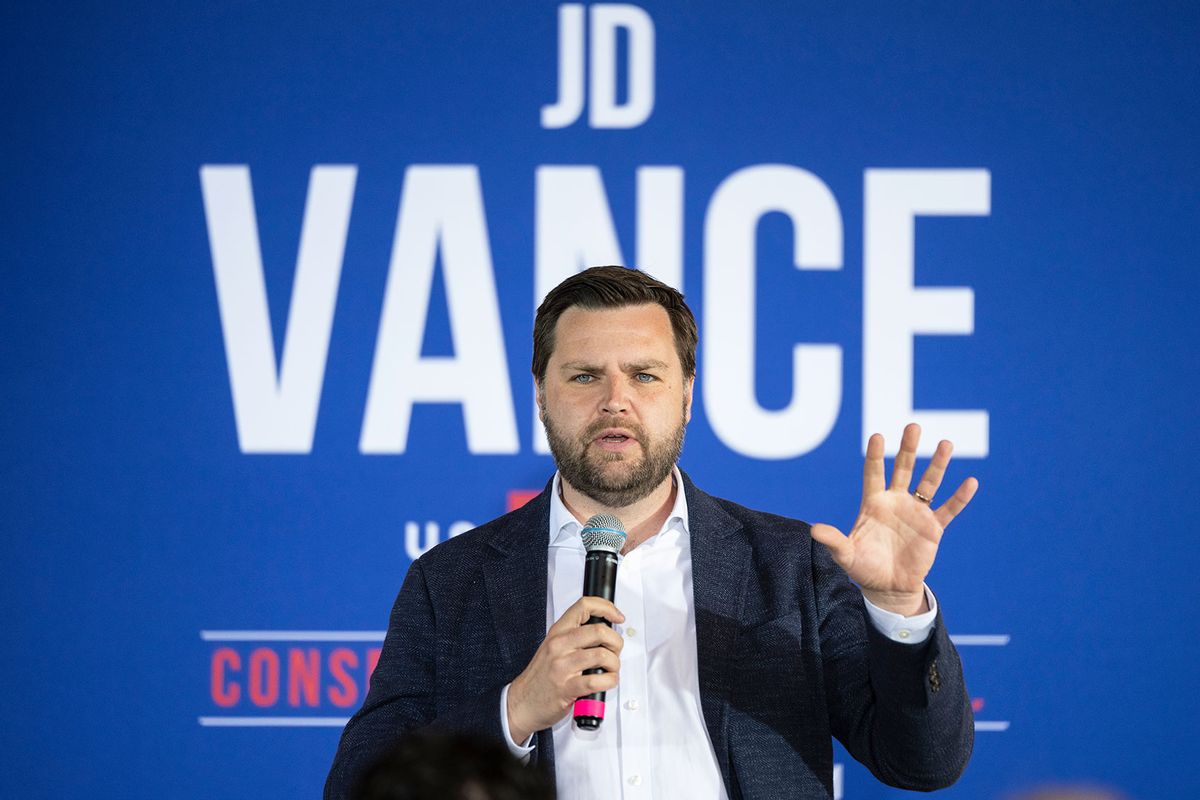 J.D. Vance, a Republican candidate for U.S. Senate in Ohio, speaks during a campaign rally at The Trout Club on April 30, 2022 in Newark, Ohio. (Drew Angerer/Getty Images)
--

J.D. Vance, the Ohio Republican Party's nominee for the United States Senate, cast doubt last year about whether it was ever right for people to seek a divorce, even if their marriage was marred by violence.

As Vice News reports, Vance discussed his views on divorce while talking at the Pacifica Christian High School in Southern California last September, where he claimed that allowing people to obtain easy divorces had harmed generations of American children.

"This is one of the great tricks that I think the sexual revolution pulled on the American populace, which is the idea that like, 'Well, OK, these marriages were fundamentally, you know, they were maybe even violent, but certainly they were unhappy. And so getting rid of them and making it easier for people to shift spouses like they change their underwear, that's going to make people happier in the long term,'" Vance said.

Vance then expressed skepticism that this was the case, and argued that the result of sanctioning easy divorces has been "a lot of very, very real family dysfunction that's making our kids unhappy."

Vice News asked Vance whether he really believed that people should be made to stay in violent marriages -- and he responded by attacking the publication for asking.

"I reject the premise of your bogus question," he said. "As anyone who studies these issues knows: domestic violence has skyrocketed in recent years, and is much higher among non-married couples. That's the 'trick' I reference: that domestic violence would somehow go down if progressives got what they want, when in fact modern society's war on families has made our domestic violence situation much worse. Any fair person would recognize I was criticizing the progressive frame on this issue, not embracing it."