"He expected me to cower and hide," said Olivia Julianna, "but that's not how it played out." 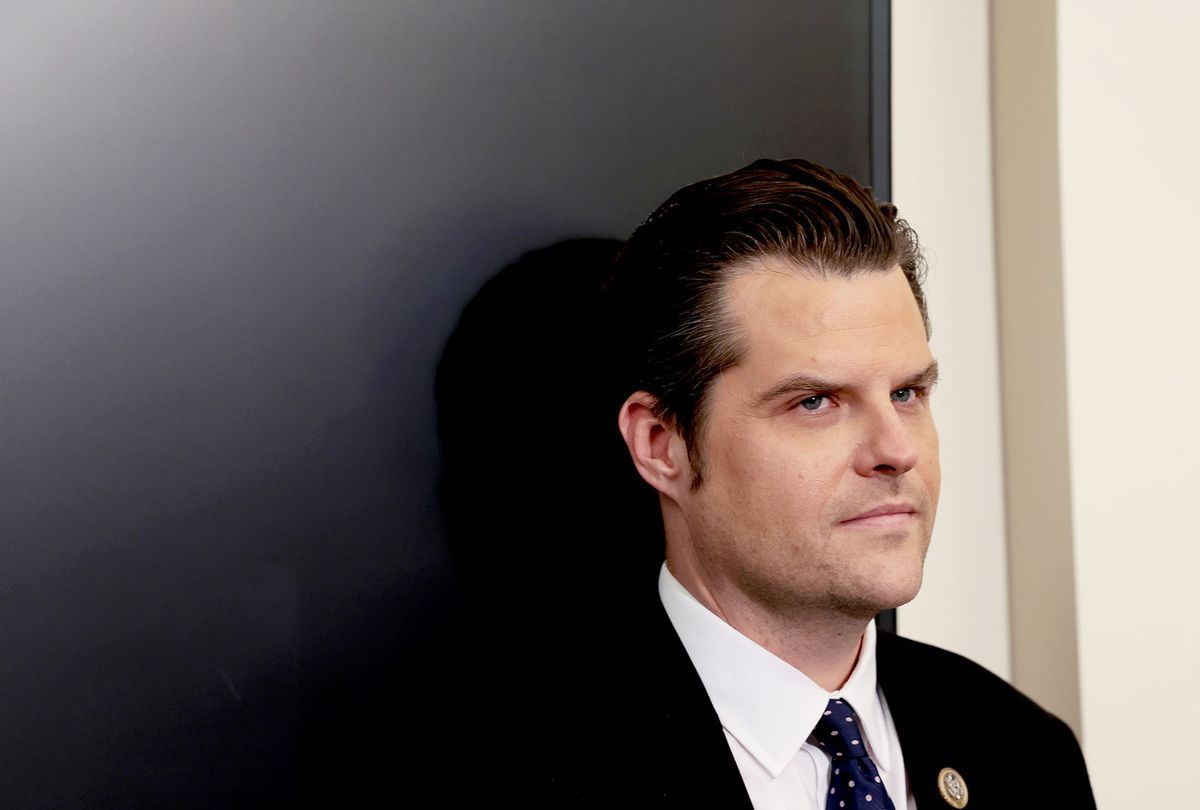 In the less than 72 hours since being publicly ridiculed by right-wing Rep. Matt Gaetz, political strategist and college student Olivia Julianna had raised over $300,000 as of Wednesday for abortion funds that offer direct financial assistance to people who need abortion care.

"This is absolutely the most insane amount of donations we have had thus far from individuals, especially in such a short frame of time," Olivia, who goes by her first and middle names publicly, told The Washington Post Wednesday. "On a broader scale, this highlights the extreme power of social media mobilization, and it shows Republican politicians that their cheap attacks and political theater will no longer be tolerated."

Gaetz (R-Fla.) drew condemnation over the weekend after speaking at a rally where he called abortion rights advocates "disgusting" and "odious from the inside out," and confirmed to a reporter that he believes activists are ugly and overweight. His comments came two months after he referred to pro-choice women as "overeducated and underloved."

Olivia responded to his latest comments on social media, noting allegations against the lawmaker that he sex-trafficked a teenage girl, which he has denied.

Gaetz then tweeted a photo of the 19-year-old Gen-Z for Change strategist, setting off online attacks against Olivia.

"I've gotten body-shaming comments," she told Teen Vogue Wednesday. "I got a really nasty email calling me homophobic and racial slurs and the subject line of the email was 'MATT.' So I received hateful comments about my body, being like nobody would ever want to sleep with you."

Olivia decided to spin the sudden attention in her favor and that of her progressive organization, which leverages "social media to promote civil discourse and political action," particularly focusing on "Covid-19, climate change, systemic inequity, foreign policy, voting rights, and LGBTQIA+ issues."

The group also set up an abortion fund after the U.S. Supreme Court overturned Roe v. Wade last month, splitting donations between 50 funds in states most affected by the ruling. The funds offer direct financial and logistical aid to people who need abortion care.

"Well Matt Gaetz, I have to hand it to you," tweeted Olivia when the donations hit $50,000 on Tuesday. "I didn't think you cared about us abortion rights activists, but your spotlight on me has helped raise $50,000 for abortion funds in the last 24 hours!"

By Wednesday morning, the donations had surpassed $150,000, and as of this writing supporters had contributed more than $300,000.

Olivia has begun taking aim at Gaetz for refusing to publicly respond to her, beyond the photo he shared of her on social media.

"I think he's scared," Olivia told Teen Vogue. "I honestly think he's terrified. I would be if I tried to go after someone and their response was to raise $168,000 in less than 48 hours."

"He expected me to cower and hide," she added, "but that's not how it played out."