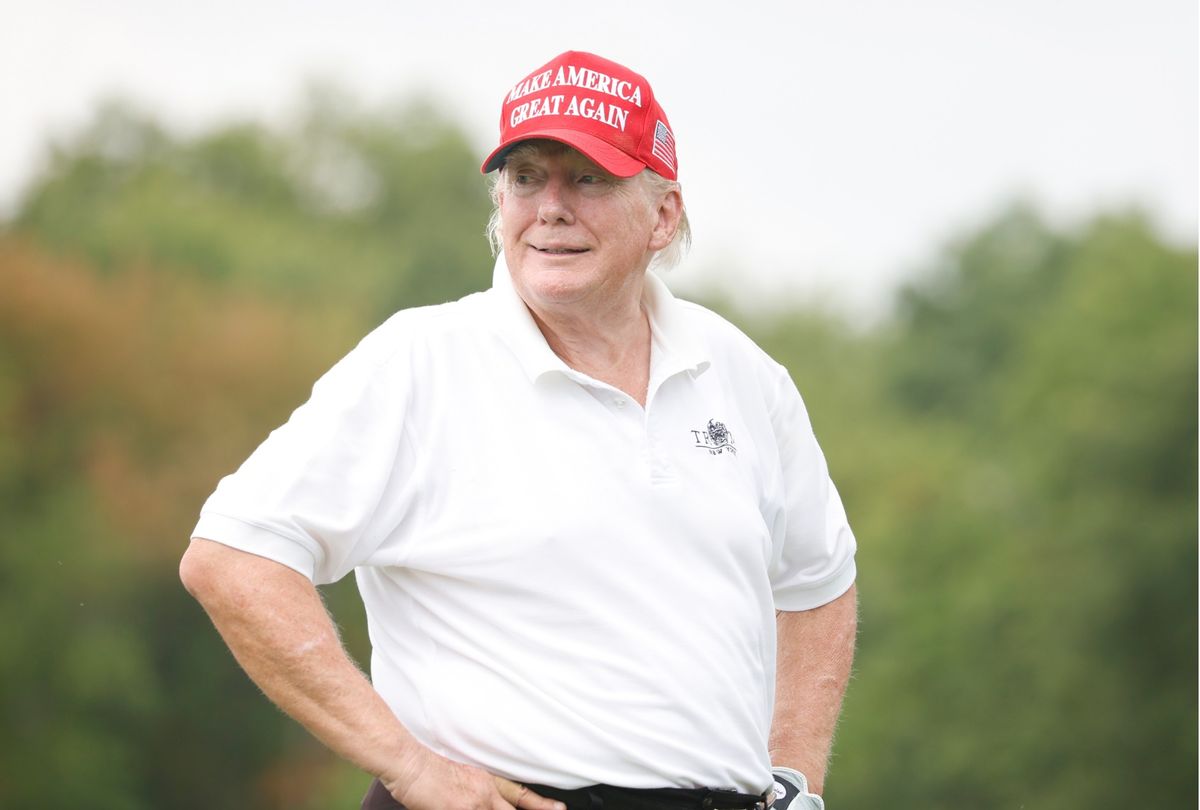 "I've known these people for a long time in Saudi Arabia and they have been friends of mine for a long time," Trump told The New York Times. "They've invested in many American companies. They own big percentages of many, many American companies and frankly, what they are doing for golf is so great, what they are doing for the players is so great. The salaries are going to go way up."

Trump, who once boasted about doing business with Saudi elites because "they pay cash," was later confronted by an ESPN reporter who wanted to know if Trump had any concerns about the optics of his event.

"You're so closely associated with the city of New York. You of all people understand the passion surrounding 9/11. What do you say to those family members who protested earlier this week and will be doing so again on Friday?" the correspondent asked.

Trump replied with a conspiracy theory.

"Well, nobody's gotten to the bottom of 9/11, unfortunately, and they should have, as to the maniacs that did that horrible thing to our city, to our country, to the world, so nobody's really been there," he said.

That statement is false. Click here for The 9/11 Commission Report.

"But I can tell you that there are a lot of really great people that are out here today and we're gonna have a lot of fun and we're gonna celebrate and money is going to charity," Trump added. "A lot of money is going to charity and you have really the best players in the world, many of the best players in the world, and soon you'll probably have all of them."