This is V.C. Andrews, so of course taboos were meant to be broken 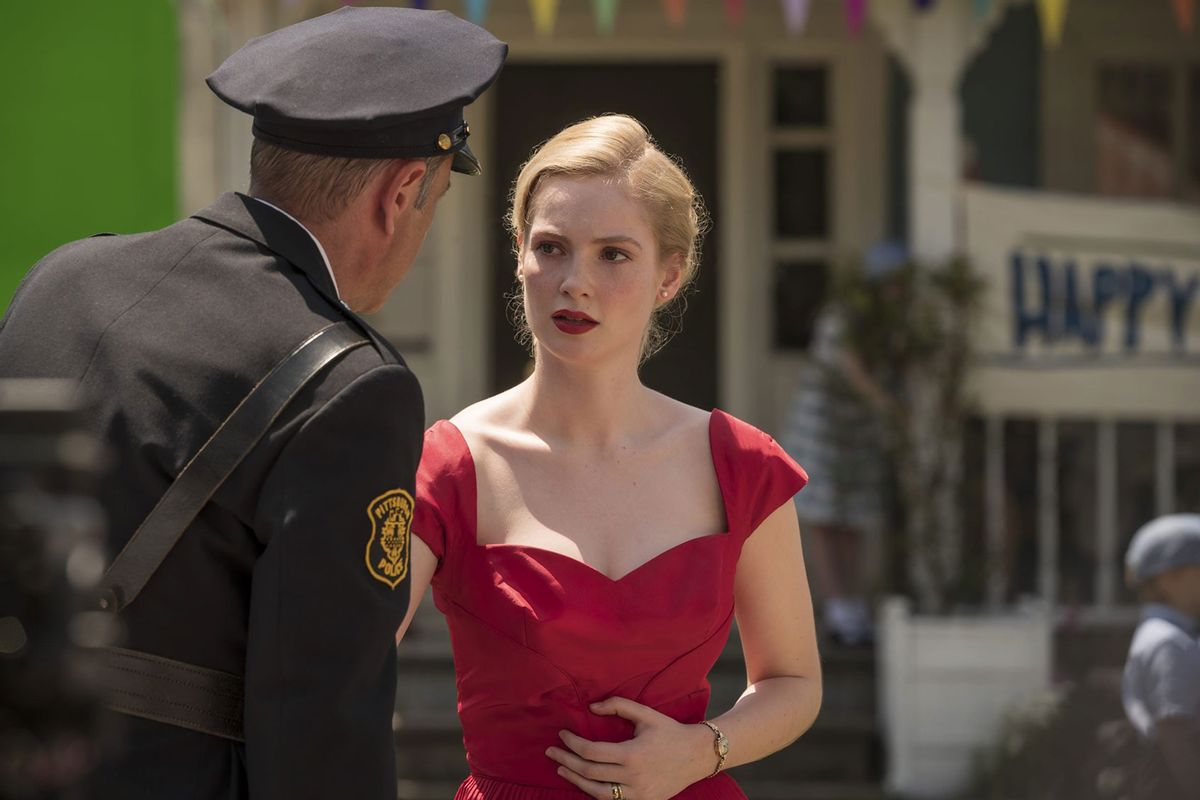 Hannah Dodd in 'Flowers in the Attic: ﻿The Origin' (A+E/Lifetime)
--

"Flowers in the Attic: The Origin's" third episode, "Part 3: The Murderer," was partly about forbidden love. Joel and Corrine were involved in relationships that were taboo.

Joel's feelings for Harry were considered to be both a moral failure and a weakness of character despite there being nothing but a shared love of music and a reciprocated sense of peace between the two men.

Meanwhile, Corrine and Christopher's attraction was incestuous. Their softness toward one another and immediate infatuation didn't change the fact that they're related and aware of said relation. Granted, the two think they're uncle and niece not siblings, but that also doesn't change the facts of their situation.

So, when Joel's love for Harry and his desire to live as he is without his father's restrictions and cruelty ultimately set him free from Foxworth Hall, Corrine's relationship with Christopher only seems to pull her further into the darkness that permeates her home.

The two fight what they feel for one another after Christopher makes it clear they can't be together. And, it seems as if they might be able to leave each other alone once Corrine sets her mind on Rockford Taylard, the same fool who impregnated her in "Part 2: The Mother" which resulted in Corrine getting an abortion.

Rockford even went so far as to ask Malcolm for Corrine's hand in marriage, but should we be expecting wedding bells any time soon? Here's what we know!

Do Corrine and Christopher get together in "Flowers in the Attic: The Origin"?

Fortunately, Malcolm didn't say yes to Rockford's request for permission to ask Corrine to marry him. It's unclear what exactly went down between the two at Corrine's debutante ball, but Malcolm told Olivia he "took care" of Rockford.

We suspect the young man may have gotten the scare of his life from Corrine's father, and was possibly harmed in the process, but we know he's been disavowed of any notion that Corrine is his future.

Malcolm, of course, did this for selfish reasons. He wants his daughter to himself as he's projected his unhealthy and incestuous infatuation with his mother onto his own child.

Corrine was disappointed that her parents didn't approve of Rockford, but Olivia made it clear to her that she shouldn't see marriage as a means of getting out. A husband shouldn't be an escape or an idea of what a young woman thinks she wants for her life. She promised her daughter that whatever her choice is, she'll be there to support her.

It was a statement that came back to bite Olivia by the end of the episode. While she was busy burying Mrs. Steiner's body with Malcolm, Corrine and Christopher were having sex.

Tired of trying to push her feelings away, Corrine had confronted Christopher and told him that she's in love with him. He reciprocated and then the two proceeded to sleep together in Malcolm's mother's bed, the same place he raped both Olivia and Alicia. The very bed in which Corrine was conceived.

Olivia truly couldn't catch a break. She'd been stressed due to Mrs. Steiner's attempt to blackmail the family with threats of outing Joel unless she was financially compensated. Then when that didn't work, Mrs. Steiner revealed she knew Alicia was Corrine's biological mother not Olivia. She'd threatened to destroy everything Olivia had been trying to protect.

When Olivia tried to stop her from leaving the room where she'd initially had her former employee detained, she inadvertently pushed her which resulted in the woman hitting her head on the side of a desk. Malcolm finished her off by beating her with the phone.

Olivia was so traumatized by the whole situation that she let Malcolm kiss her before he sent her off to go rest while he finished burying Mrs. Steiner. Before she could make it to her room, Olivia happened upon Christopher and Corrine. The sounds of their lovemaking carried down the hall and when she peeked through the keyhole, she got more than an eyeful.

Nothing is out of the realm of possibility in this show. So, while Corrine and Christopher are together now, we have no idea how Olivia seeing them is going to play into what happens next in their relationship. But, we suspect it's going to be explosive or at least Dramatic with a capital D.