Use your garden bounty to make green tomato crumb cake

Who said green tomatoes were only good for frying? 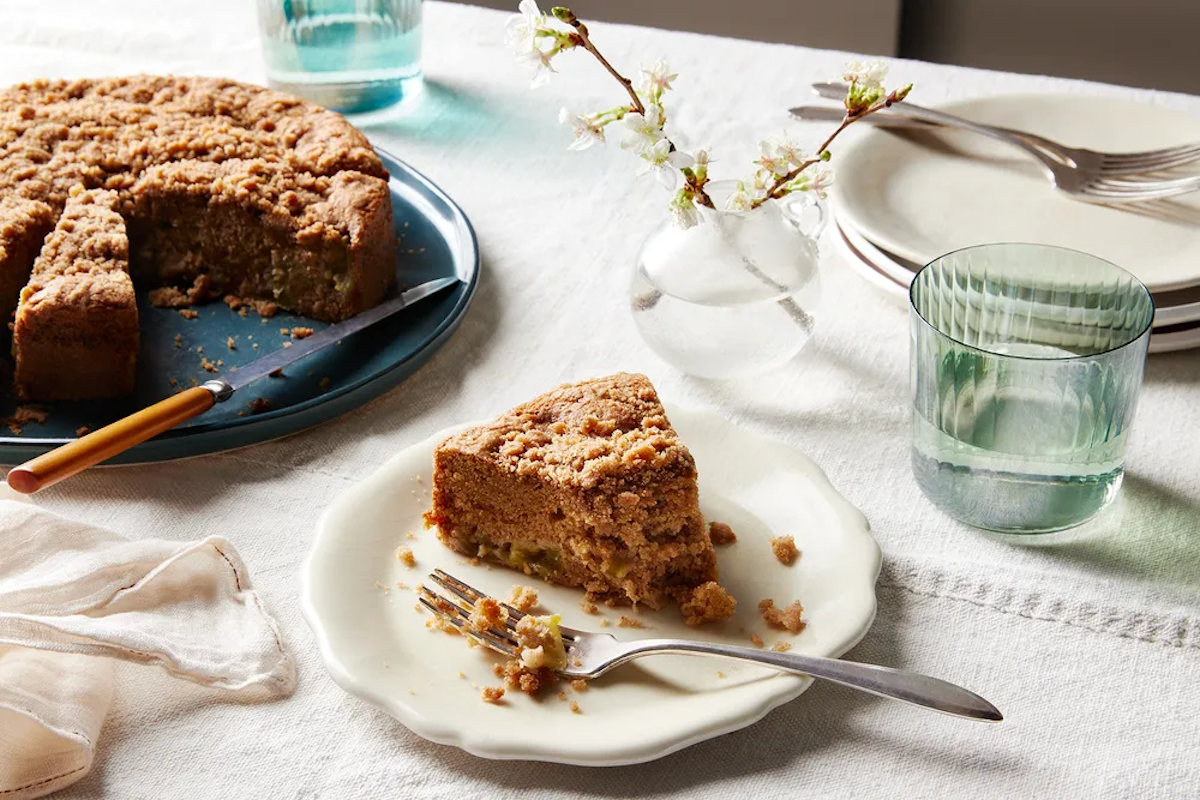 When the pandemic started, I started combing through U.S. newspaper archives from the 1890s to the 1990s for recipes. At first, it was simply a way to pass the time, but I started to notice a recurring theme and dove in deeper.

Throughout the 20th century, home cooks, nearly all women, were particularly eager to come up with ways to use up a surplus of fresh or preserved fruit in no-fuss, quick-to-make desserts. They often shared their own recipes or wrote into the newspapers to crowdsource for one that fit their needs. The conversations around these recipes were so lively, they immediately drew me in. Much like these women, my personal kitchen goals have always been to use seasonal produce, reduce food waste, and fulfill my desire to spend as little time baking but as much time possible eating delicious, freshly baked goods.

I started researching in earnest what I began calling "forgotten fruit desserts." These were the old-fashioned, thrifty, and often regional baked goods that seem to have fallen out of popularity over the years but were plentiful in the archives. Despite my years as a recipe developer and avid cookbook collector, I found myriad varieties of fruit-spiked coffee cakes, squares, brickles, slumps, pandowdies, and buckles that were new to me.

Many recipes I came across used expected favorites like apples, plums, dates, and peaches; but a few mentions of a green tomato cake caught my eye. Unfortunately, it was nearly always part of an article about what to do with gardening surpluses or a list of recipe contest winners and not accompanied by a recipe. I was intrigued but since there were no recipes or even a good description to go on, I made a note of it on my ongoing list and kept scrolling.

Then I came across an October 1973 write-up in The Evening Review of East Liverpool, Ohio, with the results of a recent newspaper-sponsored recipe contest. This contest cemented the idea that green tomato cake was something I absolutely had to make as soon as possible. The headline was "Cold Oven Cake Takes Top Prize," but when I read on I saw that Mrs. Mildred Willis's recipe for green tomato cake had narrowly lost to Mrs. Pamela Diamond's cold-oven cake after "a half hour or longer" of deliberation. Only Diamond's winning recipe appeared in the paper and disappointingly, there was no description given of the green tomato cake at all. Willis shared that she had made the cake for friends and family for special occasions over the years but that she had only decided to enter the contest at the urging of at least five of her neighbors. How good must this cake be if she had been making it all these years, had neighbors clambering for the recipe and the judges deliberated a full 30 minutes before deciding to award her second place?

The appeal of a green tomato cake is obvious. First off, who doesn't love cake? Secondly, every gardener (or eater) knows that once fall hits, your tomato days are numbered. After the first frost, tomatoes stop ripening, and farmers and gardeners need to harvest them before the vine starts to rot. You can do what my mother did and wrap the picked tomatoes in newspaper to hopefully ripen over the next few weeks on the counter. But you can also use them as-is in their crisp, unripened state.

Over the years I've defaulted to making fried green tomatoes to use them up but once I made this cake, I didn't have any green tomatoes left to fry. I've made a massive amount of these old-fashioned fruit desserts the last few months, yet this is the one that people asked for again and again. It's so moist and flavorful; similar to an apple spice cake but with a brighter, crisper, almost citrusy flavor, and a lighter texture. I'm not sure if my cake has any similarities to the ones referenced in the newspaper articles, but I feel confident they would agree it was a winner.