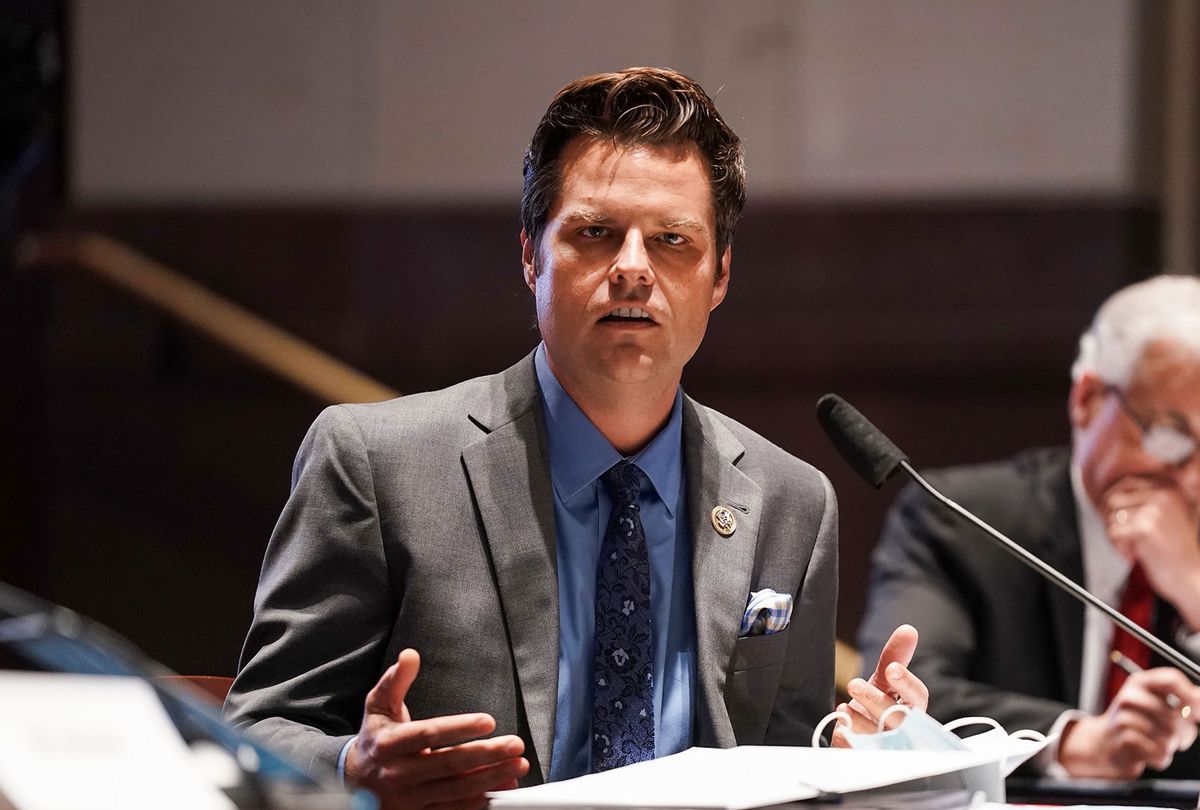 According to a bombshell report from the Washington Post, Rep. Matt Gaetz (R-FL) was filmed promising Donald Trump advisor Roger Stone clemency from the "boss" as he prepared to stand trial in 2019.

In a video clip taken by a documentary filmmaker following Stone, Gaetz spoke with him in Florida after he complained that federal prosecutors were pressing him to turn on the now-former president.

According to the report, "At an event at a Trump property that October, Rep. Matt Gaetz (R-Fla.) predicted that Stone would be found guilty at his trial in Washington the following month but would not 'do a day' in prison."

In the video, which can be seen here or below, Gaetz told Stone, "The boss still has a very favorable view of you," adding he "said it directly," before claiming, "I don't think the big guy can let you go down for this."

The Washington Post report adds, "Gaetz at one point told Stone he was working on getting him a pardon but was hesitant to say more backstage at the event, in which speakers were being filmed for online broadcast. 'Since there are many, many recording devices around right now, I do not feel in a position to speak freely about the work I've already done on that subject,' Gaetz said."

Gaetz also added, "They're going to do you, because you're not gonna have a defense," Gaetz told Stone.

The recording, the Post reports, was picked up by a lapel microphone Stone was wearing as part of the documentary filming.