“It once again shows just what a terrible guy this is, what a heinous human being," Scarborough said of Trump 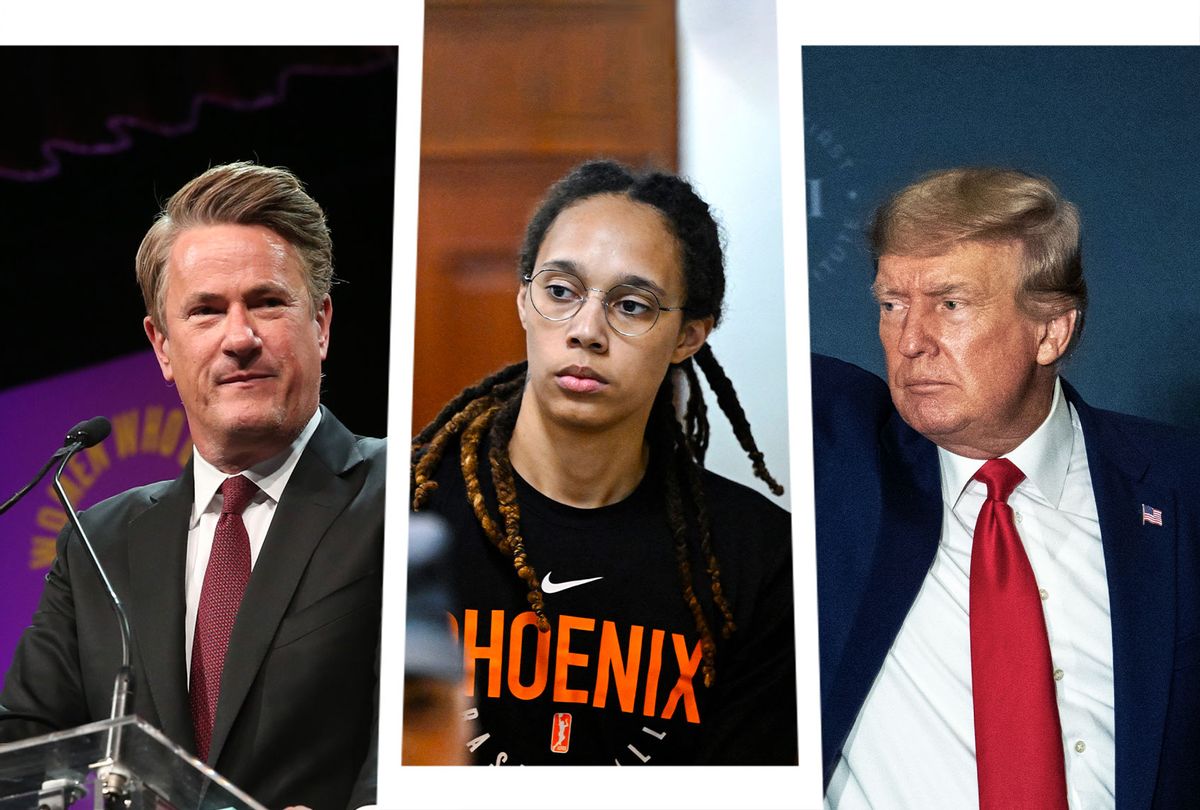 "It once again shows just what a terrible guy this is, what a heinous human being. How cruel it is," he added. "And you cannot help but wonder if he's saying that because she's a black basketball player."

Scarborough's comments came after Trump suggested that the U.S. was getting played by Russia amid reports of a possible prisoner exchange between Griner and Viktor Bout, a Russian arms dealer who was convicted in 2011 of conspiracy to kill U.S. citizens and officials. Griner, by contrast, pleaded guilty last month to possessing vaporizer cartridges containing hash oil at a Russian airport.

"It certainly doesn't seem like a very good trade, does it?" Trump said of the deal. "[Bout's] absolutely one of the worst in the world, and he's going to be given his freedom because a potentially spoiled person goes into Russia loaded up with drugs."

Griner, an Olympic gold medalist, has been detained in Russia since February and has since undergone what critics call a "show trial," where her legal outcome was predetermined.

On top of Griner, U.S. officials have also reportedly asked for the release of Paul Whelan, a former U.S. marine who was arrested in 2018 by Russian authorities on espionage charges and is currently serving a 16-year sentence.

On Monday, CNN reported that Russian authorities threw a wrench into the deal by also requesting the release of Vadim Krasikov, a former Russian colonel who was convicted in Germany of assassinating Zelimkhan Khangoshvil, a former platoon commander for the Chechen Republic of Ichkeria. Sources told CNN that the counteroffer is problematic because Krasikov is currently being detained in Germany.