Plus, the absolute worst way 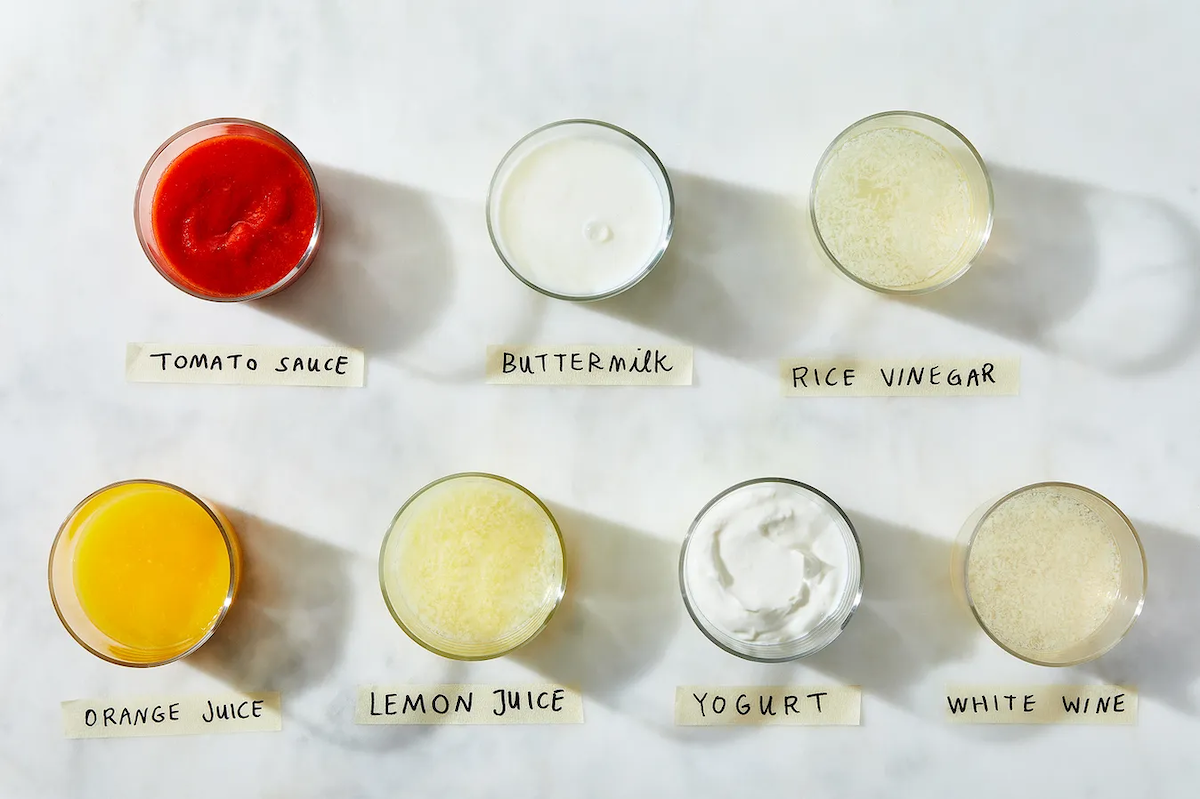 In Absolute Best Tests, Ella Quittner destroys the sanctity of her home kitchen in the name of the truth. She's boiled dozens of eggs, mashed a concerning number of potatoes, and seared more Porterhouse steaks than she cares to recall. Today, she tackles marinated chicken.

I used to think that marinades were pointless. Or, more accurately, I wasn't really sure what they did for flavor — blame the honey mustard craze of my youth. I wasn't sure how or why I might employ one to lock in moisture when I could simply dry brine. So more often than not, I skipped them.

And then, a few years ago, my then-colleague Eric fed me a little bite of salmon. The bite was like none I'd ever had: it was juicier than a peach, despite being cooked to flake-stage, and its flavor carried the whole way through, rather than presenting as a surface-level jacket. He was developing a recipe for marinated salmon, and each day for a few weeks, I'd get a taste of a slightly tweaked recipe. Each bite of marinated protein was better than the last. I was hooked.

And so, I began to dabble. I began with prolific food scientist Harold McGee, to parse the true purpose and definition: "Marinades are acidic liquids, originally vinegar and now including such ingredients as wine, fruit juices, buttermilk, and yogurt, in which the cook immerses meat for hours to days before cooking," McGee writes in On Cooking. "They have been used since Renaissance times, when their primary function was to slow spoilage and to provide flavor. Today, meats are marinated primarily to flavor them and to make them more moist and tender."

From there, I'll admit I became a little obsessed, and I'll also admit that I began to marinade probably more than I should, possibly at one point marinating a single scallop in a six-ingredient concoction. The details don't matter. What matters is that when the assignment to test as many marinades for chicken as I could fit in my (tiny) refrigerator came through, I responded affirmatively so quickly, I basically sprained my left thumb. Here are the results.

I tested with the most cursed (least juicy) of meats: boneless skinless chicken breast. For each trial, I cut the breast into 2-by-2 inch chunks of roughly the same thickness. I did this to keep the results consistent, but also because through my completely normal dalliances with marinades over the years, I've found that the effects on flavor and tenderness tend to be more pronounced with a smaller cut of protein wherein a high proportion of the meat has surface area than, say, a whole bird (see Round 2).

In each test, I covered two chunks with just enough of the marinade agent to fully cover (which for me was about 6 ounces) + Diamond Crystal kosher salt (1/2 tsp) + minced garlic (1 large clove). Using whole Kosher salt in the solution seemed counterintuitive because it didn't dissolve at first, but everything I read led me to believe it would work within the marinade like a dry brine, drawing out liquid from the meat and dissolving into the flavored liquid replacing it.

I marinated each set of chunks — really, so sorry to have to keep using the word "chunks" — for three hours, and six hours, doing a cooking test after each increment. To test each chicken chunk (we're doing this), I seared the chicken in a hot Dutch oven with about a teaspoon of high heat friendly oil on all sides, just until cooked through.

By the three-hour mark, the most tenderizing marinades were lemon juice, tomato sauce, orange juice, and yogurt. The buttermilk-marinated chicken was barely more tender than an unmarinated piece. (Thank god I've found a synonym for chunk. It's piece!) The rice vinegar-marinated chicken was about half as tender as the extremely tender aforementioned pieces. By the six-hour mark, the most tenderizing marinades were the same — orange juice, lemon juice, tomato sauce, and yogurt — with the addition of rice vinegar. The buttermilk-marinated chicken was a bit more tender than before, but still not quite as soft as the others.

On the flavor front, by the three-hour mark, the lemon juice, orange juice, tomato sauce, and wine had all penetrated the meat extremely thoroughly. Only the lemon juice also carried the flavor of garlic into the chicken. At the six-hour mark, rice vinegar again joined the bunch. Bizarrely, the garlic essence (also my signature perfume, and also all of my passwords) had disappeared from the lemon juice-chicken by the six hour mark, but the garlicky flavor appeared in the six hour white wine-chicken. The flavors of buttermilk and yogurt were not particularly palpable in the three-hour tests, but were subtle and delicious in the six-hour tests. Overall, I was most taken with how deeply and profoundly the wine flavor made its way into the meat in very little time, as when this type of marinade is the basis of dishes like Drunken Chicken.

One common complaint about marinades is that, even with more than enough time, depth of penetration can be limited. (Say, if you're cooking meat that isn't carved into perfect and tiny 2-by-2 inch chunks. Say, a situation like that.) The good people behind AmazingRibs.com write, "Marinades, unless they are heavy with salt, in which case they more properly are called brines, do not penetrate meats very far, rarely more than 1/8″, even after many hours of soaking. Especially in the cold fridge where molecules are sluggish. They can enter tiny pores and cracks in the surface but that's about it."

As such, for each test in this round, I tested different application techniques, all with a rice vinegar marinade, to see if I could get the solution to work its magic deeper than just the surface.

Scoring the pieces of chicken about 1/3-inch deep significantly enhanced the flavor absorption and expedited the tenderizing effects of the rice vinegar marinade at the three-hour mark, as compared to the submerged only-chicken. By the six-hour mark, the scored chicken was rubbery and over-penetrated, though I suspect a larger piece and/or bone-in breast would have appreciated the extra hours, and perhaps deeper scoring.

I am sad to report that while I bought a truly terrifying tool off Amazon to inject vinegar and little bits of garlic into cold meat, the tool did virtually nothing. The marinade dribbled right out. I'm so glad real syringes don't work like this. So, so glad. I suspect that were I marinating something huge, like pork tenderloin, I could have used heft, gravity, and twine to my advantage to keep at least some of the injected marinade in place, but for the small pieces I was working with, injection was a bust.