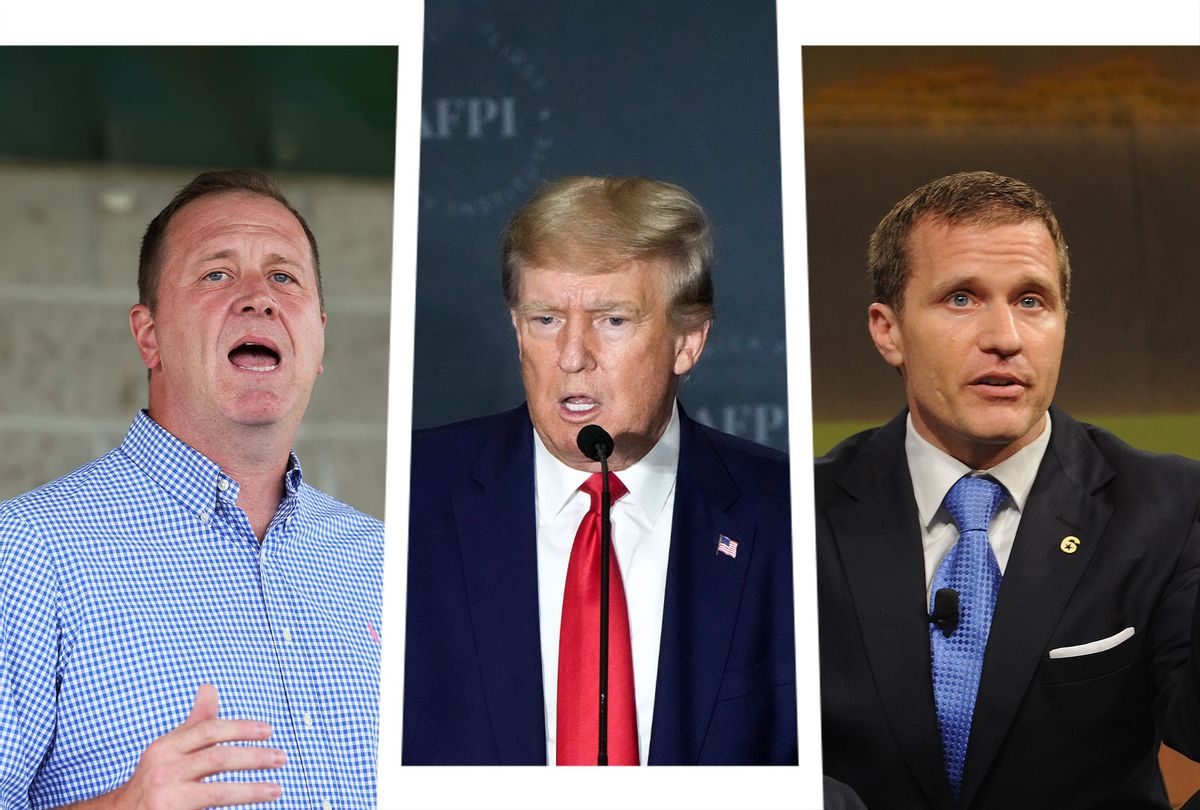 Much to the confusion of his party, Donald Trump on Tuesday endorsed "ERIC" in Missouri's GOP Senate primary, even though there three candidates named "Eric" in the race.

"I trust the Great People of Missouri, on this one, to make up their own minds, much as they did when they gave me landslide victories in the 2016 and 2020 Elections, and I am therefore proud to announce that ERIC has my Complete and Total Endorsement!" Trump said in a statement this week, arguing that the GOP "must send a MAGA Champion and True Warrior to the U.S. Senate, someone who will fight for Border Security, Election Integrity, our Military and Great Veterans, together with having a powerful toughness on Crime and the Border."

Asked which Eric the president has officially thrown his weight behind, Trump's team told NBC that the "endorsement speaks for itself."

Immediately after Trump's public statement, Greitens tweeted that he was "honored to have the support of President Trump! We will MAGA!"

Schmitt likewise tweeted: "It is truly an honor to have President Trump's endorsement in the Senate race." Schmitt also said that he is "the only America First candidate in this race.

Both Erics claimed to have received an election eve phone call from the former president as well.

Trump's apparent dual endorsement comes amid significant party divisions over who Trump should back in the race. Some members of the former president's inner circle have urged Trump to refrain from supporting Greitens over the candidate's alleged history of physical abuse and sexual misconduct. However, others have encouraged Trump to back Greitens, deeming him the only bona fide MAGA candidate in the race.

Opposition to Greitens has in large part been fueled by the anti-Greitens super PAC Show Me Values, which has poured some $6 million into attack ads highlighting the former governor's problematic past. Meanwhile, both of the state's senators – Sens. Josh Hawley, R-Mo., and Roy Blunt, R-Mo., who is retiring – have called on Greitens to bow out of the race.

According to a survey conducted last by Emerson Polling and The Hill, Schmitt is currently leading the pack, with Greitens trailing behind at 16 percent.