Unless they're "willing to end the filibuster, there's no reason to take it seriously," advocate says 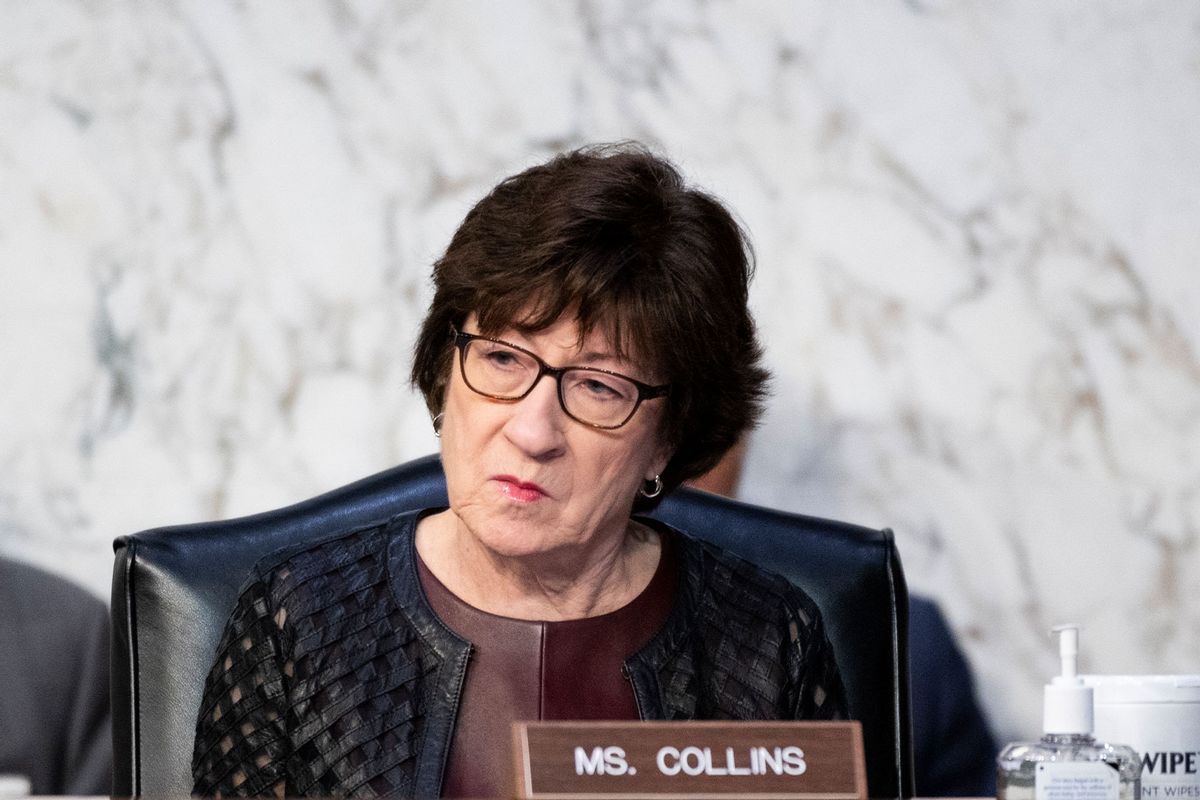 As GOP-led states continue working to further restrict reproductive freedom in the wake of the U.S. Supreme Court's late June ruling, some progressive advocates on Monday responded critically to the introduction of bipartisan abortion rights legislation.

NARAL Pro-Choice America president Mini Timmaraju declared that "this bill is just another political stunt that would not actually address the abortion rights and access crisis that has pushed care out of reach for millions of people already."

"Unless these senators are willing to end the filibuster to pass this measure, there's no reason to take it seriously," Timmaraju added.

According to the co-sponsors, the Reproductive Freedom for All Act would:

NARAL noted that in February, then again in May—after a draft of the Dobbs decision leaked—both Collins and Murkowski refused to support the Women's Health Protection Act (WHPA), a Democrat-led bill to codify Roe, the 1973 decision that affirmed the constitutional right to abortion until it was recently overturned by the high court's far-right majority.

At least 10 Republican senators would have to join with the Democratic caucus to pass a bill, due to the filibuster rule that is backed by not only the GOP, but also Sinema and Sen. Joe Manchin, D-W.Va., who notably opposed WHPA.

"Senate Republicans have been crystal clear about where they stand on abortion," NARAL said, pointing out that ahead of the Dobbs ruling, "47 GOP senators signed onto amicus briefs calling on the court to end" Roe.

It's not clear that Senate Majority Leader Charles E. Schumer (D-N.Y.) would bring up the bill for a vote ahead of the midterm elections in November. There has been disagreement in the Democratic caucus on whether a bipartisan bill that has no chance of passage should be brought forward, which would make it more difficult for Democratic candidates to contrast themselves with Republicans. And many Democrats, Kaine said, would prefer the Democratic version of the bill, the Women's Health Protection Act, which includes fewer limitations on abortion.

"What the four of us were trying to do was put a statutory minimum in place that replicated what the law was a day before Dobbs," he said.

The newspaper noted that Kaine also admitted their proposal does not have the support of 10 Republican senators.

Last week, Sen. Joni Ernst, R-Iowa, blocked the Right to Contraception Act. Because Sen. Ed Markey, D-Mass., tried to pass the House-approved bill by unanimous consent, other GOP senators were not required to weigh in.