Rep. Peter Meijer's defeat comes after the DCCC painted his opponent as being “too conservative for West Michigan" 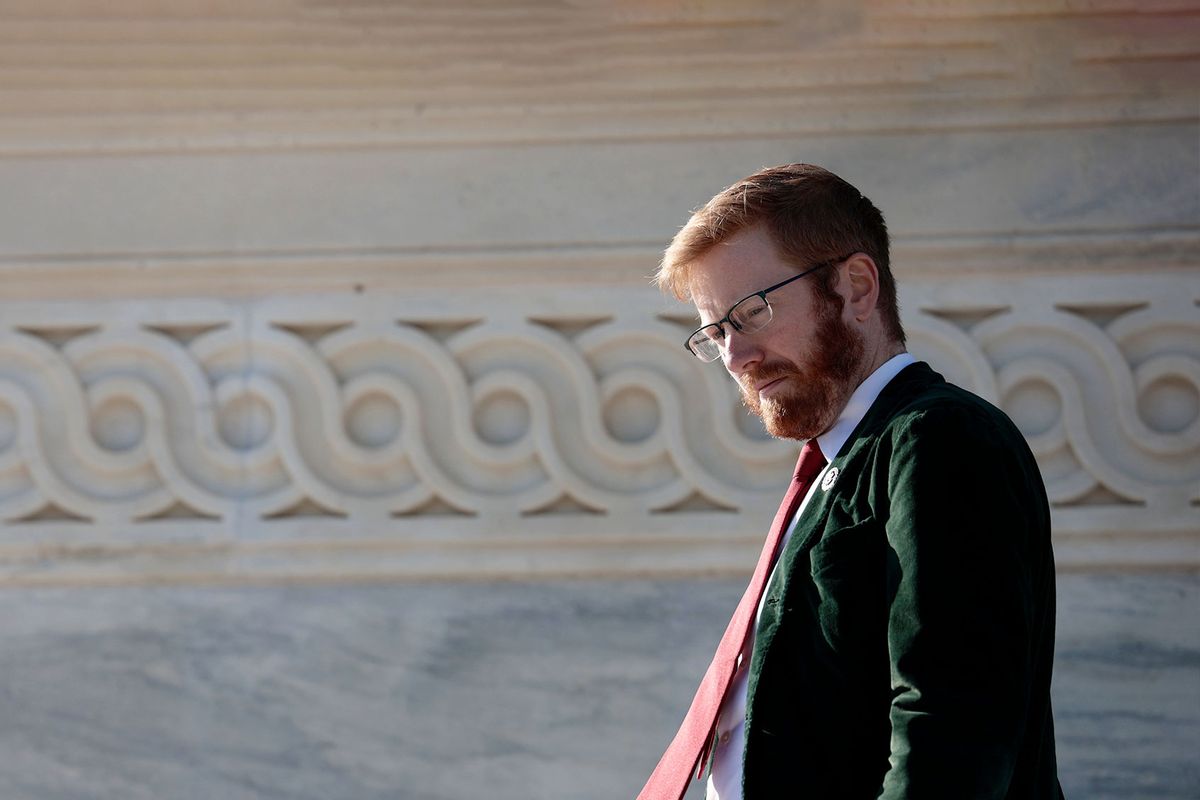 A Trump-backed congressional candidate from Michigan ousted U.S. Rep. Peter Meijer, R-Mich., who voted to impeach the former president, in the state's general election on GOP primary on Tuesday.

John Gibbs, a little-known but ardent election-denier, beat out Meijer to represent Michigan's 3rd Congressional District, with the incumbent officially conceding around 2 a.m. on Wednesday, according to The Detroit Free Press. With 88% of the votes tallied by Wednesday morning, Gibbs was leading 52% to 48%, solidifying the former president's sway over the future of the Republican Party.

"This was a hard-fought primary campaign and I want to thank everyone in west Michigan for their support," Meijer said in his concession speech. "I also want to congratulate my opponent, John Gibbs, on his victory tonight."

Gibbs, a Trump-appointed former official at the Department of Housing and Urban Development, received the former president's imprimatur last November, just days after declaring his congressional bid. He has a history of making outlandish remarks.

Back in 2016, he baselessly accused John Podesta, the chairman of Hillary Clinton's 2016 presidential campaign, of participating in a "Satanic ritual." He has also said that the Democratic Party is the party of "Islam, gender-bending, anti-police." More recently, in July, Gibbs called the 2020 election results, for which there is no evidence of widespread voter fraud, "mathematically impossible."

Shortly after Meijer's defeat, the Republican lawmaker blasted the Democratic Congressional Campaign Committee (DCCC) for releasing ads that attempted to paint the lawmaker as being "too conservative for West Michigan."

"You would think that the Democrats would look at John Gibbs and see the embodiment of what they say they most fear," Meijer wrote in an op-ed this week. "That as patriots they would use every tool at their disposal to defeat him and similar candidates that they've said are an existential threat. Instead they are funding Gibbs."

RELATED: Democrats are boosting extremists in GOP primaries to get easier matchups — but it could backfire

Meijer's comments are in reference to reporting that Democrats are deliberately boosting the prospects of far-right MAGA candidates in the primaries to get easier matchups in the general – a strategy that was lampooned by numerous politicians and pundits for its potential to backfire.

According to POLITICO, the DCCC poured roughly $425,000 into their failed anti-Gibbs ad blitz.

Also on this week's chopping block are Reps. Jaime Herrera Beutler, R-Wa., and Dan Newhouse, R-Wa., both of whom were two of ten Republicans to back Trump's impeachment after the Capitol riot. As of Wednesday morning, both Beutler and Newhouse's races were too close to call, according to the Associated Press. Both face a crowded field of competitors. However, unlike Meijer, they will benefit from a nonpartisan primary that allows the two top vote-getters to proceed to the general election.