In rare cases, the weakened live poliovirus in the vaccine can mutate, regain virulence, and cause polio 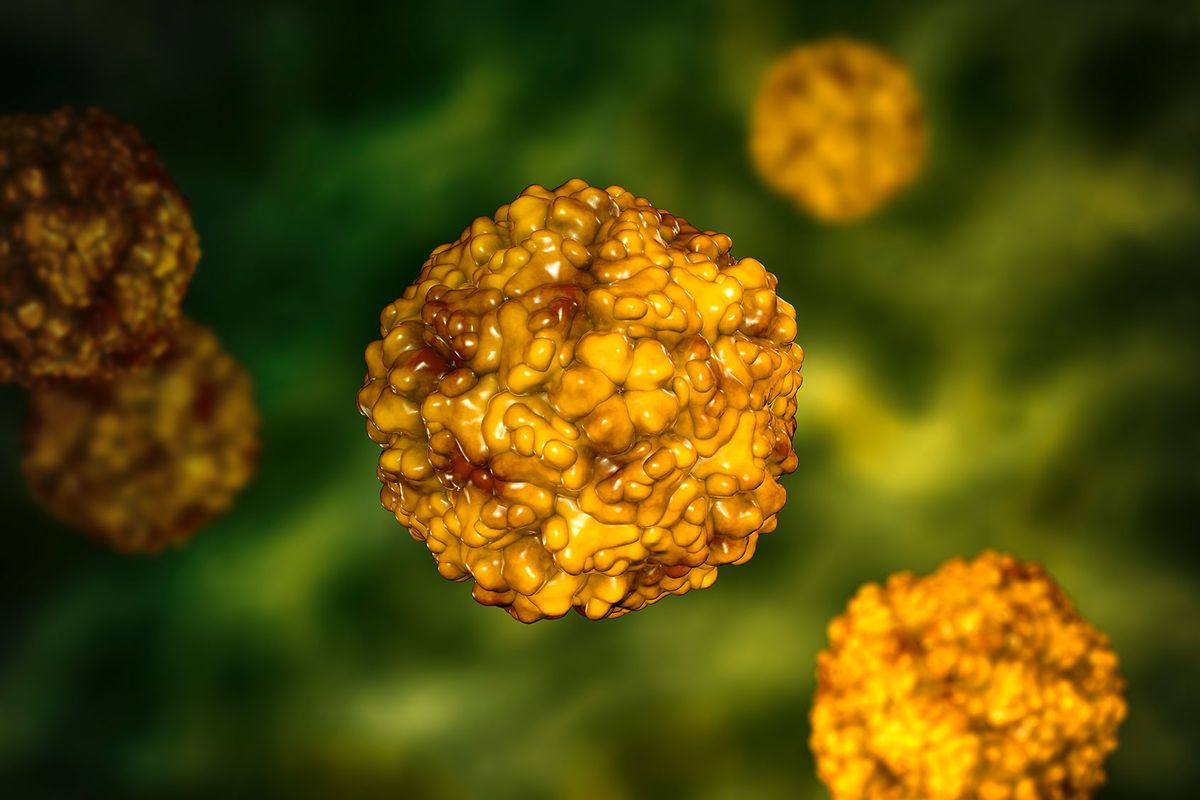 No one studying polio knew more than Albert Sabin, the Polish-American scientist whose vaccine against the crippling disease has been used worldwide since 1959. Sabin's oral vaccine provides lifelong immunity. It has one drawback, which Sabin, who died in 1993, fiercely disputed: In rare cases, the weakened live poliovirus in the vaccine can mutate, regain virulence, and cause polio.

Those rare mutations — one of which appears to have paralyzed a young man in Rockland County, New York, who belongs to a vaccine-resistant Hasidic Jewish community, officials there reported July 21 — have taken center stage in the global campaign to eradicate polio, the largest international public health effort in history.

When the World Health Organization-led campaign started in 1988, its goal was to rid the world of polio by 2000.

By 2015, polio was nearly eradicated everywhere but Pakistan and Afghanistan. But by 2020, cases had been reported in 34 countries, mostly in sub-Saharan Africa and Asia. Although the numbers have declined in the past 18 months, a few cases have cropped up in Ukraine and Israel, poliovirus was detected in sewage in London last month, and now there's the case north of New York City, the first U.S. case since 1993.

But the nature of the polio threat has shifted. "Natural" or "wild" polio circulates in only a few war-torn areas of Pakistan and Afghanistan, where gunmen have killed scores of polio vaccinators.

Nearly all the world's other cases, paradoxically, derive from mutations in the weakened virus that constitutes the vaccine. Sabin designed the vaccine virus to infect people's intestines without making them sick, but in rare cases the vaccine virus mutates into a dangerous form while passing through the vaccinated person's gut.

In these instances, it goes in like a lamb but comes out like a lion, capable of paralyzing unprotected people who ingest the virus as a result of imperfect hygiene, after contact with things like diapers or bath towels that contain traces of an infected person's feces.

Poliovirus has three types. Type 2, the version that causes nearly all vaccine-associated polio cases, paralyzes as few as 1 in 1,000 people it infects. Others might not get sick at all or have typical viral symptoms like a runny nose or diarrhea.

Rockland County officials say their polio case may have been infected in the United States, but the virus must have originated from a country where the oral polio vaccine is still given — generally in Asia or Africa. In the United States, since 2000 doctors have administered a different vaccine, a shot, invented by Dr. Jonas Salk in 1955, that contains killed, or inactivated, polio viruses.

Given how rarely a polio infection results in paralysis, the Rockland County case suggests other people in the community may be carrying the virus. How many is under investigation, said county health department spokesperson Beth Cefalu. Scientists have detected poliovirus in county wastewater but have no idea how many others are infected, Cefalu said in a news release July 26.

If the patient acquired the virus in the United States, "it would suggest there could be substantial transmission at least in that area," said Dr. Walter Orenstein, an Emory University professor who headed the U.S. vaccination program from 1988 to 2004. That puts the pressure on the Centers for Disease Control and Prevention to figure out the best way to stop any chains of infection, he said.

As of July 22, county health officials had set up inactivated polio vaccine clinics and sent 3,000 letters to parents of children in the county whose routine vaccinations — including for polio — were not up to date.

However, while the Salk vaccine prevents paralysis, and is very effective at protecting a community from infection, in situations where polio is widely circulating a Salk-vaccinated person could still carry polio germs in their intestines and spread them to others.

Depending on the number of people infected in the community, the CDC might consider bringing in a newer live vaccine product, known as novel oral polio vaccine Type 2, or nOPV2, that is less likely to mutate into a virulent form, Orenstein said.

However, the new oral vaccine is not licensed in the United States and would require considerable bureaucratic movement to be approved under an emergency authorization, Orenstein said.

To complicate matters further, outbreaks of vaccine virus-derived polio increased, mostly in sub-Saharan Africa, after global health leaders declared that Type 2 poliovirus had been eradicated in the wild and they removed that virus type from the vaccine. Unfortunately, mutant forms of Type 2 originating in the vaccine continued to circulate, and outbreaks mushroomed, Orenstein said. Although nearly 500 million doses of the new vaccine have been administered, according to Dr. Ananda Bandyopadhyay, a polio program leader at the Bill & Melinda Gates Foundation, some areas with circulating mutant viruses haven't started using the new vaccine yet.

The chances of a major outbreak tied to the Rockland County case are slim. The virus can spread widely only where there is low vaccine coverage and poor surveillance of polio cases, said Dr. David Heymann, a professor of epidemiology at the London School of Hygiene and Tropical Medicine and former director of the world's polio eradication effort.

Rockland County has ample experience battling vaccine-preventable outbreaks. In 2018 and 2019, the county fought a measles epidemic of 312 cases among followers of anti-vaccine Hasidic rabbis.

Scientists think polio can be eradicated from the world by 2026, said Bandyopadhyay, but at a price of $4.8 billion — and much of that sum remains to be raised from donor countries and charities.

The U.S. polio case offers an unsubtle reminder, he said, "that polio is potentially a plane ride away as long as the virus still exists in some corner of the world."