"I just feel sorry for everybody, including these whackjob leftists and lawyers," Jones said Wednesday night 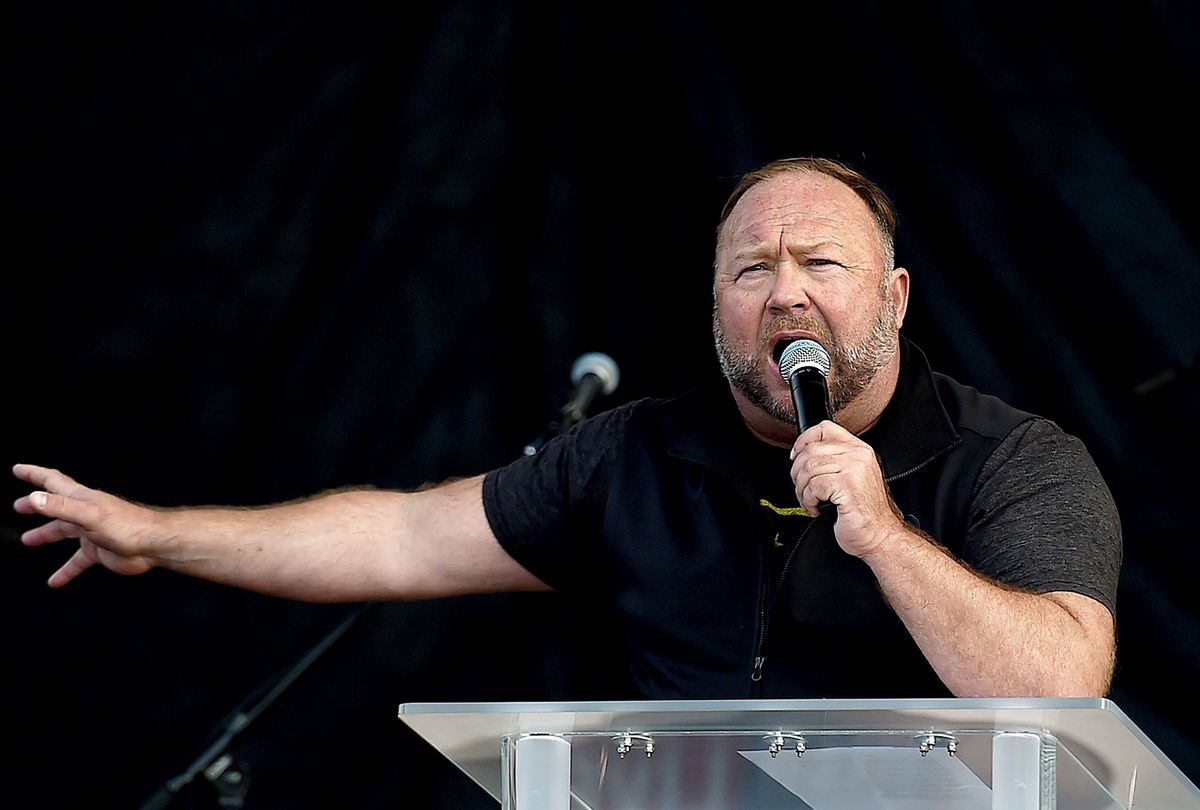 US far-right radio show Alex Jones speaks to supporters of US President Donald Trump as they demonstrate in Washington, DC, on December 12, 2020, to protest the 2020 election. (OLIVIER DOULIERY/AFP via Getty Images)
--

The drama between Jones and the families of Sandy Hook Elementary School massacre victims ballooned earlier in the afternoon when the plaintiff's lawyer Kyle Farrar revealed that Jones' defense attorney Federico Reynal had accidentally sent him the contents of Jones' phone. That mishap immediately raised suspicions that Jones had perjured himself in prior testimony.

Gamble even accused Jones of violating his oath to tell the truth. By the evening, Jones had become incensed.

"And she said, 'I'm gonna instruct the jury that you're a liar tomorrow.' I mean, it's unprecedented. This – you ordered my lawyer to violate attorney-client privilege and tell her about our private conversations, which is just unprecedented. I mean, this is like a tour-de-force of how to violate people's rights," Jones said in a phone call. "It's unbelievable and I just feel sorry for everybody, including these whackjob leftists and lawyers and the judge and they are all just over the deep end and have no idea what they're doing. She also made this really weird statement where she said, 'you believe everything you say is the truth.'"