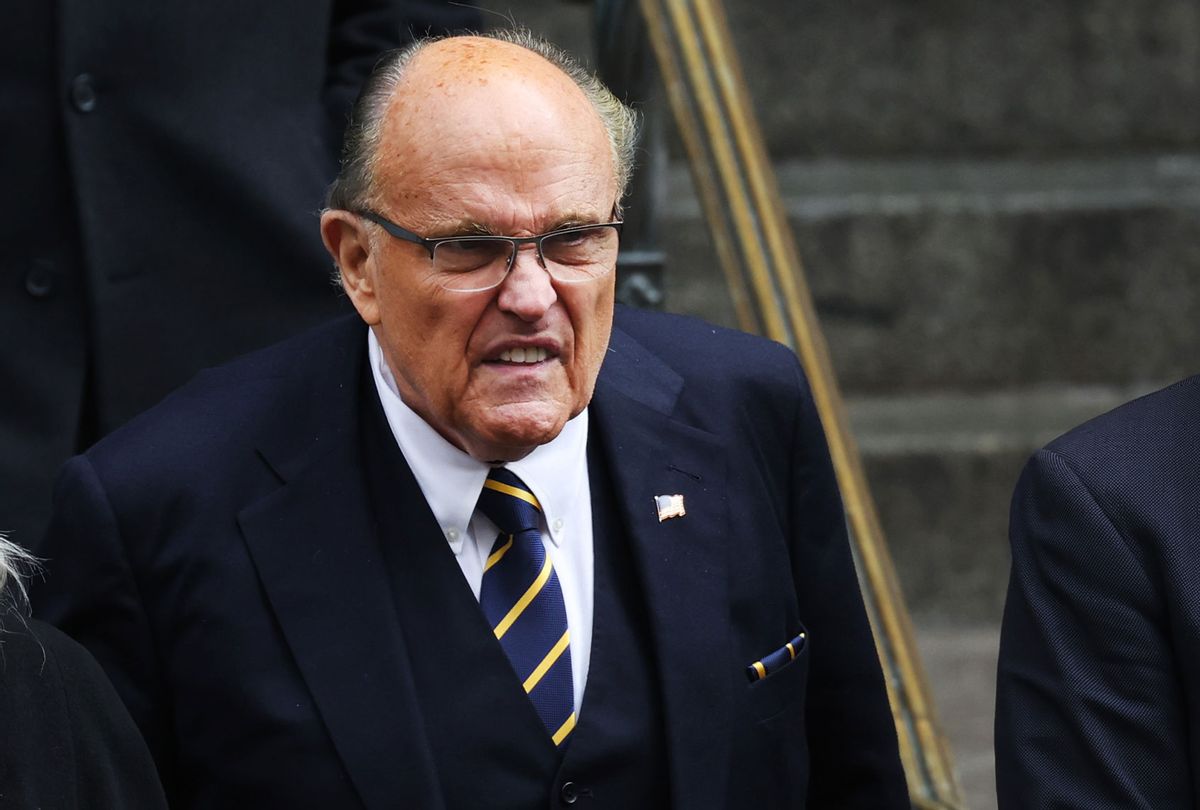 On Steve Bannon's "War Room" on Wednesday, during a segment in which Bannon was criticizing Fox News for giving so much coverage to former Vice President Mike Pence instead of former President Donald Trump, Rudy Giuliani complained bitterly about how Fox News doesn't invite him on as a guest anymore — and in particular how they didn't invite him on for the most recent anniversary of the September 11 attacks.

"Would Roger Ailes have tolerated — the other day, Donald Trump returns to Washington, D.C. for the first time since he left, to give a keynote address on law and order and anarchy in our major cities. Mike Pence gives a seventeen minute bromides for a high school kid, cut and paste, absolutely ridiculous, they cover seventeen minutes and they blow a commercial break, which is like a mortal sin over at Fox, right? They blow a commercial break to cover all of it. Why do they have a thumb on the scale for a loser and a coward like Mike Pence, and they're up against, trying to defeat again, Donald J. Trump?"

"Well, I mean, they were doing it back then back before they realized Trump was going to win and they wanted to go with the winner," said Giuliani. "That whole thing with Roger was a setup because, they thought they were going to have to move to the left, so that's where they are now. I mean, how could they not have me on on September 11th? They went through September 11 as if I never existed. I mean, it's amazing. They're part of the make-up-history-the way-they-want-it-to-be-network.

Giuliani was famously mayor of New York City during 9/11 and earned adoration from the media for being on scene and speaking to the affected during the crisis. Since then, he has also famously tried to leverage 9/11 for his political career repeatedly, even running for president in 2007 and asking supporters for $9.11 in a fundraiser.

Fox News quietly stopped inviting Giuliani onto the network after he became closely entangled in the plot to overturn the 2020 presidential election — at a time when Fox itself started coming under defamation suits for falsely claiming various people and companies were involved in rigging votes. Giuliani has repeatedly attacked the network for this decision.

Bannon, who has also been under investigation for his role in the plot and the January 6 attack on the U.S. Capitol, was recently convicted on two counts of contempt of Congress for his refusal to cooperate with House investigators.