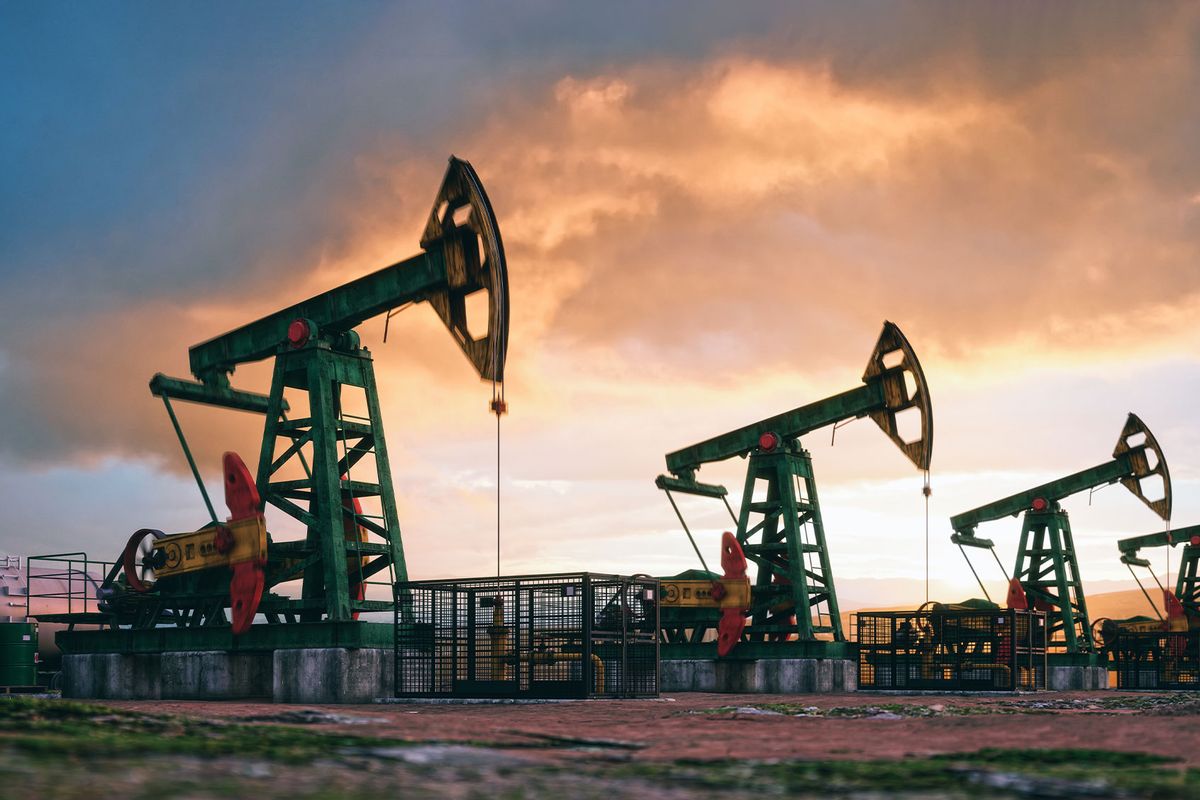 UN Secretary-General António Guterres unveiled a new report Wednesday about the global effects of Russia's invasion of Ukraine and took aim at the fossil fuel sector, which has been widely accused of war profiteering.

"Household budgets everywhere are feeling the pinch from high food, transport and energy prices, fueled by climate breakdown and war," Guterres said at UN headquarters in New York. "This threatens a starvation crisis for the poorest households, and severe cutbacks for those on average incomes."

"Many developing countries — drowning in debt, without access to finance, and struggling to recover from the COVID-19 pandemic — could go over the brink," he warned. "We are already seeing the warning signs of a wave of economic, social and political upheaval that would leave no country untouched."

It's time to nationalize the fossil fuel industries: That'll trigger the right!

Guterres outlined key takeaways from the third brief of the Global Crisis Response Group on Food, Energy, and Finance — which first met in March, about a month after the Russian invasion.

"First, it is immoral for oil and gas companies to be making record profits from this energy crisis on the backs of the poorest people and communities, at a massive cost to the climate," he declared. "The combined profits of the largest energy companies in the first quarter of this year are close to $100 billion."

The UN chief added, "I urge all governments to tax these excessive profits, and use the funds to support the most vulnerable people through these difficult times. And I urge people everywhere to send a clear message to the fossil fuel industry and their financiers: This grotesque greed is punishing the poorest and most vulnerable people, while destroying our only home."

Along with blasting the fossil fuel industry, Guterres called out rich countries for refusing to do their part to help the global South transition to clean energy.

"Developing countries don't lack reasons to invest in renewables. Many of them are living with the severe impacts of the climate crisis including storms, wildfires, floods, and droughts. What they lack are concrete, workable options," he said. "Meanwhile, developed countries are urging them to invest in renewables, without providing enough social, technical, or financial support."

"All countries — and especially developed countries — must manage energy demand. Conserving energy, promoting public transport, and nature-based solutions are essential," he stressed. "We need to accelerate the transition to renewables, which in most cases are cheaper than fossil fuels."

Guterres added that "private and multilateral finance for the green energy transition must be scaled up," citing an estimate from the International Energy Agency that "renewable energy investments need to increase by factor of seven to meet the net-zero goal."

The new UN report, which follows briefs released in April and June, "aims to achieve the energy equivalent of the Black Sea Grain Initiative, by managing this energy crisis while safeguarding the Paris agreement and our climate goals," Guterres explained.

The Black Sea Grain Initiative is an agreement between Russia and Ukraine, negotiated with Turkish and UN leaders, to help address global food shortages by safely transporting grain from Ukrainian ports. The first involved ship left Odesa on Monday and, after an inspection, was allowed to proceed to Lebanon on Wednesday.

While welcoming the Monday departure as "an enormous collective achievement," the UN leader also called for an end to the war, a message he reiterated in his Wednesday remarks.

"The war in Ukraine continues to have a devastating impact on the people of that country," he said. "Civilians are dying in the most tragic circumstances every day. Millions of lives have been destroyed, or put on hold."

"This war is senseless," Guterres added, "and we must all do everything in our power to bring it to an end through a negotiated solution in line with the UN Charter."