Trump’s lawyers in talks with DOJ amid worries he “could be indicted”: report 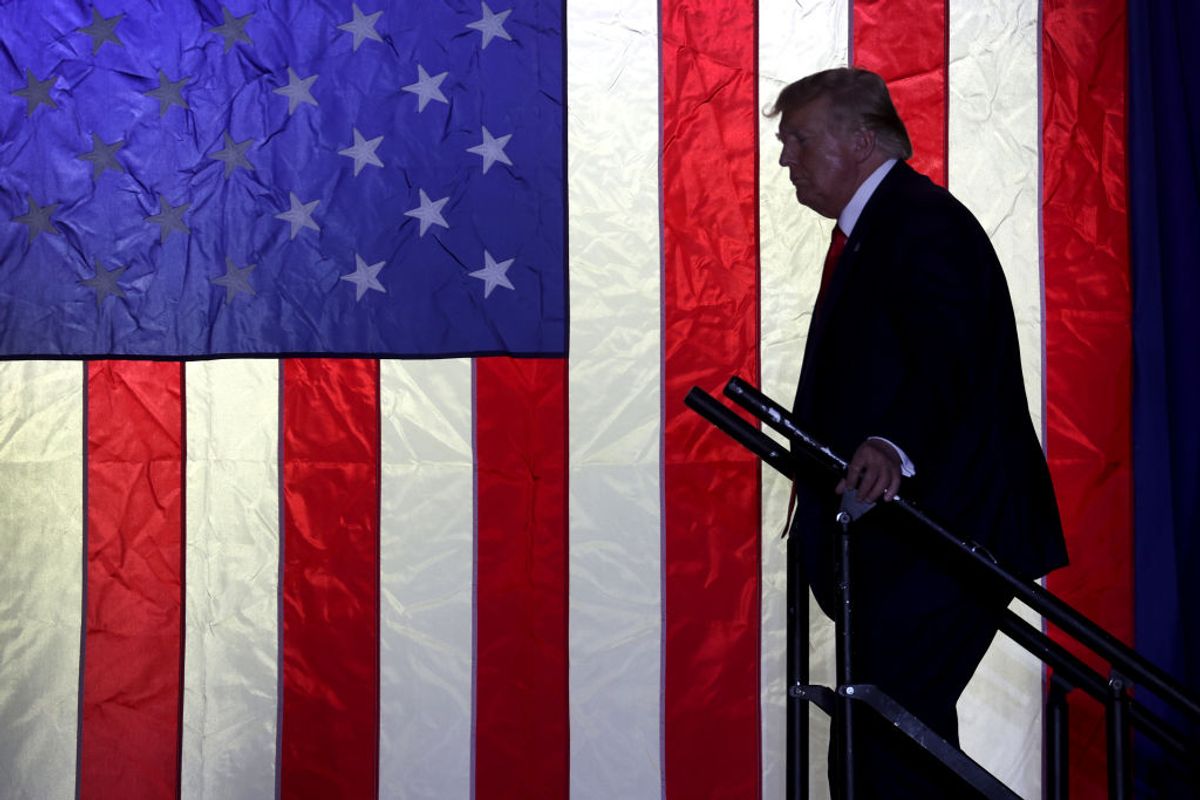 Former President Donald Trump's attorneys are reportedly worried about his legal exposure in the Department of Justice's probe into his actions leading up to and during the January 6th Capitol riots.

CNN crime and justice reporter Katelyn Polantz on Friday discussed the direct contact made in recent days between the DOJ and Trump's legal team, and she said the conversations revolve around the invocation of executive privilege regarding conversations White House lawyers had with Trump about various actions he wanted to take after he lost the 2020 election to President Joe Biden.

Polantz said that some witnesses subpoenaed by the DOJ to testify "have not been willing at this time to talk about direct conversations they had or witnessed with Trump," which is forcing the DOJ to go to court to compel their testimony.

Polantz also said that disputes have broken out between Trump and his legal team about his efforts to contact witnesses who are being subpoenaed by the DOJ.

"What's also pretty telling is what we are learning is happening behind the scenes with Trump and his lawyers," she said. "Our reporting team on this, we have heard from multiple sources that there is concern among Trump's lawyers that he could be indicted. They are working on defense strategies right now. But Trump being Trump, he's skeptical... we have heard he's still keeping ties with people who may become central in this probe, even though his advisers tell him that may not be the best idea."