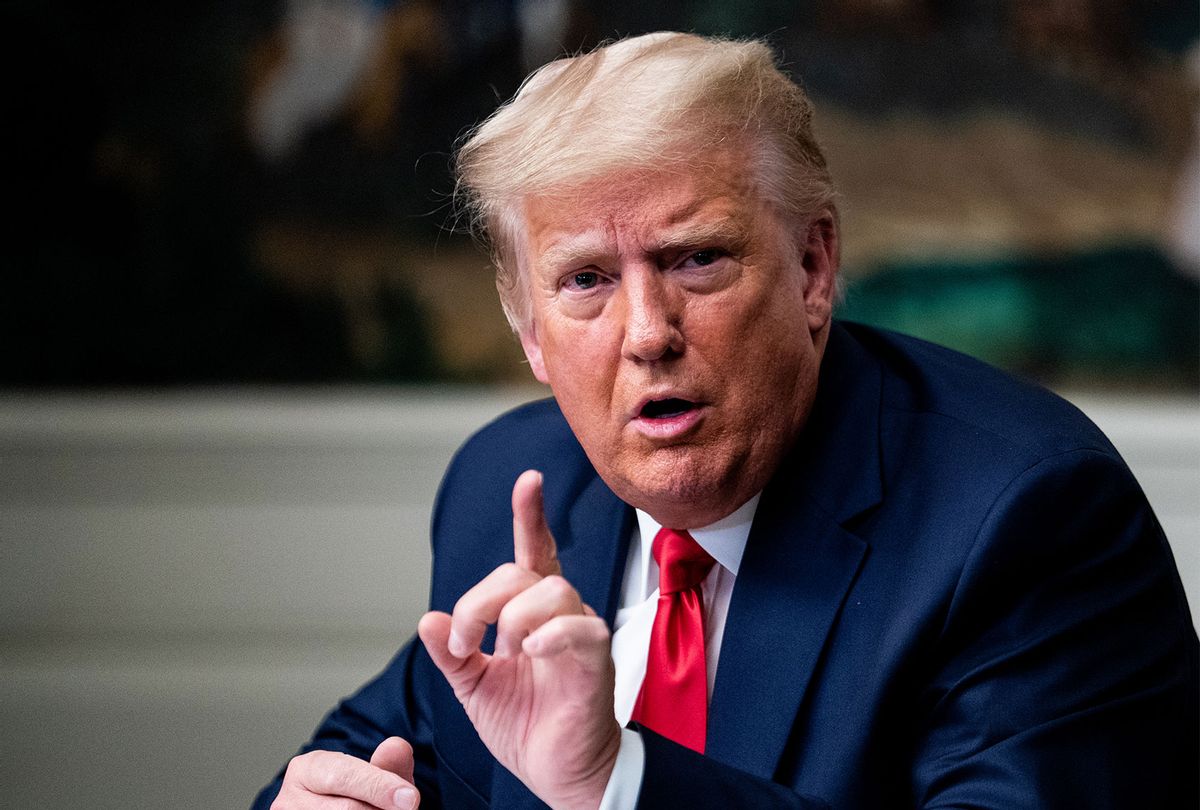 Former President Donald Trump on Friday cried "hoax" over a report that FBI agents that raided his Mar-a-Lago residence were searching for classified documents related to nuclear weapons.

FBI agents searched for highly secret documents related to nuclear weapons "belonging to the United States or some other nation," The Washington Post reported, though it's unclear if such documents were found in the raid. Experts told the outlet that the report suggests investigators were worried about the danger of the information "falling into the wrong hands" and may help explain the urgency of the FBI's search.

"If that is true, it would suggest that material residing unlawfully at Mar-a-Lago may have been classified at the highest classification level," David Laufman, the former chief of the Justice Department's counterintelligence section, told the Post. "If the FBI and the Department of Justice believed there were top secret materials still at Mar-a-Lago, that would lend itself to greater 'hair-on-fire' motivation to recover that material as quickly as possible."

Trump took to Truth Social to declare the report a "hoax."

"Same sleazy people involved," Trump continued. "Why wouldn't the FBI allow the inspection of areas at Mar-a-Lago with our lawyer's, or others, present. Made them wait outside in the heat, wouldn't let them get even close - said 'ABSOLUTELY NOT.' Planting information anyone? Reminds me of a Christofer [sic] Steele Dossier!"

Trump and his allies have cited the fact that his attorney was not allowed to view the search, as is standard in such operations, to baselessly peddle a conspiracy theory that FBI agents may have "planted" damaging evidence at Mar-a-Lago. But Trump attorney Christina Bobb told the right-wing outlet Real America's Voice on Thursday that Trump and his family were able to view "the whole thing"  from New York through surveillance cameras at the resort.

Trump and his allies have spent days attacking the FBI and Justice Department, alleging political persecution. The attacks prompted Attorney General Merrick Garland to make an unusual statement on Thursday defending the raid, which he said he personally authorized. Garland announced that the DOJ filed a motion to unseal the search warrant and property receipt for items seized in the raid.

"The search warrant was authorized by a federal court upon the required finding of probable cause," Garland said.

Garland suggested that the DOJ may have had some kind of urgency in executing the search.

"The department does not take such a decision lightly," he said. "Where possible, it is standard practice to seek less intrusive means as an alternative to a search and to narrowly scope any search that is undertaken."

Trump, who has refused to release his copy of the search warrant, said on Truth Social that he would back the release of the documents.

"Not only will I not oppose the release of documents related to the unAmerican, unwarranted, and unnecessary raid and break-in of my home in Palm Beach, Florida, Mar-a-Lago, I am going a step further by ENCOURAGING the immediate release of those documents, even though they have been drawn up by radical left Democrats and possible future political opponents, who have a strong and powerful vested interest in attacking me, much as they have done for the last 6 years," Trump wrote, before bragging about his "poll numbers" and "fundraising."

Trump could, of course, release the documents himself. Garland confirmed on Thursday that the FBI handed the documents to Trump's lawyer on Monday.

"Copies of both the warrant and the FBI property receipt were provided on the day of the search to the former president's counsel, who was on site during the search," Garland said.

Former U.S. Attorney Barbara McQuade, a law professor at the University of Michigan, said that Trump's baseless allegations that evidence was planted makes more sense in light of the nuclear weapons report.

"If the documents contain information about nuclear capabilities, then the 'planting' of evidence fabrication makes sense," she tweeted, "because there is no innocent explanation for having such things in a box in your basement next to your high school yearbook."

about the FBI raid