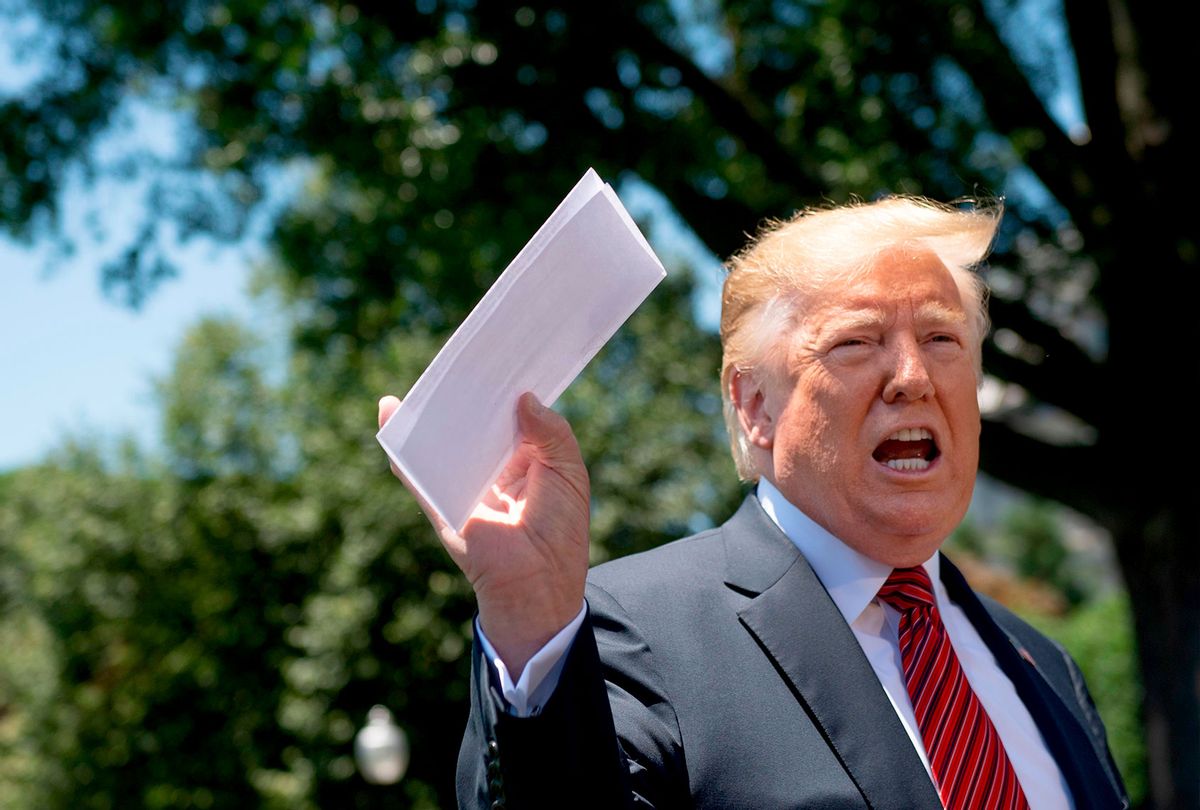 The United States Department of Justice on Thursday filed a response to Southern District of Florida Judge Aileen Cannon's Monday ruling that granted former President Donald Trump's request for a special master to determine whether the trove of classified documents that were seized during the Federal Bureau of Investigation's search warrant execution at Trump's unsecured Mar-a-Lago estate on August 8th are covered by executive privilege, which Trump has claimed in his lawsuit against the FBI.

Cannon, whom Trump appointed, additionally required the Justice Department to pause its probe into how and why Trump had a foreign country's above-top-secret nuclear capabilities hoarded in his beach house.

The Justice Department asked Cannon "to stay the part of her order that halted the investigation and would require showing classified docs to special master, and says will appeal if she doesn't do that," New York Times national security and legal reporter Charlie Savage tweeted along with a copy of the motion. DOJ is "willing to let a master be appointed and see the unclassified docs," Savage explained.

The Justice Department in its answer unambiguously emphasized the stakes surrounding what is contained within the materials that were in Trump's possession.

"The government and the public would suffer irreparable harm absent a stay. This Court correctly recognized the government's vital interest in conducting a national security risk assessment of the possible unauthorized disclosure of the classified records and any harm that may have resulted," it wrote.

"But the review and assessment on their own are not sufficient to address and fully mitigate any national security risks presented. The Intelligence Community's review and assessment cannot be readily segregated from the Department of Justice's ('DOJ') and Federal Bureau of Investigation's ('FBI') activities in connection with the ongoing criminal investigation, and uncertainty regarding the bounds of the Court's order and its implications for the activities of the FBI has caused the Intelligence Community, in consultation with DOJ, to pause temporarily this critically important work. Moreover," DOJ continued, "the government and the public are irreparably injured when a criminal investigation of matters involving risks to national security is enjoined."

The Justice Department stated that Trump "has not shown that he had standing to seek relief, or that this Court properly exercised its equitable jurisdiction, with regard to the classified records. The classified records are government property over which the Executive Branch has control and in which Plaintiff has no cognizable property interest."

It noted that "accordingly, even if (as the Court stated) Plaintiff has made 'a colorable showing of a right to possess at least some of the seized property' sufficient to establish his standing to request that a special master review records that might potentially belong to him, D.E. 64 at 13, he categorically cannot make that showing with respect to documents marked as classified."

The Justice Department stressed that "the seized classified records at issue here — each of which the subpoena plainly encompassed — are central" to its "ongoing criminal investigation" into Trump.

The Justice Department's final argument was that "Trump himself declined to assert any claim of executive privilege over the classified records at the point when it would have been appropriate to do so."