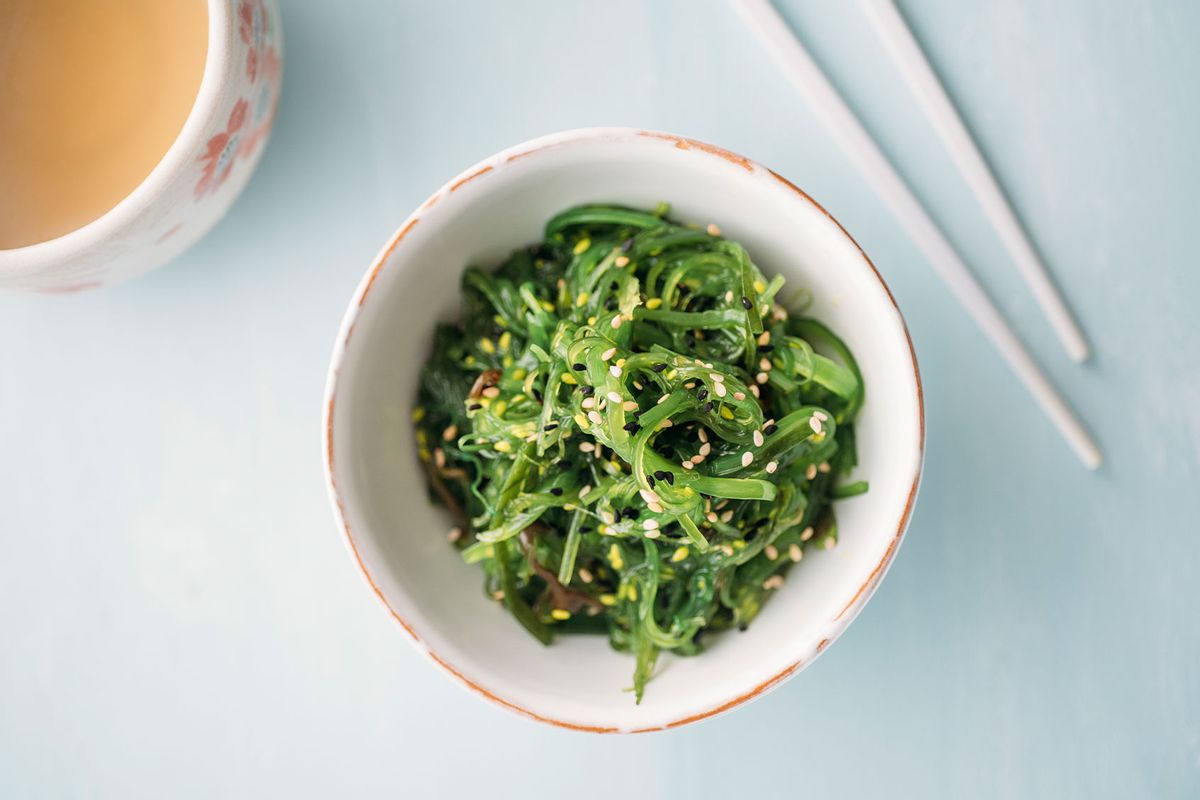 Edible seaweeds and algae — or sea vegetables — are a group of aquatic plants that are found in the ocean. Kelp, dulse, wakame and sea grapes are all types of seaweeds that are used in seaweed-based dishes.

Though eating seaweed is mostly common in Asian countries, today seaweeds are widely growing in popularity as an ingredient in a range of food and beverages. This notably includes sushi, where nori seaweed is used as an edible wrap for vegetable, fish, and rice-based fillings.

Our research suggests that people in the UK, like consumers in other western countries, are less familiar with seaweed as an ingredient. This is important because food neophobia (wanting to avoid novel foods) may prevent consumers from trying new products.

And for seaweeds in particular, first impressions may be less appealing when associated with the plant washed up on our beaches. For example, many participants in our research imagined seaweed to be "smelly", "salty", and "slimy" when asked.

Despite this, many European countries have a history of consuming seaweeds. This includes laverbread, a savoury puree made from laver seaweed, which is eaten alongside other seafood as part of Welsh cuisine. A sweet alternative is carrageen pudding, a jelly-like dessert made from carrageen seaweed (otherwise known as Irish moss).

However, this traditional consumption of seaweed remains somewhat niche today. And with the exception of sushi, seaweed consumption is relatively low in most western countries.

In a recent study, we explored how consumers rate seaweeds and potential food products (that could be supplemented with seaweed) when thinking about eating them. We found that people expected seaweed food products (such as seaweed burgers) to be more appealing than seaweed as a general food source.

Notably, as participants already expected seaweed products to be healthy and sustainable, these attributes were less important to their acceptance of seaweed. Taste and familiarity were the two factors that had the greatest influence on participants' willingness to try and buy seaweed-based foods.

This is useful because seaweeds are a highly versatile and nutritious food source that can benefit our diet. Seaweeds are often rich in fibre and high in vitamins and minerals. This includes iodine and vitamin B12, which can be lacking in vegetarian and vegan diets.

And seaweeds can be added to a range of products for their taste as well as how they can be used to thicken soups or stabilise the texture of ice cream. As seaweeds have a umami flavour, many chefs also favour seaweeds as a way to enhance the depth of flavour in their dishes.

Thinking about what we eat has become an important environment-related talking point. As more of us try to eat less meat and dairy, we have seen a rise in the consumption of plant-based products (including burger patties, nuggets, and sausages), plant-based milk (soya, almond, rice, and oat milk), and other dairy alternatives (such as dairy-free yoghurt and cheese).

In the current market, plant-based "meat" is typically made from soya, with other plant-based proteins including peas, mushrooms, and wheat.

Importantly, seaweeds and algae could be worthy additions to this list. Though the protein content of seaweed differs between species (particularly as it goes through the production process), protein can account for up to 25% of the dry weight for green seaweeds, and 47% for red seaweeds.

Seaweeds also have the potential for sustainable farming along the UK coastline. When compared to other plant-based alternatives, this means they stand out for their ability to grow without freshwater or fertilisers and do not compete for land space.

Our research also suggests that including more taste-focused language on packaging (delicious, warm, rich) and providing recipe ideas to consumers (serve seaweed as a side dish) may be an important marketing strategy if future seaweed products are to find new audiences.

There are some additional barriers that we need to consider. For example, like other plant-based alternative foods, seaweed can be more expensive, and high street availability is limited compared to online. Also, as the nutrients in seaweeds are affected by the waters they grow in, eating too much or consuming seaweeds from unregulated sources can affect food safety.

Overall, however, there are plenty of reasons why seaweed is a great food for the future.