"Moron who has no business running for president": Trump-DeSantis cold war devolves into insults

Trump privately rages that DeSantis is a "phony." DeSantis dismisses the former president as a "TV personality" 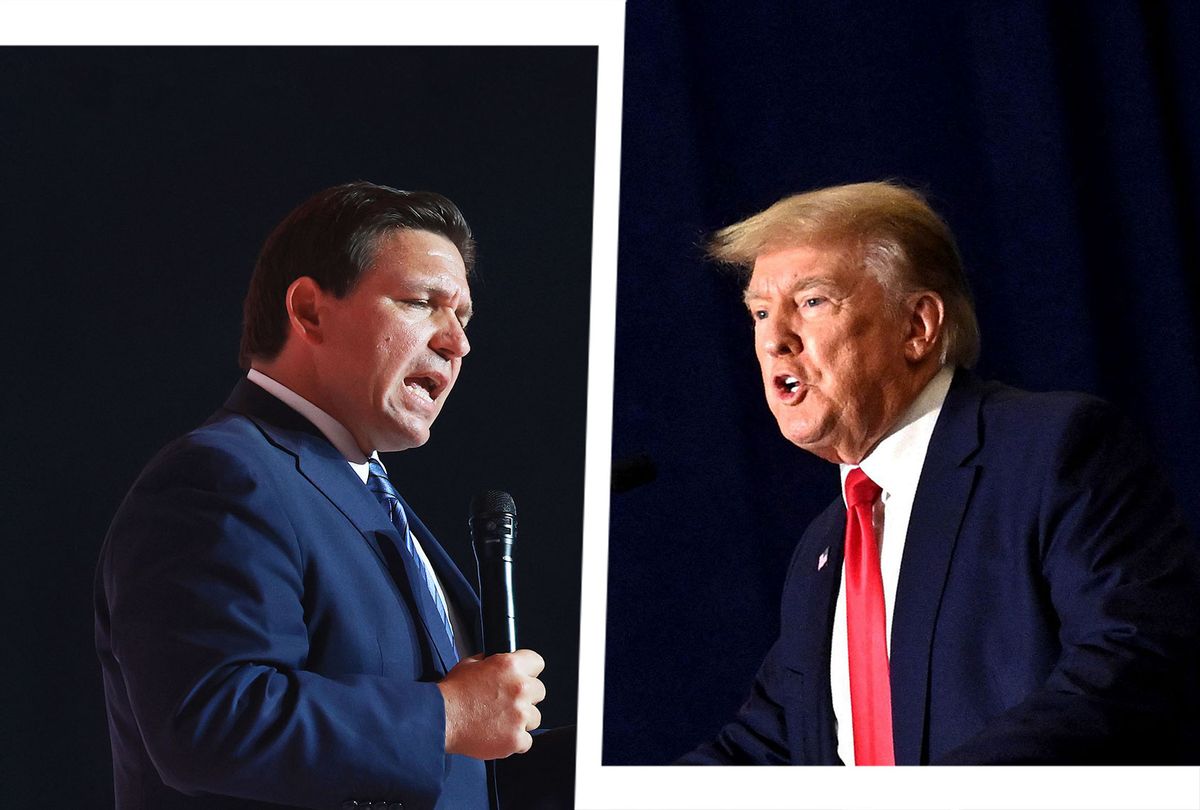 Florida Gov. Ron DeSantis, who recently made headlines for flying 48 migrants to Martha's Vineyard, was praised by Republicans for standing up against the Biden administration's immigration policies, but his political stunt has angered one of his closest allies – former President Donald Trump.

Trump has privately accused DeSantis of stealing his idea and taking the spotlight off of him so that DeSantis can generate a 2024 polling boost, according to Rolling Stone. Both of them are seen as potential rivals for the 2024 presidential nomination within the Republican Party, but one of them has out-fundraised the other.

DeSantis raised $177 million within the first six months of the year, surpassing Trump and breaking the gubernatorial fundraising record, according to OpenSecrets.

Neither of them has officially declared a 2024 presidential run, but DeSantis has toured swing states and headlined rallies for other Republicans on the ballot this November while Trump has quietly tracked his public appearances and polling numbers, according to his advisers.

In private, he has made comments expressing his disdain for DeSantis, calling him a "phony." "He's ungrateful," Trump's privately complained, claiming that "I made him." The recent comments are a stark contrast to Trump's praise for DeSantis during his 2018 gubernatorial run, when the former president touted him as "my great friend" and "a tough, brilliant cookie."

DeSantis has returned the hostility, reportedly calling Trump "a TV personality and a moron who has no business running for president," according to a former DeSantis staffer.

In private, DeSantis has disclosed to donors that "the only way to beat Trump is to attack him head-on. He says he would turn to Trump during a debate and say, 'Why didn't you fire Fauci? You said you would build the wall, but there is no wall. Why is that?' "

With overlapping social circles, the two are also competing for loyalty among donors – making their rivalry all the more complicated.

Some of Trump's donors have received phone calls from the former president urging them to stop giving money to DeSantis, who may plan to run against him, according to the Washington Post. Some of these donors also prefer DeSantis as a presidential candidate.

Major Trump donors like retired venture capitalist William Buckley and Illinois-based businessman and major GOP donor Richard Uihlein have each contributed at least a million dollars to back DeSantis. Billionaire businessman Phil Ruffin has given $100,000 to DeSantis's political action committee.

Even as Trump remains the kingmaker of the Republican Party and perhaps its most popular national figure, DeSantis' similar brand has captured billionaire donors like Citadel founder Ken Griffin and Miami Dolphins owner Stephen Ross.

"DeSantis has caught a moment where he's a stark contrast to Trump's crazy governing style, and he's doing it from a MAGA state," a longtime Republican strategist Scott Reed told Vanity Fair. "He's got two of the best assets: He can raise money and he has a message."

about the Trump-DeSantis feud