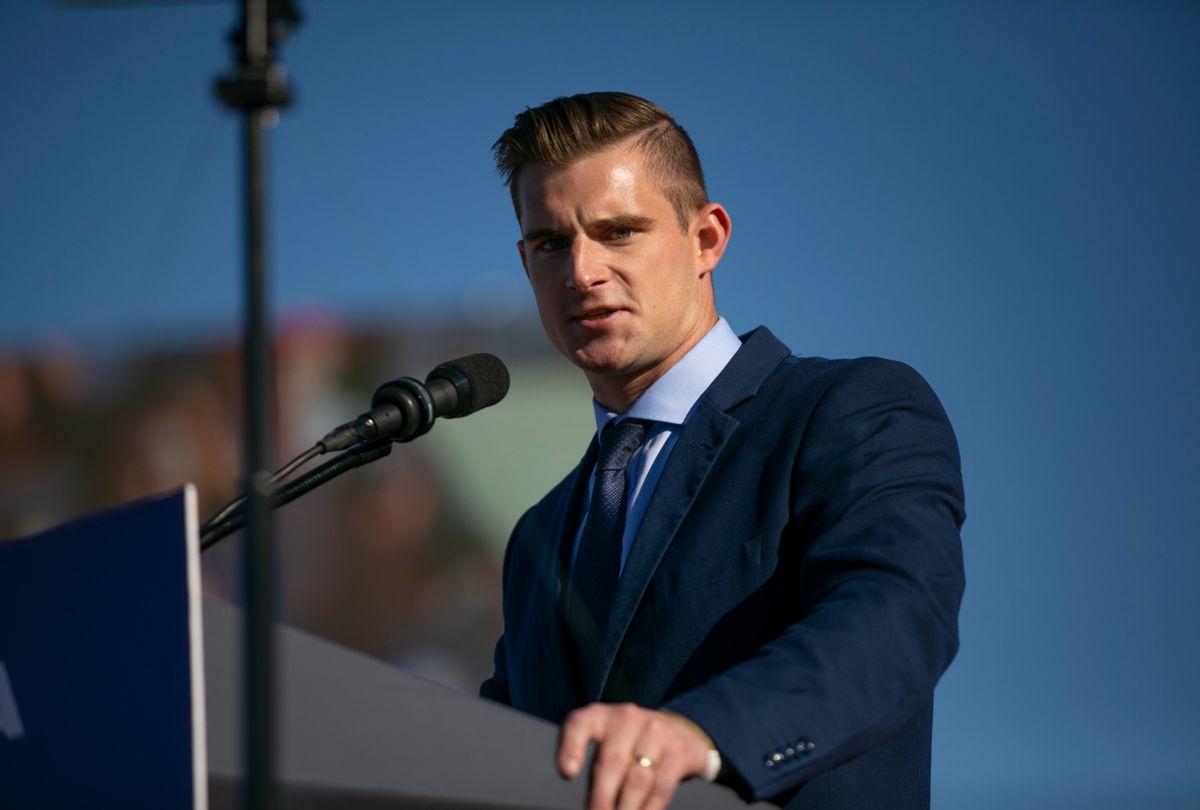 Bo Hines, a Republican candidate for US Representative is seen during a Save America rally for former President Donald Trump at the Aero Center Wilmington on September 23, 2022 in Wilmington, North Carolina. (Allison Joyce/Getty Images)
--

A North Carolina Republican congressional candidate floated a proposal to create a community review process that would determine whether survivors of rape and incest can get abortions.

Bo Hines, the GOP candidate for North Carolina's 13th Congressional District, wants to outlaw all abortions unless the mother's life is at risk.

"He wants victims of rape and incest to be allowed to get an abortion on a case-by-case basis through a community-level review process outside the jurisdiction of the federal government," local news outlet WRAL reported.

The proposal was widely panned by critics.

"Something from a nightmare," wrote civil rights lawyer Sherrilyn Ifill.

When I was raped in grad school, I had a pregnancy scare. I was lucky in that I didn't end up getting pregnant. If I had, I cannot imagine the trauma of undergoing a community-level review so that perfect strangers could decide if I should be sentenced to motherhood bc of a crime https://t.co/Z3ciIXsVqb

"The anti-choice agenda is about removing women's control over their own lives, and making them subject to the rule of others. They differ on who they think those others should be—fathers, husbands, random vigilantes, local jerks—but they agree that women will not rule themselves," wrote Moira Donegan, a gender and politics columnist for The Guardian.

Hines' comments are a backtrack on his previous remarks to the Raleigh News & Observer, in which he said he would support blanket prohibitions on abortion.

His changing stance on reproductive rights is an example of how Hines is trying to appeal to North Carolina's far-right conservatives, as well as more centrist voters who could be the deciding factor in the midterm election.

His more moderate statements on abortion and immigration also come after greater criticism from outside groups and his Democratic opponent, state Sen. Wiley Nickel.

After winning the May 17th primary, Hines removed the "life and family" section from his website, which previously included links to a fundraising page that claimed "life begins at conception" and the "rights of the unborn" must be protected, the 19th News reported.

about the GOP and abortion