How Vietnam changed me — and changed America

I'm not a veteran. I'd never been to Vietnam before this year. But now I understand how much it shaped my life 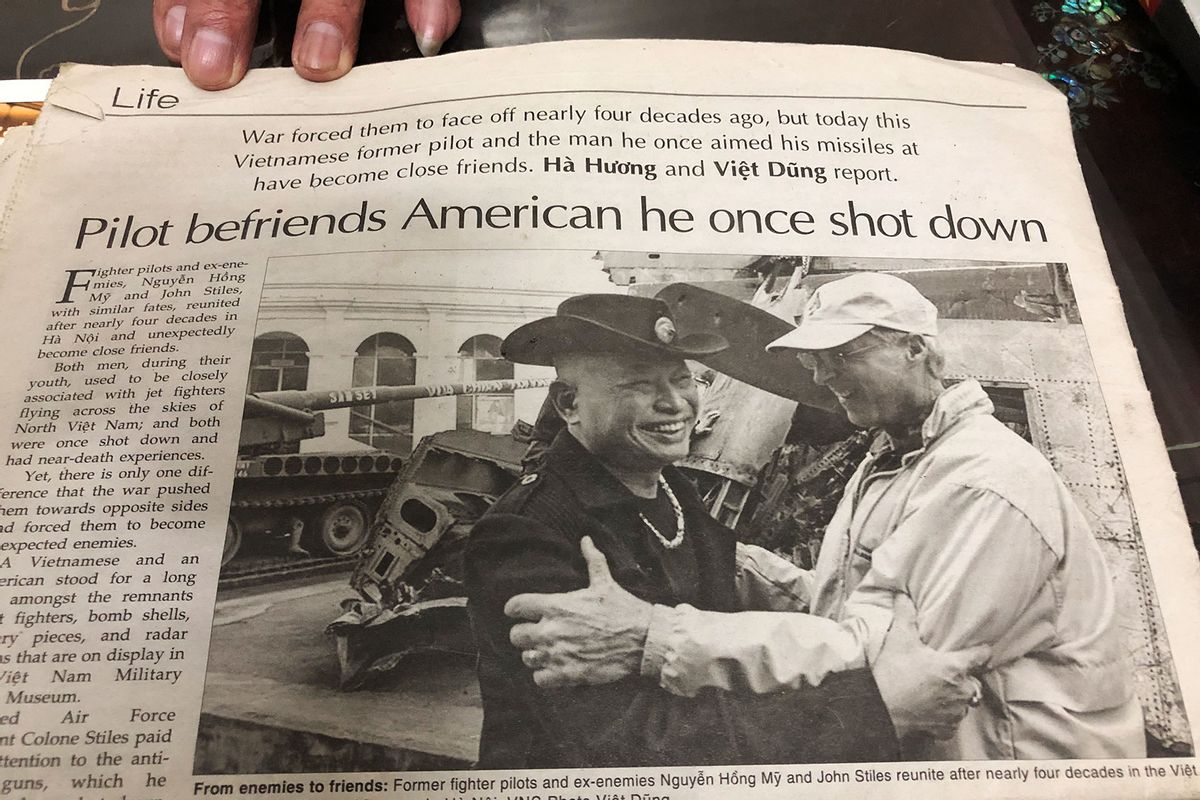 In 1950, Harry Truman made a wrong turn that tragically rerouted the histories of two countries. It happened as the Iron Curtain fell in Eastern Europe, as Mao Zedong's party took over China and as Joe McCarthy flogged anti-communist hysteria for political gain at home.

It was a mistake that led to calamity akin to the one in which Vladimir Putin has ensnared his nation and its neighbor in 2022.

Truman's wrong turn in Vietnam cascaded for two decades into thousands of American deaths, wounded bodies and souls. It also affected lives like mine, people who were then coming of age and didn't go to war, but who lost both too many of our classmates along with our conviction that America could do no wrong.

Vietnam turned my life around twice. It led me into activism in the decade from 1965 to 1975. Then, six weeks ago, I traveled to Vietnam on a trip I thought would be mainly rest and recreation, but turned out to reconnect me with a self I'd long forgotten.

Why I write about war — and why I can't escape it

Our lives can be like the rings of Saturn, with concentric circles of events that do not seem to touch. And then some intervening event occurs like a stray meteor that both disrupts and attaches the rings.

In 1946, the year before I was born, Ho Chi Minh, Vietnam's leader in its fight for independence from 1919, wrote to Truman, seeking his support against the French. Charles de Gaulle's postwar government in Paris was trying to reestablish its colonial authority over Vietnam, which had been interrupted by the Japanese invasion of Indochina in 1940.

At the time of Ho's letter, American diplomatic and intelligence officers in Vietnam described him as a nationalist first and foremost. Ho was heir to Vietnam's thousand-year history of rebelling against foreign occupation by China, long before French colonization beginning in 1862.

Ho believed or hoped that the U.S. would be sympathetic to his country's struggle for independence. Washington avoided offending its French allies by not responding. That was an opportunity lost.

In September 1948, a State Department report portrayed Ho as "the strongest and perhaps the ablest figure in Indochina," and said that "any suggested solution which excludes him is an expedient of uncertain outcome."

Two years later, geopolitical forces began to take their course. Receiving no help from the U.S., Ho turned instead to the Soviet Union and China. In response, Truman actively aligned with the French, sending them military and economic assistance. In an ominous but little-noticed harbinger of what was to come, he also dispatched the first American military advisers to Vietnam.

When Harry Truman aligned the U.S. with French colonial forces in Indochina, it marked a tragic wrong turn in history. Millions of lives were lost, and so was America's sense of itself.

France's colonial war ended disastrously in 1954, but the U.S. was in too deep. Across more than 20 years of worsening tragedy, four presidents — Dwight Eisenhower, John F. Kennedy, Lyndon Johnson and Richard Nixon — struggled to avoid being the one who "lost '' Vietnam. Fifty-eight thousand American lives were tragically wasted in that war, and many more came home permanently damaged in body, mind or spirit.

Estimates of Vietnamese civilian deaths start at 2 million, and may have been significantly higher. Even beyond that, the legacy of the 18.2 million gallons of the defoliant Agent Orange that U.S. forces dropped on the Vietnamese jungles remains visible today in the thousands of children born with severe disabilities.

The Vietnam War was my first experience standing up to a government whose policies many government leaders, including former Secretary of Defense Robert McNamara, came to see as fatally flawed even as they served in the government that pursued it. Vietnam formed a central part of my identity, as it did for so many of those who served.

In the years that followed, I went to law school, became a federal prosecutor, a civil lawyer in public settings, the founder of a school and later, after Donald Trump was elected, a political writer and commentator. Each chapter has had its own purpose and engagement. But I seldom connected the later ones to the earlier.

Until I went to Vietnam.

Our guide in Hanoi, who called herself Mary, told the story of her grandfather. He was a teacher in 1964, and the North Vietnamese government rejected his request to enlist in the military, saying he was needed in a classroom. A second letter met with the same result. The government finally accepted his third request, Mary explained: "He wrote it in his blood."

In Hue, tears rolled down our guide Dieu's cheeks as she told her father's story. He took a bullet in his hand, and with no antibiotics in the field, the gangrene crept up his arm. Two compatriots held him down as a medic sawed it off without anesthesia.

But after war, there is sometimes human redemption. I also met Nguyen Hong My, a 79-year-old former North Vietnamese MiG-21 pilot who in later life has befriended both John Stiles, a former U.S. pilot whose F-4 Nguyen shot down over Hanoi in 1972, and former Brig. Gen. Dan Cherry, who shot down Nguyen's plane the same year. Cherry and Stiles have written a book about this, "My Enemy, My Friend."

Like those pilots, in Vietnam I connected and cried with people I'd never met, people who live on the other side of the world and who endured inexpressible suffering. Astonishingly, the Vietnamese seem to bear Americans no ill will.

In an America rent by division and a world cleft by war, John Lennon's memorable invitation to "imagine" people living life in peace may seem particularly pointless. But my visit to Vietnam reminded me of the incalculable waste of war and of the basic, essential fact that beneath it all, human beings cherish freedom and connection.

on war, peace and the lessons of history