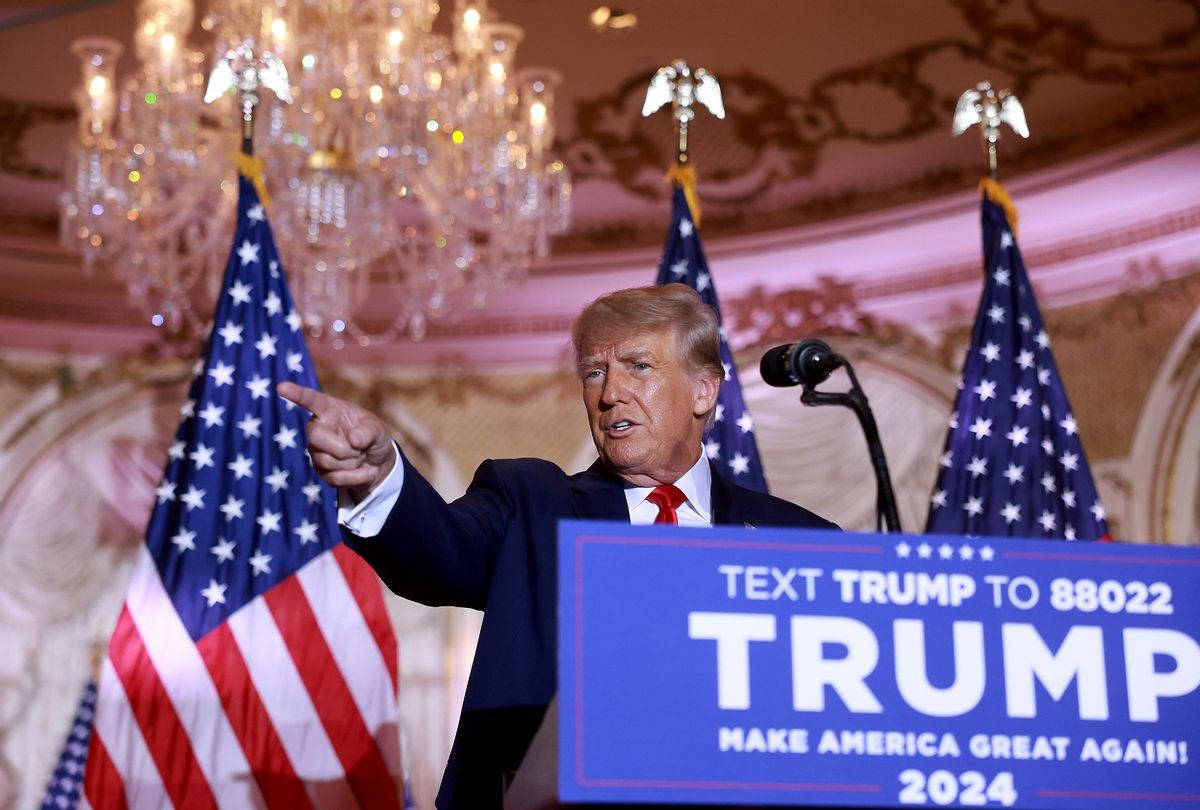 On Wednesday, the Huffington Post reported that attendees to former President Donald Trump's Mar-a-Lago speech announcing his third consecutive run for president were not allowed to leave the country club until he was finished speaking — and that apparently, some attendees appeared to wish to do so.

"Donald Trump announced his latest bid for the White House to a practically captive audience at his Mar-a-Lago resort in Florida on Tuesday night," reported Ed Mazza. "ABC's Jonathan Karl called the speech 'incredibly low energy' and said he saw people leaving in the middle of it ― until they were blocked from departing."

Further, according to the report, "ABC's Olivia Rubin filmed a crowd forming near the doors, waiting for a chance to leave as Trump rambled in the background."

Trump's announcement, which comes as he continues to face dual criminal investigations around his role in the plots to overturn the 2020 election and the stash of highly classified documents stored at Mar-a-Lago, is the culmination of months of hints that the former president would try to retake the office from President Joe Biden in 2024.

"The announcement also comes as polls say his popularity within the GOP has plunged. One new poll showed Florida Gov. Ron DeSantis (R), a one-time Trump acolyte and potential 2024 rival, surging past him in multiple states," said the report. "Trump insiders had reportedly urged him to delay his announcement." Some have worried that it could complicate GOP efforts to get out the vote in Georgia, where a runoff will determine whether Democrats hold a 50 or 51 seat majority in the Senate.

According to another report, many Republican voters are unhappy with Trump's new run, fearing that it could split the party and hurt their chances in 2024.