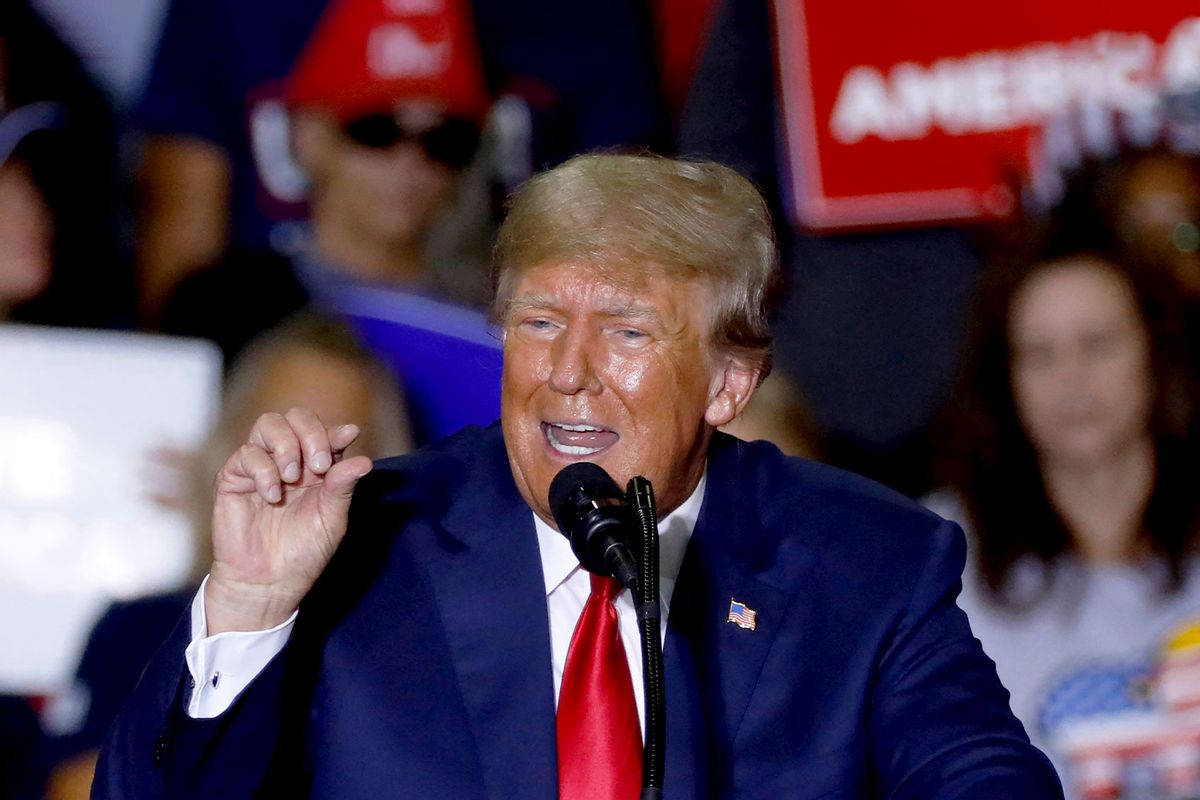 Former US President Donald Trump speaks during a Save America rally at Macomb County Community College Sports and Expo Center in Warren, Michigan, on October 1, 2022. (JEFF KOWALSKY/AFP via Getty Images)
--

Early Sunday morning, former president Donald Trump picked up where he left off late Saturday night, attacking special counsel Jack Smith who will be taking over the DOJ's Mar-a-Lago investigation at the behest of Attorney General Merrick Garland.

On Thursday, Smith made his first move with a stern letter to the 11th Circuit Court of Appeals that is expected to pave the way for the Justice Department to investigate the theft of government documents hidden at Mar-a-Lago without interference from Trump-appointed Judge Aileen Cannon.

That has, in turn, led to the former president to begin a drumbeat of complaints about Smith in an attempt to smear him before he gets deeply involved in investigating Trump and his cronies.

Late Saturday, Trump wrote on his Truth Social account, "This sounds fair, doesn't it? The 'Justice' Department is CORRUPT. Offered Christopher Steele $1,000,000 to lie about me, paid Russian a fortune to 'get Trump,' told Facebook not to mention the Hunter Biden Laptop before the Election, 'it was Russian disinformation,"'when the KNEW it was not. Is Trump Hater Jack Smith going to investigate that? Will his Trump Hating boss, Lisa M, allow him to investigate the reason for January 6th, the corrupt 2020 Election, or the troops I recommended be sent?"

Not content with that, early Sunday morning, he continued, "Jack Smith (nice, soft name, isn't it?), is a political hit man, who is totally compromised, and shouldn't be allowed anywhere near our already highly WEAPONIZED & CORRUPT 'Justice' Department and FBI, which are stuffed with, and listening to, Radical Left 'MONSTERS,' who will cause difficulties for our Country the likes of which we have not seen before. By the way, OBAMA SPIED ON MY CAMPAIGN (and got caught!), & what about the MASSIVE Joe & Hunter BIDEN CORRUPTION (Evidence already in!)?"

Not content with that, moments later he all-capped: "THE FAKE NEWS IS THE MOST CORRUPT OF ALL. THEY ARE TRULY THE ENEMY OF THE PEOPLE - THE ENEMY OF THE USA. TURN IN THE SUPREME COURT LEAKER!"