Trump rejects pleas to condemn Nick Fuentes — because he fears it would "alienate his base": report

Trump "became more entrenched in his obstinance the more he was urged to do so," The Guardian reports 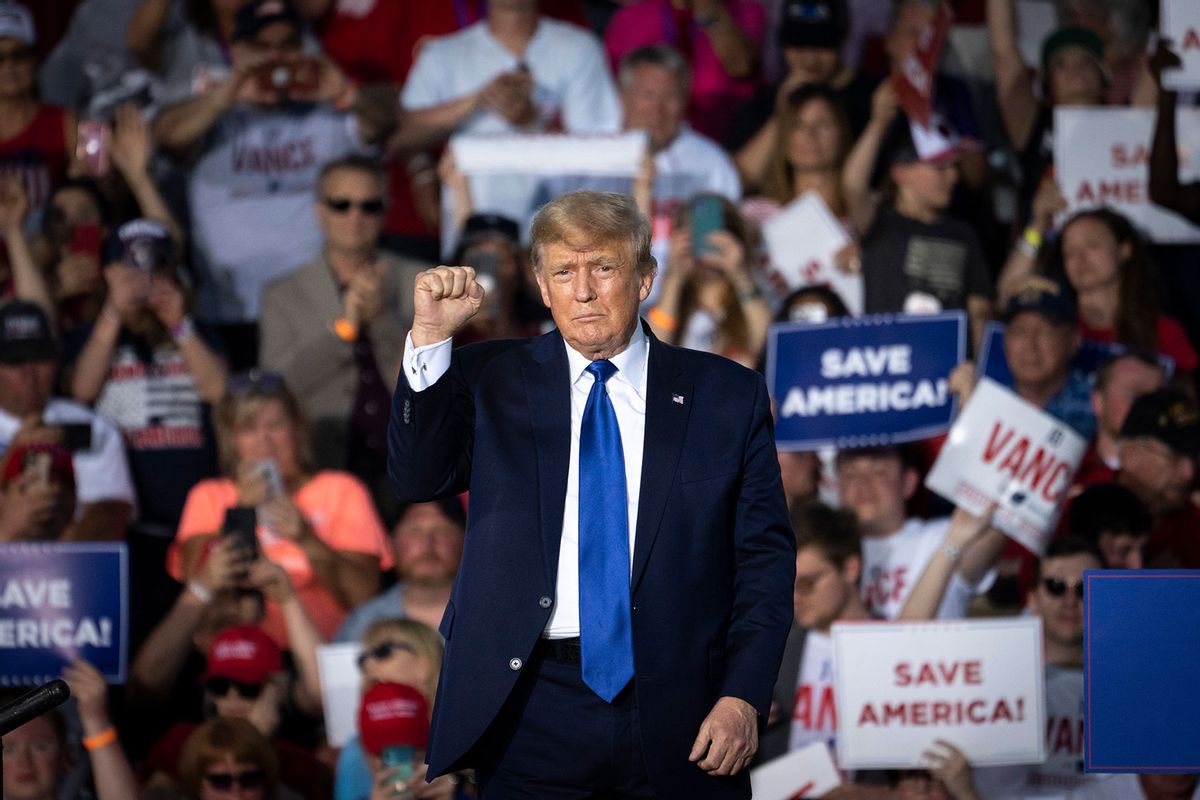 Former U.S. President Donald Trump gestures after speaking during a rally hosted by the former president at the Delaware County Fairgrounds on April 23, 2022 in Delaware, Ohio. (Drew Angerer/Getty Images)
--

According to reporting from the Guardian's Hugo Lowell, Donald Trump has no immediate plans to condemn white nationalist Nick Fuentes as part of an effort to douse the firestorm he created after having dinner at Mar-a-Lago with the infamous anti-Semite and Holocaust denier.

While some Trump allies have fanned out to try explain away the dinner meeting by saying the former president didn't know who he was sitting down with — which is itself a questionable claim — Trump himself is reportedly refusing to go on the record and admit that he was wrong despite pleas from allies and aides.

According to Lowell, the more the former president is pressed by supporters to make a definitive statement about Fuentes' views, the more entrenched he has become to say nothing.

"Donald Trump repeatedly refused to disavow the outspoken anti-Semite and white supremacist Nick Fuentes after they spoke over dinner at his Mar-a-Lago resort, rejecting the advice from advisers over fears he might alienate a section of his base, two people familiar with the situation said," Lowell is reporting.

The report goes on to add that "despite efforts from advisers who reached Trump over the Thanksgiving holiday," he is balking at helping out his own cause.

"Trump ultimately made clear that he fundamentally did not want to criticize Fuentes — a product of his dislike of confrontation and his anxiety that it might antagonize a devoted part of his base — and became more entrenched in his obstinance the more he was urged to do so," the Guardian report states before adding that Trump is sticking to his story that he was unaware of Fuentes' controversial background.

"The statements signal Trump will give extraordinary deference to the most fringe elements of his base – even if it means potentially losing support from more moderate Republicans who have not typically cared for his indulgence of extremism," Lowell reported before adding, "The halting response to Fuentes most closely mirrored his inability to condemn white supremacist groups after Charlottesville, the people said, when Trump faced intense criticism for not naming the rightwing groups in the bloodshed that ended with the death of a young woman."