What planting tomatoes shows us about climate change

In Tasmania, you can now safely plant tomatoes 18 days earlier than you could in the 1900s 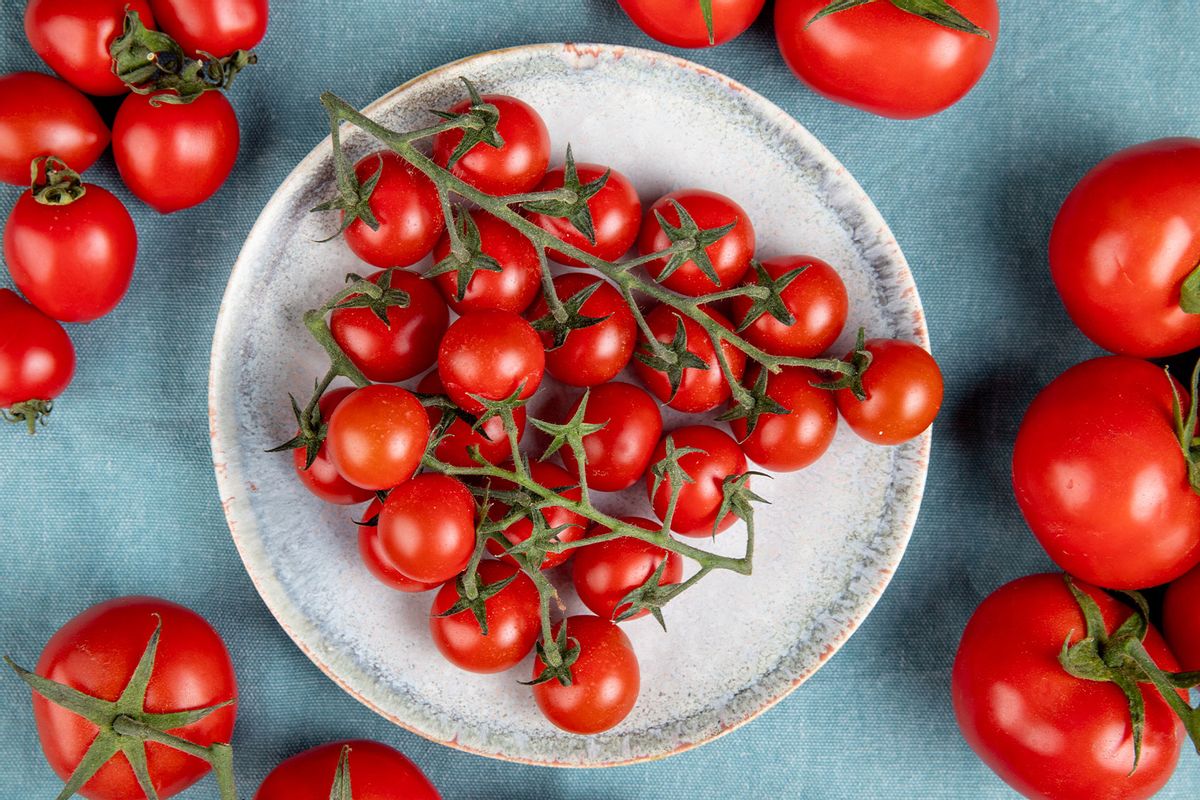 There's a piece of gardening lore in my hometown that has been passed down for generations: Never plant your tomatoes before Show Day, which, in Tasmania, is the fourth Saturday in October. If you're foolhardy enough to plant them earlier, your tomato seedlings will suffer during the cold nights and won't grow.

But does this kind of seasonal wisdom still work as the climate warps? We often talk about climate change in large-scale ways — how much the global average surface temperature will increase.

Nations are trying to keep the temperature rise well under 2℃. Taken as an average, that sounds tiny. After all, the temperature varies much more than that when day gives way to night. But remember: Before the industrial revolution, the world's average surface temperature was 12.1℃. Now it's almost a degree hotter — and could be up to 3℃ hotter by the end of the century if high emissions continue.

For many of us, climate change can seem abstract, but the natural world is very sensitive to temperature change. Wherever we look, we can see that the seasons are changing. Gardening lore no longer holds. Flowering may happen earlier. Many species have to move or die. Here's what you might notice.

For some Australian plants, earlier spring means early flowering and fruiting — an average of 9.7 days earlier per decade.

Japan's famous spring cherry blossoms are blooming earlier than they have in centuries. The cherry blossom peak last year was the earliest recorded bloom in a data record going back to the year 812.

Not only are flowers blooming earlier, birds are also migrating earlier and may also be delaying their autumn migrations.

Summer is getting hotter and longer

It might not feel like it this year with all the rain, but the overall trend is clear. In turn, this means bushfire risk is growing year on year, with more days of high to catastrophic fire danger. Every year for the last three decades, an extra 48,000 hectares of forest has burnt across Australia.

Longer fire seasons are making it harder to schedule fuel reduction burns and reducing the amount of time for firefighters to rest and recover between fire seasons.

Hotter water has also killed off almost all Tasmania's giant kelp and made it possible for warm-water fish to migrate south.

For millennia, the North Pole has been covered by sea ice. This, too, is changing. Arctic sea ice is melting earlier in summer and freezing later in winter. As warming intensifies, the central Arctic is likely to go from permanent ice cover to ice-free over summer by 2100.

Autumn is falling behind

At the beginning of autumn, the leaves of nothofagus, Australia's only temperate deciduous tree, change color and fall to the ground — just as many Northern Hemisphere trees do.

Here, too, we can see the climate changing. Around the world, warmer temperatures and rising atmospheric carbon dioxide are delaying the arrival of autumn colors by up to a month.

Alpine species such as the mountain pygmy possum have life cycles built around winter snow, while many of the world's cities rely on snowmelt for their water supply. In Australia, snowfall has been decreasing in recent decades.

In a warmer world, there's less snow and ice. That's posing major challenges for cities like Santiago in Chile, as well as semi-arid areas in the U.S. that have relied on snowmelt.

Species are on the move

What else might you notice? Different animals, birds, fish and plants. Not only are the seasons changing, but many species are now found in areas they could never have survived before.

Tropical corals have now been found happily growing near Sydney. Coral reef fish, too, are heading south to areas well outside their historic range.

You can see some of the surprising new finds on the citizen science project Redmap, such as sightings of the tropical yellow bellied sea snake in Tasmanian waters.

For First Australians, climate change brings a different upheaval. The seasonal link between, say, a wattle flowering and the arrival of fish species is breaking down.

Climate change really does mean change — both large scale and small. From extreme weather to ecosystems changing all the way through to the time when you can plant tomatoes.

For gardeners, this means accepted wisdom no longer holds. In Tasmania, you can now safely plant tomatoes 18 days earlier than you could in the 1900s. That's because minimum temperatures in October are now about 1℃ warmer than they were in 1910. 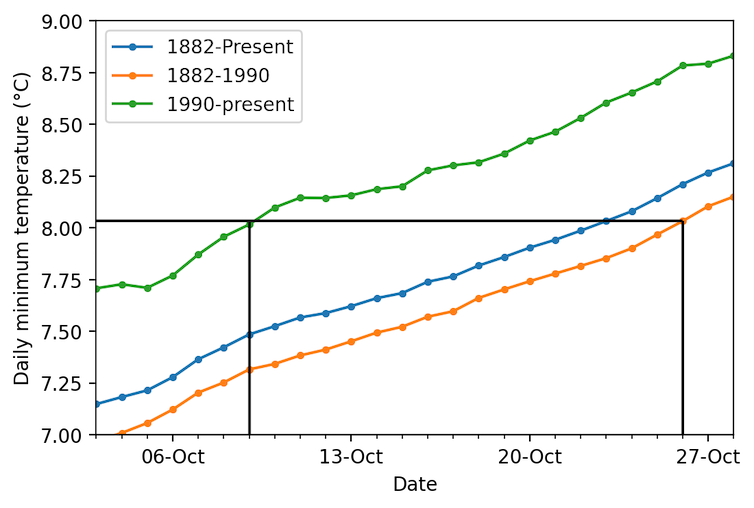 Hobart's daily minimum temperature in October for three time periods: 1882-present, 1882-1990, and 1990-present. The last 30 years have been much warmer on average than the years before.

Climate change is altering our seasons and changing our world in both obvious and subtle ways.

So while planting tomatoes may seem like a trivial example, it's yet another sign of the climate changing all around us. It's no longer a problem for the far-off future. It's our problem, now.