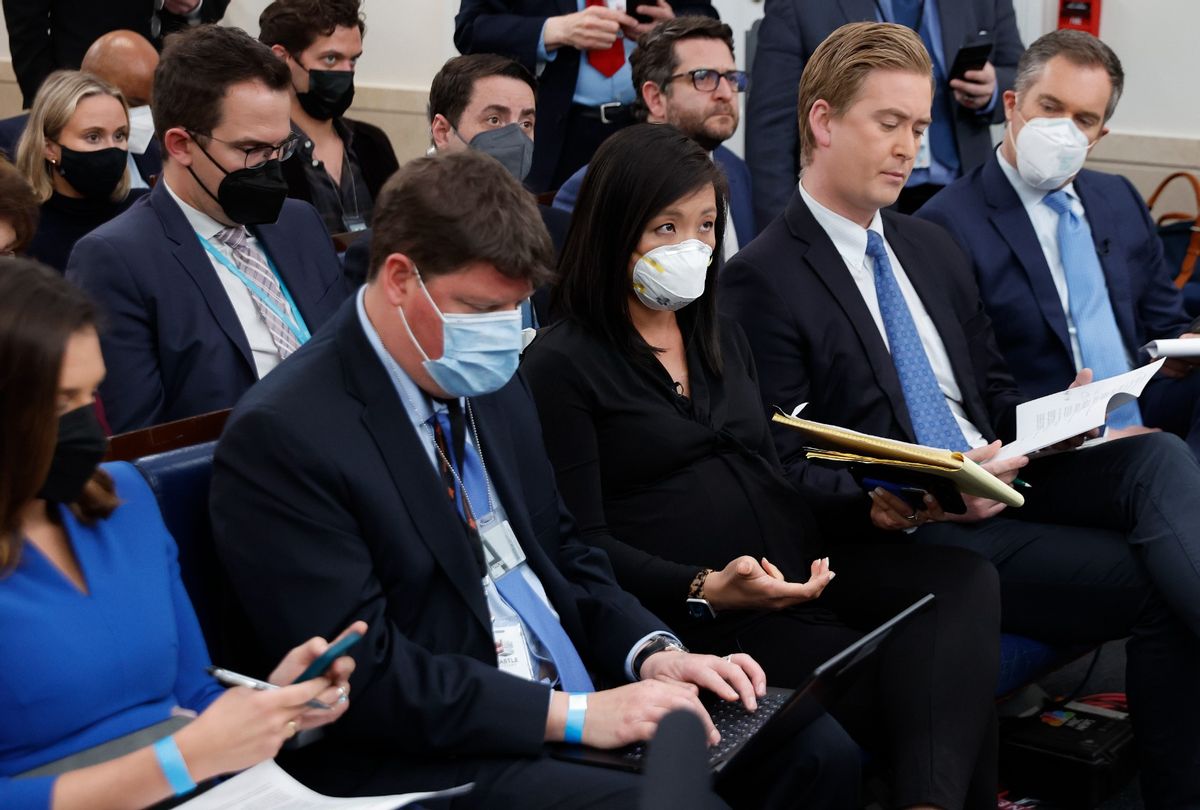 Peter Doocy and other reporters at daily news conference in the Brady Press Briefing Room at the White House on April 07, 2022 in Washington, DC. (Chip Somodevilla/Getty Images)
--

National Security Council spokesperson John Kirby pushed back after Fox News correspondent Peter Doocy suggested that President Joe Biden would rather companies drill for oil in Venezuela than in the United States.

At a White House press briefing on Monday, Doocy reframed news that the U.S. government had lifted some oil sanctions in Venezuela because of humanitarian concerns.

"Why is it President Biden would rather let U.S. companies drill for oil in Venezuela than here in the U.S.?" Doocy asked.

"Earlier this month, he said no more drilling!" Doocy exclaimed.

"The president has issued 9,000 permits for drilling on U.S. federal lands," Kirby pointed out. "9,000 being unused. There are plenty of opportunities for oil and gas companies to drill here in the United States."

"Our expectation is that there won't be a whole lot of oil coming out of there and it will have to be shipped to the United States," he added.

"Does the president think there is some benefit to the climate to drill oil in Venezuela and not here?" Doocy pressed.

"It has nothing to do with a benefit to the climate," Kirby said of the sanctions relief. "Again, there are 9,000 unused permits here in the United States on federal land that oil and gas companies can and should take advantage of. 9,000! And we're talking about one there in Venezuela."

Watch the video below from Fox News. You can also watch at this link.