Biden blasted for "siding with billionaires" over workers on rail strike 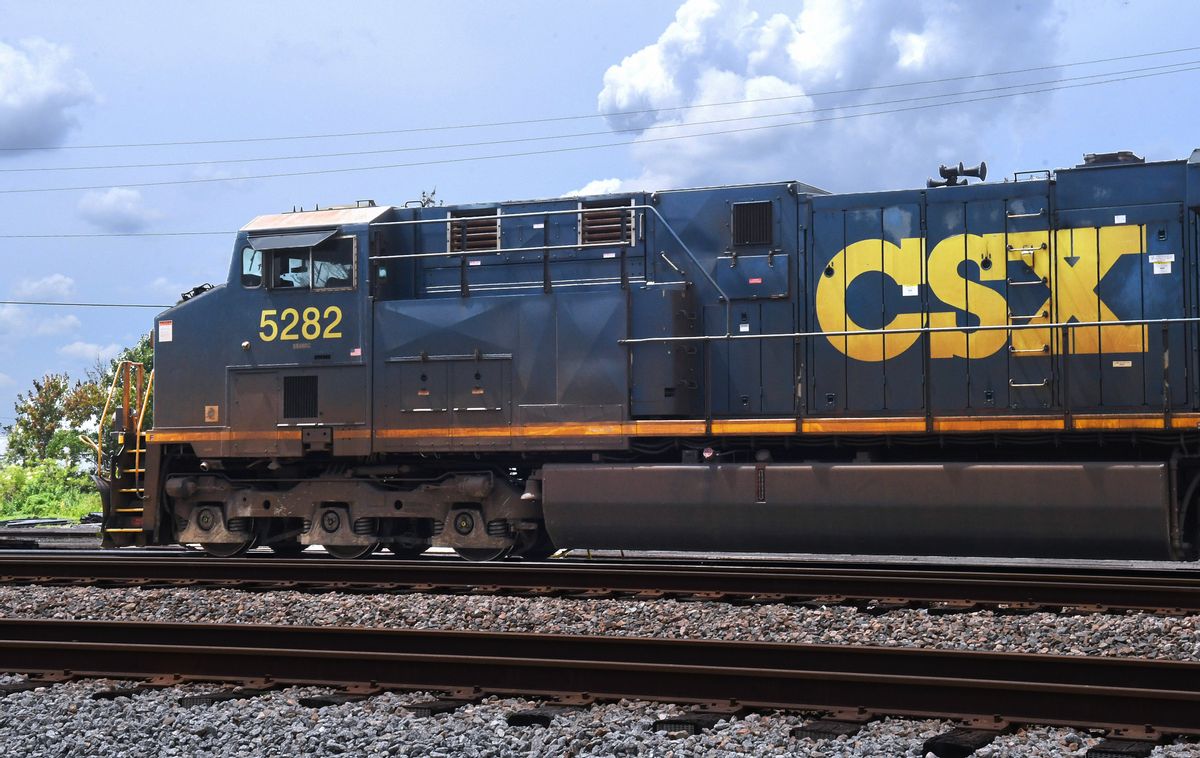 Advocacy groups joined rail workers and progressives in Congress on Tuesday in calling out President Joe Biden for encouraging legislative action that would avert a December strike and force through a contract with no paid sick leave.

Biden late Monday encouraged Congress to use its authority under the Railway Labor Act of 1926 to advance the White House-brokered deal that was rejected by more than half of the nation's unionized rail workforce. House Speaker Nancy Pelosi signaled the chamber could act as early as Wednesday.

Revolving Door Project executive director Jeff Hauser warned Biden that such action could harm not only rail workers but also the Democratic Party — at a time when Republicans continue to align themselves with a twice-impeached ex-president who incited an insurrection.

On strike for a better world: Labor conflict is coming — and the ruling class will fight back hard

"President Biden has strained to rekindle working people's support for the Democratic Party. To his great credit, he has appointed genuine labor champions at the National Labor Relations Board and other independent labor agencies," he noted. "However, by calling to override the will of organized railway workers, without granting any of their demands, Biden risks undermining that hard work's legacy. Unless he reverses course, he threatens to reignite distrust of the Democratic Party among workers nationwide."

"If Democrats turn on a unionized workforce which did everything right in a struggle for basic dignity, the entire labor movement will see and remember," Hauser continued. "Rank-and-file union members have voted more and more for Republicans, sometimes including the most extreme MAGA Republicans, in recent years. This is due, in no small part, to too many broken promises and too little respect paid to labor by successive Democratic administrations."

"If Democrats turn on a unionized workforce which did everything right in a struggle for basic dignity, the entire labor movement will see and remember."

Highlighting that "Democrats defied the historical odds to duel Republicans to a draw in the midterms not even one month ago" and that "embracing economic populism and strong support for unions was a necessary component of their winning strategy," he asked, "Do Democrats want voters to think that was all a lie?"

Being a pro-labor president does not just mean taking photographs with workers or recounting family anecdotes about manual labor in speeches. It means supporting workers' ability to choose their own futures and to stand up to the bosses that oppress them. The absolute minimum which a pro-labor president should do is listen when rail workers say that the contract his administration negotiated did not deliver what they need.

The economic harms of a railway strike could indeed be grievous. This is precisely why Biden shouldn't be urging Congress to punish the workers. If Congress must intercede, Biden should instead ask legislators to pass a better deal, including the necessary sick leave, as some members are calling for already. Moreover, Biden should publicly attack the railway owners' rapacious greed. Corporate rail shareholders can live without a few extra millions in dividends, but rail workers should not be forced to live without sick leave.

Rather than pushing for the existing agreement, Hauser argued, "Biden should instead fight to give rail workers what they need, and aim the full force of the federal government where it should have been aimed all along: at the greed of the rail bosses."

Morris Pearl, chair of the Patriotic Millionaires, agreed, accusing Biden of "siding with billionaires over rail workers" and "saying that these essential workers have to suffer to preserve the profits of the railroad industry and its billionaire owners."

"No one wants a rail strike to cripple our nation's economy, but forcing workers to accept a deal they have voted against is not the only solution," he noted. "If Biden were as pro-union as he claims to be, he could have called on Congress to improve the contract for workers and force railway management to accept it. He did not do that."

Pearl warned that "if Congress votes to force rail workers to accept the current deal, they will be doing a massive disservice to workers who deserve fair compensation and adequate sick leave. By choosing to ram through this terrible deal, Joe Biden and Democratic leadership in Congress are betraying the rail unions and taking the side of billionaires like Warren Buffett, whose company Berkshire Hathaway owns BNSF, one of the largest railways in America."

"Billionaire railway owners like Warren Buffett have held the American economy hostage by refusing to concede to rail worker demands, and now the federal government is going to give them exactly what they want," Pearl continued. "Buffett is being rewarded for playing chicken with the American economy."

"If Buffett and these multibillion-dollar rail companies were to meet unions where they are and include the bare minimum number of paid sick days, it would only cost them a small fraction of their massive profits," he added. "If Congress is going to act to avert a strike, they need to protect workers, not rail company profits."

Some members of Congress made clear Tuesday that they won't support a resolution on the issue unless it includes paid sick leave.

Sen. Bernie Sanders, I-Vt., in September blocked a Republican-led attempt to force railroad workers to accept the contract recommended by a presidential board and has continued to support their fight for a better deal.

"At a time of record profits in the rail industry, it's unacceptable that rail workers have ZERO guaranteed paid sick days," Sanders tweeted Tuesday evening. "It's my intention to block consideration of the rail legislation until a roll call vote occurs on guaranteeing seven paid sick days to rail workers in America."

HuffPost's Igor Bobic reported that when asked about Sanders' demand, Senate Majority Leader Chuck Schumer said, "We're going to work it out and get it done."

According to Politico's Nancy Vu, Sen. John Cornyn, R-Texas, told reporters that he believes there could be "substantial Republican support" for Sanders' amendment.