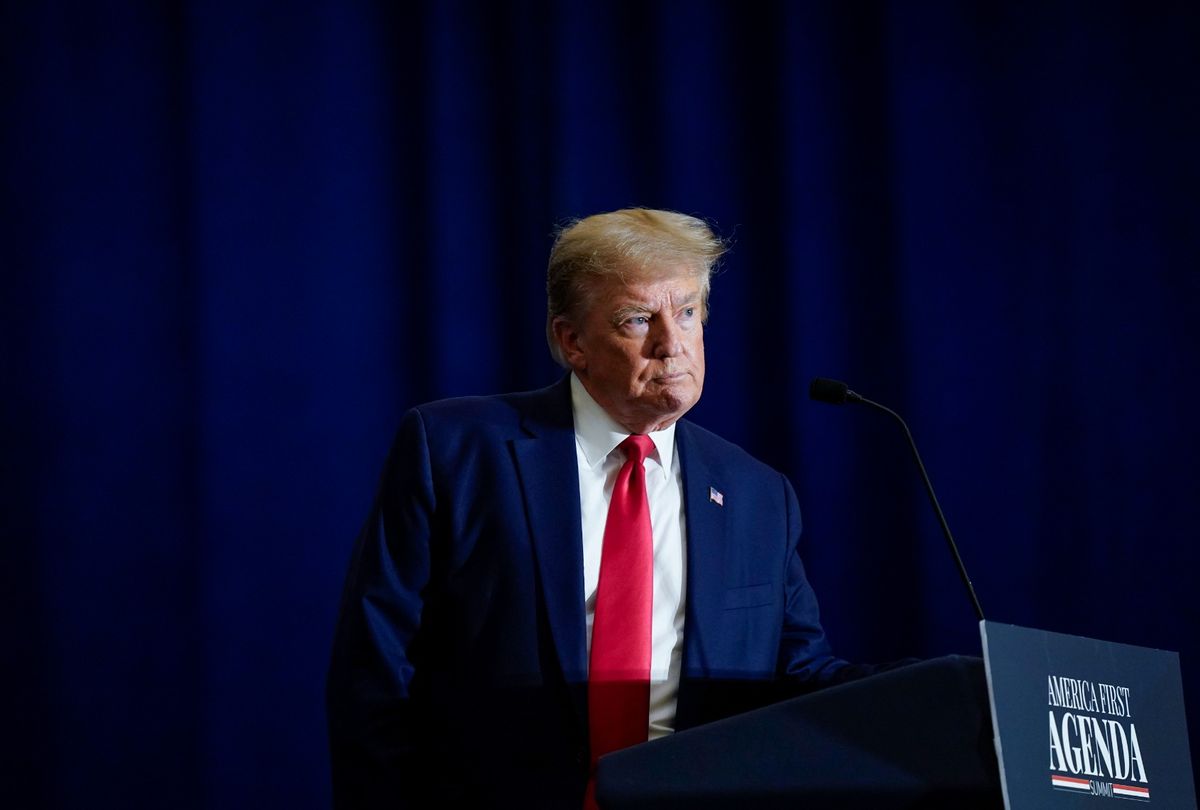 A Georgia judge on Wednesday ruled that state Republican Party Chairman David Shafer cannot share an attorney with 10 other Republicans involved in the pro-Trump fake elector scheme because he played a central role in the effort.

Judge Robert McBurney ruled that while the legal exposure of other so-called "alternate electors" is limited, they cannot share attorneys with Shafer because of the central role he played as an organizer of the scheme, according to Politico. Shafer and other Trump supporters organized groups of fake electors ahead of the Jan. 6 Capitol riot and submitted fake slates of electors for former President Donald Trump in states won by President Joe Biden. The Georgia scheme is under investigation by Fulton County District Attorney Fani Willis, who is probing efforts to overturn the state's election.

Wednesday's ruling was a partial victory for Willis, who asked for both attorneys representing 11 fake electors to be disqualified over concerns that the joint representation could pose a conflict if any were criminally charged and others were called to testify as witnesses. Attorneys Kimberly Burroughs Debrow and Holly Pierson argued that their clients had not been charged with a crime and faced minimal legal exposure and waived concerns about a conflict in order to share the two attorneys.

McBurney agreed that potential criminal charges against the other 10 fake electors were "remote and hypothetical" but said Shafer is "the exception" because he was "not just another alternate elector."

"Given the information before the Court about his role in establishing and convening the slate of alternate electors, his communications with other key players in the District Attorney's investigation, and his role in other post-election efforts to call into question the validity of the ofﬁcial vote count in Georgia, the Court ﬁnds that he is substantively differently situated," McBurney wrote in a seven-page opinion.

"His fate with the special purpose grand jury (and beyond) is not tethered to the other ten electors in the same manner in which those ten ﬁnd themselves connected," McBurney wrote. "This imbalance in exposure to the District Attorney's investigation makes it impractical and arguably unethical for Pierson and Debrow to represent all eleven together."

McBurney ruled that the two attorneys "may represent David Shafer or the other ten alternate electors — but not both." Another five of the state's 16 fake electors are represented by different attorneys.

He cited Shafer's unique role in organizing the effort, including emails and other records showing that he played a key role in the plot. Shafer organized Republicans in the Georgia state capitol in December 2020 to forge a fake elector certification and served as one of the fake electors himself, according to CNN. He was also a plaintiff in a dubious lawsuit as he fought to overturn the election. He coordinated at least some of his efforts with Trump's team, testifying to the House Jan. 6 committee that he organized the scheme at the direction of the Trump campaign.

Though Shafer's lawyers insist he didn't commit a crime and did everything out in the open, investigators obtained an email from a former Trump campaign aide asking the fake electors for "complete secrecy and discretion" and urged them to misdirect security at the state capitol when they arrived.

Debrow and Pierson told Politico they disagreed with the ruling and argued they should be allowed to represent all 11 clients.

"Mr. Shafer did not select the replacement electors or have any legally material 'communications with other key players in the District Attorney's investigation,'" the lawyers said in a statement. "His only 'role in other post-election efforts to call into question the validity of the official vote count in Georgia' was the constitutionally protected act of petitioning the government through the proper judicial process to contest the election, a lawsuit in which the nominee electors themselves were the real parties in interest."

The involvement of the fake electors in the TrumpWorld plot to overturn his loss in the state is just one part of Willis' investigation. She is also probing Trump's efforts to pressure Secretary of State Brad Raffensperger to "find" enough votes to overturn his loss in the state and other efforts by Trump allies like then-White House chief of staff Mark Meadows and Sen. Lindsey Graham, R-S.C. Meadows and Graham fought the grand jury subpoenas they received in the probe but were ultimately ordered to testify. Graham testified for "just over two hours and answered all questions" last month, a spokesman said. Meadows earlier this week had his bid to dismiss the subpoena rejected by South Carolina's Supreme Court.

"We have reviewed the arguments raised by [Meadows]," the opinion said, "and find them to be manifestly without merit."

about the Georgia fake elector plot