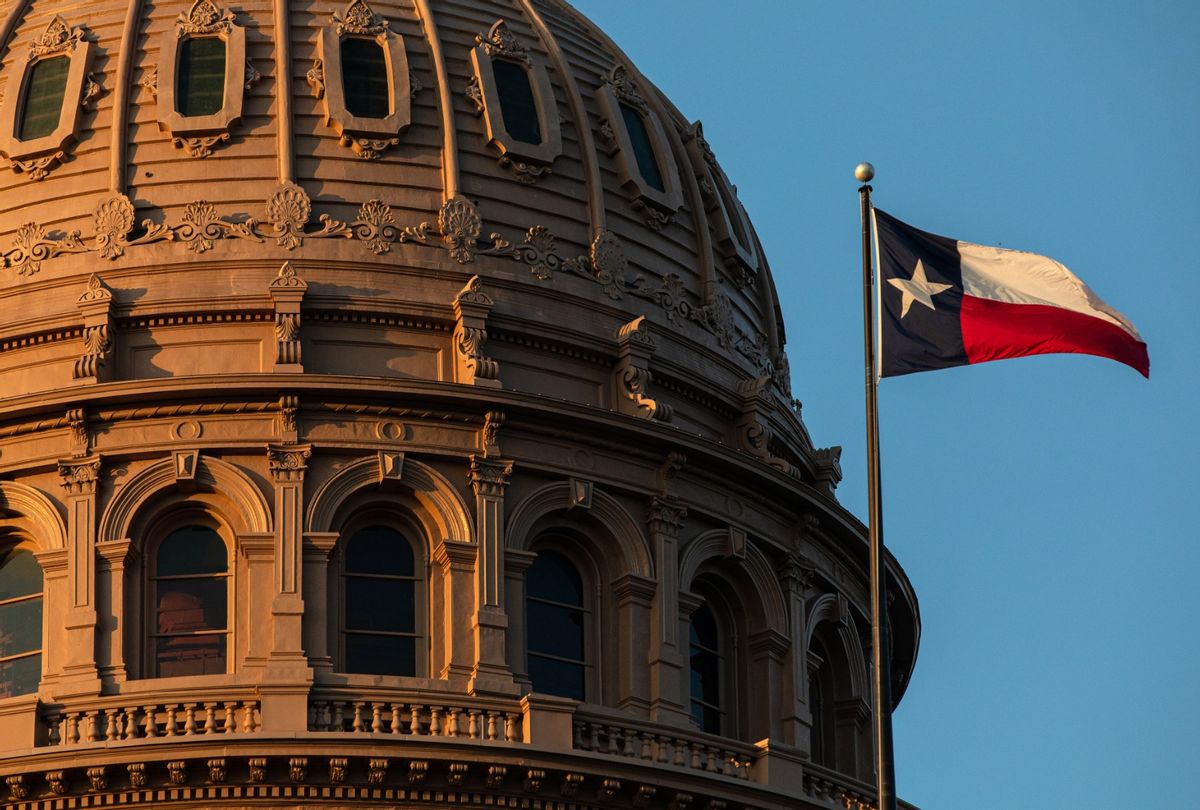 The Texas State Capitol is seen on the first day of the 87th Legislature's third special session on September 20, 2021 in Austin, Texas. (Tamir Kalifa/Getty Images)
--

A losing Republican candidate for the Texas House of Representatives is challenging his defeat and asking the Legislature to void the results of the election.

Republican Mike May this week filed what's known as an election contest with the Texas secretary of state's office, citing reports of scattered paper ballot shortages at "numerous" polling places on Election Day. May lost to incumbent Democrat Jon Rosenthal by more than 6,000 votes in his bid to represent House District 135 in the Houston area.

The secretary of state's office on Tuesday delivered May's petition to House Speaker Dade Phelan, who can refer the contest to a committee for investigation and appoint another member of the House as a "master" to oversee discovery and evidence related to the contested election. If they side with May and void the results, another election would be required to decide the district's representative. The House can also toss the contest by declaring it "frivolous."

Election Day issues once again pushed Harris County's election officials back under scrutiny, including from the state's Republican leadership. Voting in Harris County was extended by court order for an extra hour after about a dozen polling places were delayed in opening. The county's elections administrator Clifford Tatum has also acknowledged issues with insufficient paper ballots at some polling places, though he said election staff was dispatched to deliver additional ballots.

The fumbles prompted a lawsuit by the Harris County GOP, which alleged voters were disenfranchised by the paper shortages. The Harris County district attorney has since launched an investigation into allegations of "irregularities." The Texas Election Code includes criminal penalties for various violations, including illegal voting, the unsolicited distribution of mail-in ballot applications by local election officials and the failure to distribute election supplies.

In his petition, May argued the results of the election were not the "true outcome" because election officials "prevented eligible voters from voting." May did not immediately return a request for comment.

On Friday, Rosenthal's camp framed May's election contest as part of a national trend to "deny the outcome of an election when you lose."

"This race demonstrated one of the largest percentage point differences in Harris County, it wasn't even close," Rosenthal's campaign manager, Bailey Stober, said in a statement. "The opposition presented himself and his positions and was rejected by voters overwhelmingly. That is how democracy works."

The statement came soon after Harris County Attorney Christian D. Menefee criticized the contest as an effort to "call into question the 2022 election in Harris County and lay the groundwork to force a redo."

It's unclear how Phelan will handle the contest. But Menefee said he was hopeful that Phelan would throw out the challenge.

"And I trust that he will ensure a fair process before impartial legislators, without interference from the state leaders and other elected officials who have a history of making baseless claims against Harris County elections," Menefee said.

The House took on a similar exercise in 2011 following a challenge by Travis County Republican Dan Neil, who, after a recount, lost to state Rep. Donna Howard, D-Austin, by 12 votes. The House eventually upheld Howard's win. She remains in the Texas Legislature.

Up till then, the Legislature had seen 113 election contests since 1846, according to the Texas Legislative Council, an in-house legal and research arm of the Texas Legislature. The losing party, however, had not managed to turn the outcome of the election at least in the last 30 years. In the one case in which the House ordered a new election in 1981, the winner of the initial contest was again elected.

Harris County, the state's largest, has in recent years been ground zero for partisan battles over election administration. Since losing control of the county, Republicans have regularly challenged new voting initiatives like the creation of countywide voting that allows voters to cast ballots at any polling place on Election Day as well as the county's creation of an elections administrators office.

The county also drew the ire of state Republicans who, in sweeping legislation passed in 2021, banned initiatives it championed in the first major election during the pandemic — 24-hour voting and drive-thru voting. The county said those voting methods were disproportionately used by voters of color.

Harris County will already be the subject of a full post-election audit by the state. The secretary of state's office previously selected the county for review as part of a new audit process put in place by the Republican legislation.

Disclosure: Texas Secretary of State has been a financial supporter of The Texas Tribune, a nonprofit, nonpartisan news organization that is funded in part by donations from members, foundations and corporate sponsors. Financial supporters play no role in the Tribune's journalism. Find a complete list of them here.

This article originally appeared in The Texas Tribune at https://www.texastribune.org/2022/12/02/texas-house-election-challenge/.