Biden wants to block a primary challenge from the left: That's not democracy 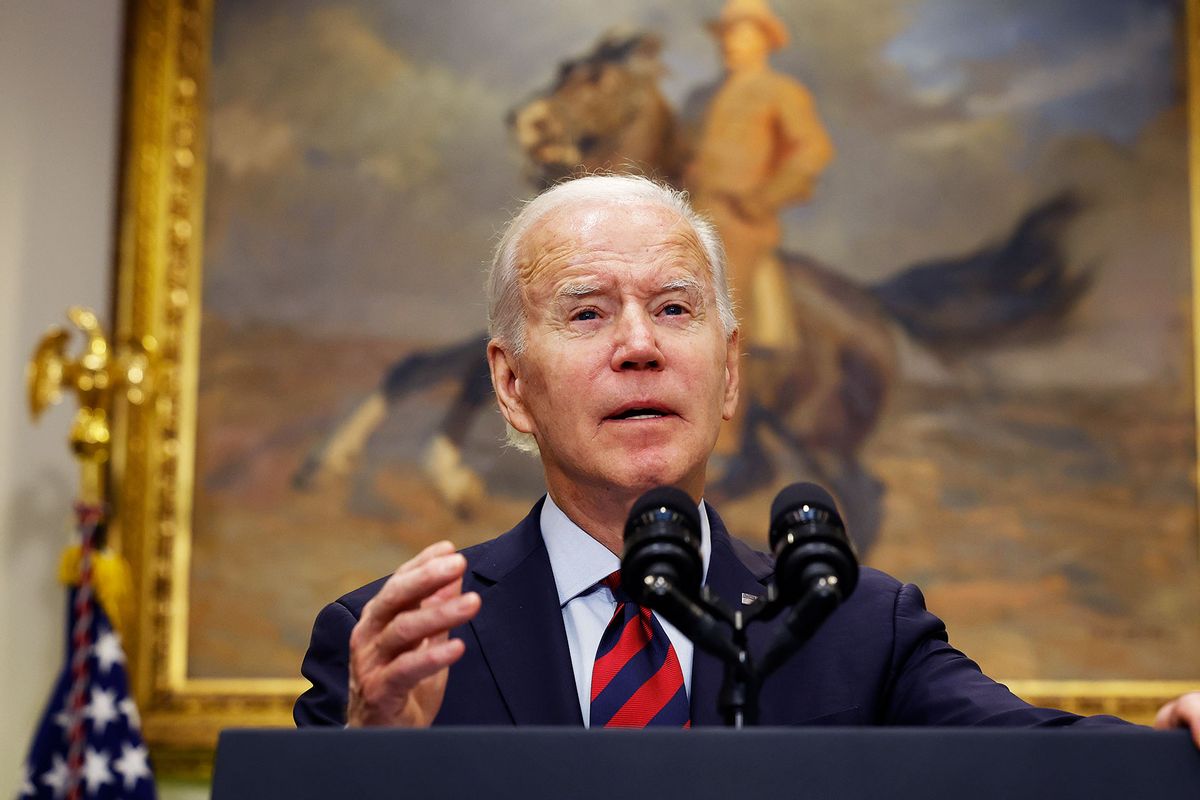 Joe Biden has directed the Democratic National Committee to reduce the danger that progressives might effectively challenge him in the 2024 presidential primaries. That's a key goal of his instructions to the DNC last week, when the president insisted on dislodging New Hampshire — the longtime first-in-the-nation primary state where he received just 8 percent of the vote and finished fifth in the 2020 Democratic primary. No wonder Biden wants to replace New Hampshire with South Carolina, where he was the big primary winner.

The White House and mainstream journalists have echoed each other in asserting that Biden will face no serious challenge to renomination if he runs for a second term. But his blatant intrusion into the DNC's process for setting the primary calendar is a sign of anxiety about potential obstacles to winning the nomination.

Biden was a drag on the Democrats in the midterms: He'd be a disaster in 2024

Unlike all other states under consideration for early primaries, South Carolina is not a battleground state. Everyone knows the Democratic ticket won't even come close to winning in deep-red South Carolina in 2024. But the party apparatus in the Palmetto State — which was so vital to Biden's 2020 campaign and could prove pivotal again — is dominated by Biden's powerful centrist ally, Rep. Jim Clyburn.

The Biden plan to reorder the 2024 schedule "includes a subtle but effective ploy to minimize the chances that he'd face a left-wing challenger in the primaries if the 80-year-old president, as expected, seeks a second term," as Walter Shapiro wrote approvingly in the New Republic. "More than that, Biden has created a template beyond 2024 to lessen the odds that future versions of Bernie Sanders will get liftoff in the early Democratic primaries."

But serious public discussion from candidates with a range of outlooks is badly needed in the process of selecting the presidential nominee. From health care to extreme economic inequality, labor rights, racial justice, military spending, foreign policy and the climate emergency, voters in Democratic primaries need to hear crucial issues debated.

The current prevailing attitudes are retrograde. While Democratic politicians and pundits weigh in on whether Biden should run again, his party's voters are presumed to be little more than spectators. But the decision on whether Biden will be the nominee in 2024 shouldn't be his alone. A party that has put so much emphasis on the importance of democracy should not be so eager to short-circuit it in the presidential nominating process.

Very few congressional Democrats have been willing to publicly depart from the party line that Biden would be a fine standard-bearer. The few dissenting voices are usually furtive. The New York Times reported after the midterm elections that one House Democrat — speaking "on the condition of anonymity to avoid antagonizing the White House" — said that "Biden's numbers were 'a huge drag' on Democratic candidates, who won in spite of the president not thanks to him."

Fear of antagonizing the White House has sealed Democratic officeholders inside a bubble that carries them away from the party's grassroots base. This fall began with most Democratic voters not wanting Biden to be the party's nominee next time. Even amid post-midterm euphoria among Democrats, the party's voters remain evenly split on the question. But Democrats on Capitol Hill and other party leaders remain frozen in place, unwilling to express any doubt on the wisdom of renominating this president.

This disconnect from the party's base is in sync with a refusal to acknowledge the evidence suggesting that having Biden at the top of the ticket would be an albatross around the necks of Democratic candidates in 2024. While voters are evenly divided between the two major parties, Biden's public-approval deficit has exceeded 10 percent almost all of this year. Nine out of 10 young adults — a key cohort for Democratic prospects — don't want him to run for re-election. In midterm exit polling, two-thirds of voters said they didn't want Biden to run. Yet when asked about those survey results, the president fell back on "watch me" bravado.

We're told that smoke-filled rooms are a thing of the past in national politics. But when a president wants to run for re-election, the anticipated mode is not much better. Looking ahead, the only way to inject participatory democracy into the Democrats' nominating process for 2024 is to insist that the nomination should be earned with the party's voters, not bestowed from on high.

If President Biden decides to seek the Democratic nomination, as now seems likely, credible primary challengers could enliven an otherwise stultifying process, making it robust instead of a bust. The corrosive effects of stagnant assumptions should be held up to disinfecting sunlight. New ideas should be discussed, not suppressed.

Conventional wisdom in American politics holds that an incumbent president has the divine political right to be the party's nominee for a second term. But a president is not a party's king, and should not be given the nomination without earning it.

on the Biden presidency