Criminal referral for Trump is coming — but it's the Jan. 6 evidence that matters 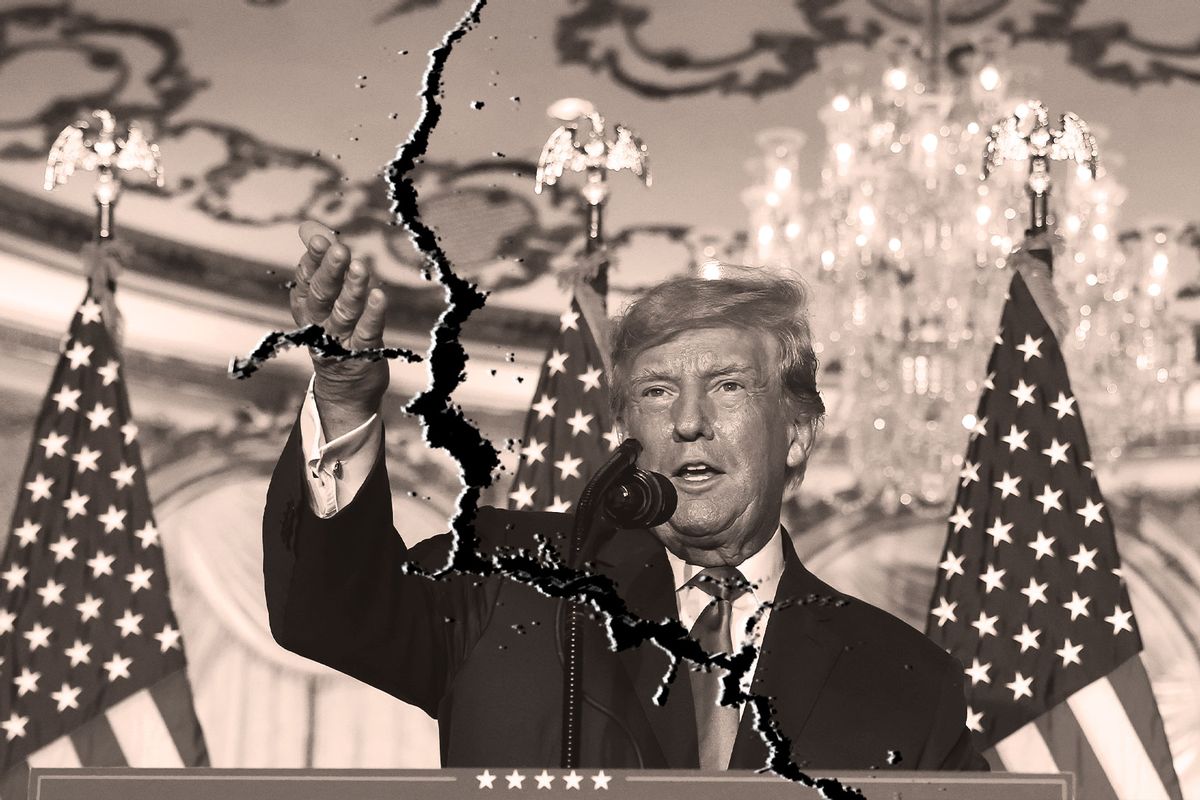 As sure as the sun rises in the east, on Monday afternoon the House Jan. 6 committee will today refer former President Donald Trump to the Justice Department for criminal prosecution. The open questions are: On which charges, and who else will be referred?

Prosecutors and the committee, even as parts of different branches of government, share the mission of strengthening the rule of law. Prosecutors do it by charging and convicting those who violate criminal statutes. The committee's principal task has been to marshal and present evidence that educates the American people about Trump's role as the central actor in the conspiracy to end our democracy.

Even as Republicans hammered the issues of inflation and crime during the November midterms, post-election polls showed that 44% of voters ranked democracy as their No. 1 concern.

The committee gets the lion's share of credit for that; its televised hearings captured the country's attention this summer, and shifted the narrative about Trump's involvement and culpability. Trump's multi-pronged efforts to unlawfully stay in power are sure to be front and center at Monday's hearing.

Over at the Justice Department, newly-appointed special counsel Jack Smith will care more about the committee's evidence — expected to be released Wednesday, with its report — than about the referrals themselves.

Smith will be especially interested in new evidence that the committee is likely to present or include in its report. Since its last hearing, the committee has interviewed new witnesses, including some of the Secret Service agents about whom former Trump aide Cassidy Hutchinson testified so dramatically in June.

One new witness whose testimony could be highly useful to prosecutors is Robin Vos, Wisconsin's Republican Assembly speaker. More than a year after the 2020 election, Trump repeatedly phoned Vos, asking him to retroactively reverse Biden's 20,000-vote Wisconsin win.

To prove criminal intent, prosecutors can often introduce evidence of similar acts — even later ones — intended to achieve the same unlawful end for which a person is on trial. Trump's attempts to have Wisconsin's election overturned had the same purpose as his infamous Jan. 2, 2021, call to Georgia Secretary of State Brad Raffensperger, seeking to interfere with that state's election results.

Only last week, as the new man on the job, Smith subpoenaed Raffensperger to testify before a grand jury. Trump's phone call to Georgia could easily be central to federal charges against him for conspiracy to defraud the United States of its function of conducting honest elections. According to a Politico report on Friday, that's one of the charges for which the committee will recommend potential indictment.

Hard as it is not to focus on the headline-making criminal referrals, what will matter far more to prosecutors is the committee's mountains of evidence. Smith needs to see the committee's transcripts of depositions, not only for any evidence against Trump that DOJ prosecutors have not yet gathered, but also to weigh the credibility and usability of witnesses who might be called at trial.

Examining witnesses' prior sworn statements helps prosecutors assess their vulnerability on cross-examination. If they have changed their story, for example, juries may disregard their testimony, whatever they may say that inculpates a target.

As for Trump's allies — in particular Mark Meadows, Rudy Giuliani, Trump lawyer John Eastman and former DOJ lawyer Jeffrey Clark — again, any referrals for prosecution will be less important to prosecutors than whatever evidence the committee has gathered against them, and what testimony they might offer against Trump if they were to cooperate.

Giuliani, for example, reportedly led the "fake electors" scheme in seven states. The goal was to create alternative slates of Trump electors and then to manufacture purported "disputes" over whose electors were legitimate. Trump and his allies hoped that might provide a basis for Vice President Mike Pence not to certify Biden's election.

Pence refused to play along, but the attempted crime remains.

Only recently has Smith subpoenaed evidence from the seven states' officials who were allegedly involved. The committee, with its considerable head start, is sure to have documents and testimony that Smith has not yet obtained.

The fake-elector plot is important to prosecutors. Not only was it central to Trump's attempted "quiet coup" to overturn the election, but it deployed fraudulent certification documents that purported to have official seals. Phony documents are a clear sign of corruption, likely to lead juries to convict.

Another important issue for the DOJ in deciding whom and how to indict will be the question of how best to try their targets — separately, or all together in a conspiracy. In March, federal Judge David Carter found it "more likely than not that President Trump and Dr. Eastman dishonestly conspired to obstruct the Joint Session of Congress" on Jan. 6, based on evidence the House committee had submitted under seal. Smith will soon have it.

Anyone who has paid attention to this slow-unfolding legal drama cannot help anticipating whom the committee names for criminal investigation. How much that means to the DOJ is an entirely different question. Indictments depend on evidence, and prosecutors should be receiving boatloads of that from the committee later this week.

on the Jan. 6 committee and Donald Trump's legal troubles