"Why are we letting our people share a stage with Ali Akbar and people like that?," asked a Republican strategist 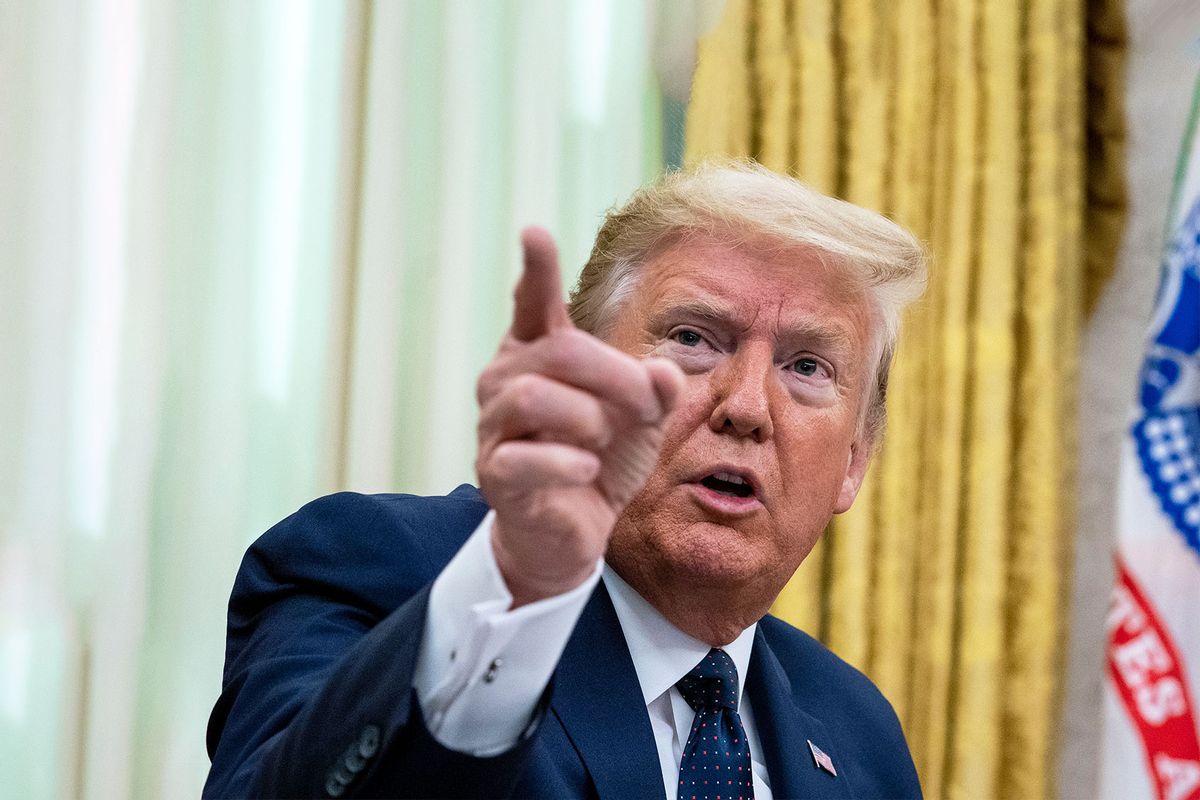 A new report has shed light on the advice former President Donald Trump ignored despite the level of concern his advisors expressed leading up to the "Stop the Steal" rally.

According to a new report written by The Daily Beast's Zachary Petrizzo, the details were reported in new depositions from the House Select Committee investigating the Jan.6 insurrection at the U.S. Capitol. In his article, Petrizzo explained the extent of advisors' concerns as he highlighted both Ali Alexander and Infowars founder Alex Jones as examples of the type of far-right influences advisors were most concerned about.

"Trump confidants were so concerned about associating the president with Alexander that, despite Alexander being a central organizer for the Jan. 6 rally, they repeatedly took steps to distance Trump from Alexander," Petrizzo wrote.

He went on to offer a brief history of Petrizzo's seemingly checkered past as he explained why Trump's advisors were so concerned about his presence.

"Alexander—whose real name is 'Ali Akbar'—had a criminal record from 2007, when he pled guilty to felony property theft and was sentenced to 12 months probation. But more than that, Alexander had become a far-right agitator," he wrote. "Ahead of Jan 6, he pushed the baseless conspiracy theory that now-Vice President Kamala Harris was not 'Black,' and when the Hotel Harrington closed its doors in the lead-up to Jan. 6, Alexander said that, if something bad happens to the downtown tourist hotel in response to their decision, 'don't ask me to denounce it.""

According to Petrizzo, Arthur Schwartz, a Republican strategist and friend of Don Trump Jr., asked the former president's senior advisor Katrina Pierson, 'Why are we letting our people share a stage with Ali Akbar and people like that?'"

Despite the concerns, Petrizzo noted that the former president "overruled" them. Petrizzo added, "And still, despite all the warnings, Trump overruled his advisors and made sure Alexander had a speaking spot—if not on Jan. 6 during Trump's rally at the Ellipse, then at least at Freedom Plaza on Jan. 5."

"Pierson wasn't deterred," The Beast reported. "She gave it one last shot by going to White House Chief of Staff Mark Meadows, writing in a text message, according to the committee: 'Things have gotten crazy, and I desperately need some direction.' Moving the cast of controversial characters didn't work, and she had to make the case to Trump himself at a Jan. 4 meeting, to 'keep the fringe on the fringe' and prohibit 'convicted felons'—a not-so-veiled dig at Alexander—from damaging the reputation of other pro-Trump speakers."

But the former president ultimately dismissed the concerns and "demanded that Alexander be issued a speaking slot, according to the committee."