Kari Lake ally rages after Katie Hobbs is sworn in: “The legislature must vote to decertify”

"I will NOT standby while my favorite state is stolen by radical leftists," declared Arizona Rep. Rachel Jones 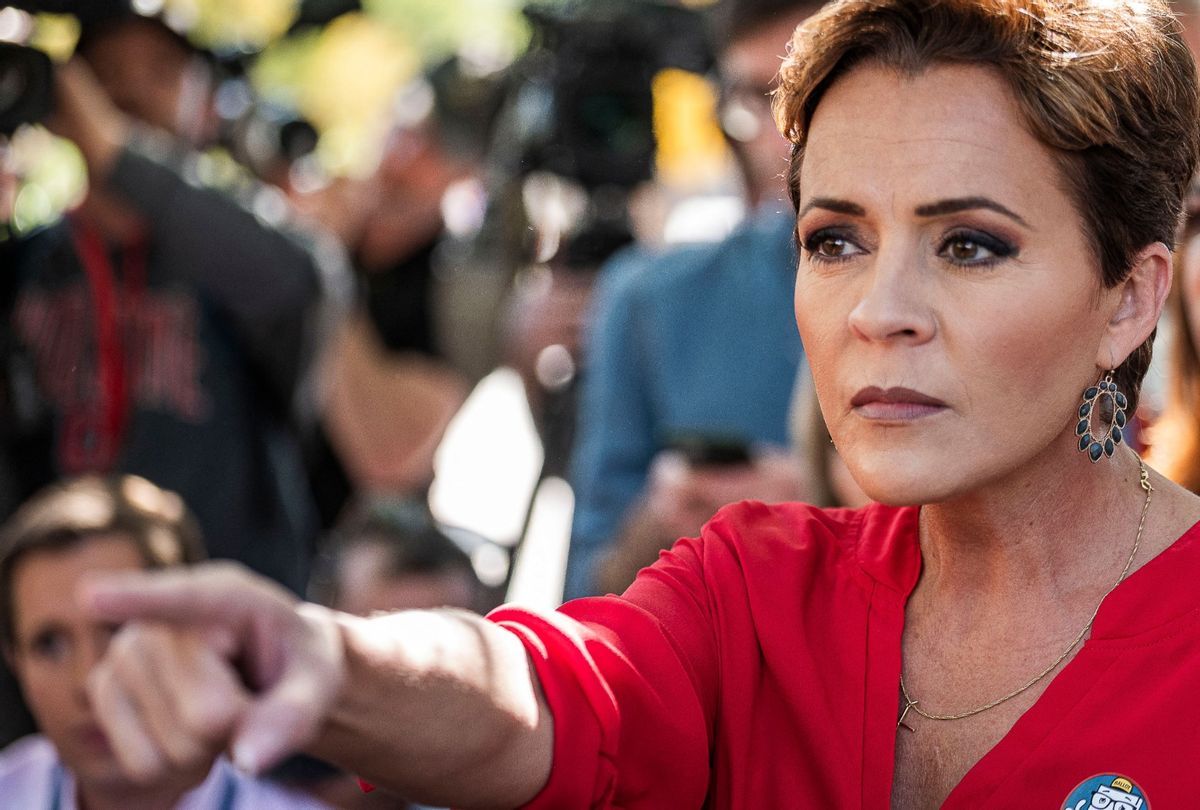 Republican gubernatorial candidate for Arizona Kari Lake speaks to members of the media after voting in the US midterm election, in Phoenix, Arizona, on November 8, 2022. (OLIVIER TOURON/AFP via Getty Images)
--

Democrat Katie Hobbs on Monday was officially sworn in as Arizona's governor, and allies of defeated Trump-backed rival Kari Lake are not taking it well.

Rachel Jones, a newly elected Arizona state representative, took to Twitter to express her rage that Hobbs was officially sworn in as the winner after she received roughly 17,000 more votes than Lake.

"I will NOT move on like everything is o.k.," wrote Jones. "I will NOT pretend like Fake Katie Hobbs is the legitimate governor of AZ. I will NOT standby while my favorite state is stolen by radical leftists. I will NOT allow this election to be stolen."

When one of Jones' followers asked when she was prepared to actually do about it, she replied she would push for the Arizona State Congress to "decertify" the results.

"The legislature must vote to decertify," she wrote. We need to demand to see chain of custody documents required by law. If this election is on the up and up, like the haters want us to believe, why won't they prove it?"

Another follower sarcastically asked Jones if she planned to send a mob to attack the Arizona Capitol building like Trump supporters did on January 6th, 2021 -- and she replied with conspiracy theories about the FBI organizing the entire riot.