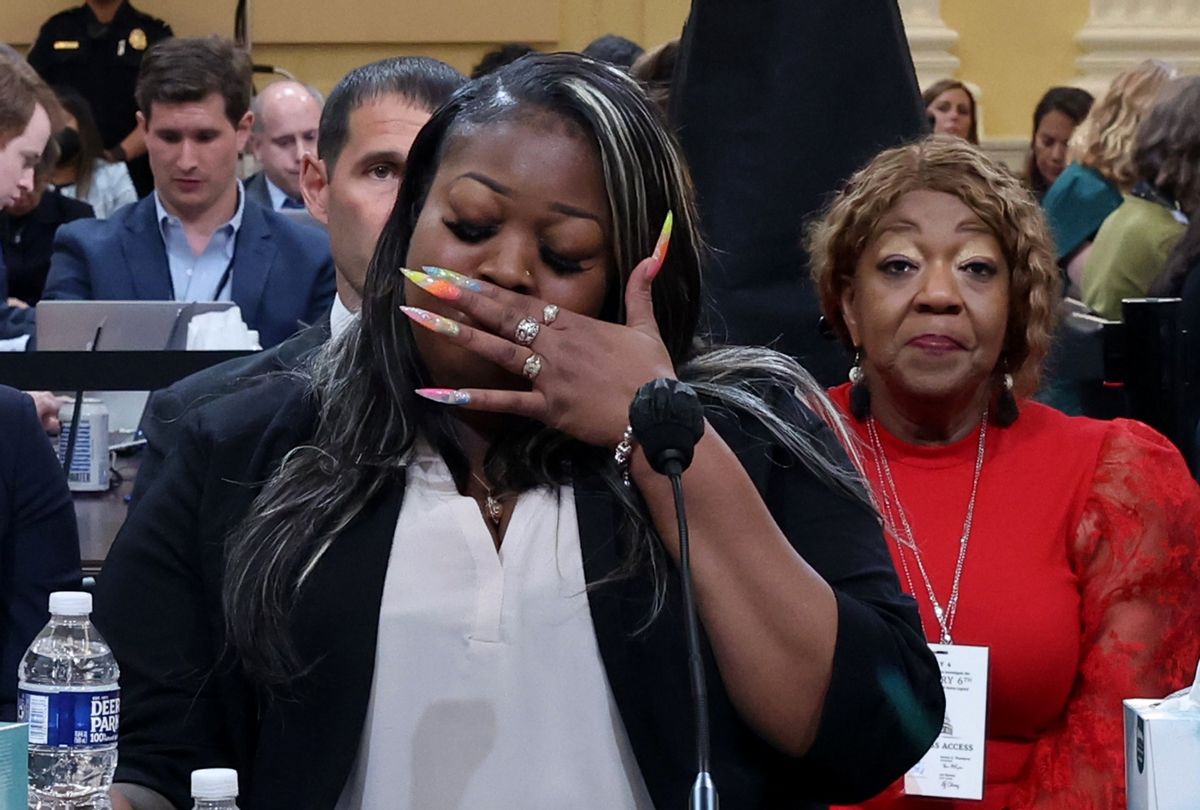 During a House Select Committee to Investigate the January 6th Attack on the United States Capitol hearing in June, Wandrea Shaye Moss and her mother Lady Ruby Freeman testified under oath that Trump's then-attorney Rudy Giuliani alleged that they helped steal the presidency away from Trump.

It's turned my life upside down. I no longer give out my business card. I don't transfer calls. I don't want anyone knowing my name. I don't want to go anywhere with my mom because she might yell my name out over the grocery aisle or something. I don't go to the grocery store at all. I haven't been anywhere at all.

I've gained about 60 pounds. I just don't do nothing anymore. I don't want to go anywhere. I second guess everything that I do. This affected my life in a major way. In every way. All because of lies, for me doing my job, the same thing I've been doing forever.

Moss and Freeman sued Giuliani in December 2021. He attempted and failed to have the defamation proceeding dismissed this past November.

The case stated that "on multiple occasions, strangers camped out at Ms. Freeman's home and/or knocked on her door. When Ms. Freeman was not home or would not answer the door, these strangers would sometimes also harass her neighbors. Strangers were coming to her home so frequently that the local police agreed to add her address to their patrols in the area."

The mother-daughter duo also filed a lawsuit against the right-wing news website The Gateway Pundit for promoting Giuliani's "campaign of lies."

That complaint, which was ultimately settled by the parties, contained additional details of the petitioners' plight:

Freeman made a series of 911 emergency calls in the days after she was publicly identified in early December by the president's camp. In a Dec. 4 call, she told the dispatcher she'd gotten a flood of 'threats and phone calls and racial slurs,' adding: 'It's scary because they're saying stuff like, 'We're coming to get you. We are coming to get you.'

Two days later, a panicked Freeman called 911 again, after hearing loud banging on her door just before 10 p.m. Strangers had come the night before, too. She begged the dispatcher for assistance. 'Lord Jesus, where's the police?' she asked, according to the recording, obtained by Reuters in a records request. 'I don't know who keeps coming to my door. Please help me.'

All of that prolonged trauma was forced back into the fray by Trump's trio of so-called "Truths," which were posted roughly twenty minutes apart.

Wow! Has anyone seen the Ruby Freeman 'contradictions' of her sworn testimony? Now this is 'BIG STUFF.'Look what was captured by Cobb County police body cameras on January 4, 2021. 'And everything they are saying is false. Everything from the quote unquote SUITCASES OF THE BALLOT BOXES, TO THE WHY WE OPENED THEM BACK UP. EVERYTHING THEY SAID WAS FALSE.THE FBI…REACHED OUT TO ME ONLY TO CLEAR MY SOCIAL MEDIA (evidence tampering?)…COUNT WAS LOW, IT WAS REALLY LOW.' Now it gets really bad,TRUTH 2

Ruby Freeman, page 2: 'BOOM under the table. Cut the zip ties to scan them so the number would go up…so that's how the number was CREATED, by the ballots going through the scanner…I do want an attorney. IT'S ALL A FRAUD. EVERYTHING THEY ARE SAYING IS FALSE. FROM THE SUITCASES OF THE BALLOT BOXES, TO WHY WE OPENED THEM BACK UP. EVERYTHING THEY SAID WAS FALSE.' They got Ruby 7 top D.C. lawyers and protection from the FBI (Again?). WHY? She then 'changed' her statements - LIED? TROUBLE FOR RUBY!!!

What will the Great State of Georgia do with the Ruby Freeman MESS? Why not just tell the TRUTH, get rid of the turmoil and guilt, and take our Country back from the evils and treachery of the Radical Left monsters who want to see America die? MAKE AMERICA GREAT AGAIN!