Some Republicans say threat of government shutdown is "non-negotiable" 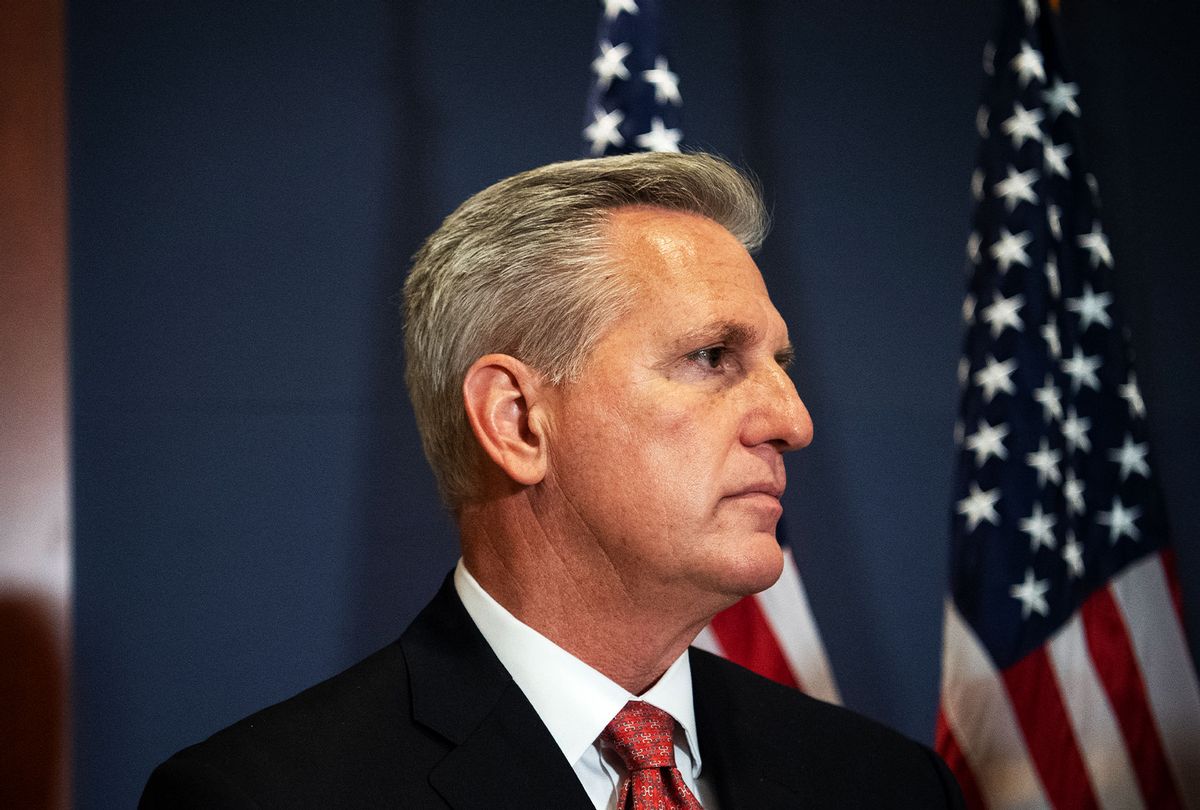 The refusal by U.S. House Republicans to collectively get behind a speaker candidate in six rounds of voting so far this week has renewed concerns about the coming fight over raising the debt ceiling to prevent an unprecedented government default.

After the GOP won a narrow House majority in the November midterm elections, economists and progressives in Congress called for raising the federal borrowing limit during the lame-duck session. However, Democrats failed to pass standalone legislation or include a provision in the omnibus package President Joe Biden signed last week, setting up the battle for this year.

The arbitrary cap was last increased by $2.5 trillion to $31.381 trillion in December 2021 and is expected to be reached no sooner than the summer. Although that means lawmakers likely have months to act, some Republicans have signaled that they intend to use the threat of a potential default—which could cause a global economic crisis—to force concessions.

Specifically, GOP lawmakers have set their sights on cuts to Medicare and Social Security. While Biden vowed in November that "under no circumstances" would he go along with GOP attacks on such programs, the political theater in the House on Tuesday and Wednesday has fueled fears that some Republicans would be willing to force the first-ever default.

The House adjourned Wednesday afternoon until 8:00 pm ET, after a trio of votes in which far-right House Republicans repeatedly denied Congressman Kevin McCarthy, R-Calif., the speakership—events that followed three similar voting rounds on Tuesday. Members briefly returned to the chamber as planned Wednesday night and narrowly voted to adjourn until noon on Thursday. The chamber can't move forward with any legislative business until the leadership position is filled.

"The 20 opposed to McCarthy want all-out war against Democrats and Biden," Institute for Policy Studies fellow Sanho Tree said of the Republicans blocking his path to speaker. "They think that by taking the debt ceiling hostage this year, the House can force the Senate and [White House] to agree to slashing spending, a border wall, and cuts to Medicare and Social Security."

Rep. Andy Barr, R-Ky., suggested to Punchbowl News' Brendan Pedersen that the speaker fight doesn't "necessarily portend a problem with the debt limit," adding that "I think there will be a way forward," but some Democrats aren't convinced.

"If House Republicans can't even get it together to choose their leader, they can't be trusted with the debt ceiling, fighting inflation, or helping families make ends meet," Rep. Sara Jacobs, D-Calif., tweeted Wednesday evening. "They've proven they can't lead."

One of the House Freedom Caucus members who has repeatedly voted against McCarthy for speaker, Rep. Ralph Norman, R-S.C., discussed the debt limit with journalists on Wednesday, reportedly saying: "Is he willing to shut the government down rather than raise the debt ceiling? That's a non-negotiable item."

A reporter asked Norman if he meant default on the debt, as the debt ceiling and a government shutdown are not directly linked. "That's why you need to be planning now what agencies—what path you're gonna take now to trim government. Tell the programs you're going to get to this number. And you do that before chairs are picked," he said, referring to the process of choosing and installing House committee chairs.

A quirk of parliamentary procedure requires Congress to authorize spending, then appropriate money for those authorized expenditures, and then to authorize the Treasury Department to issue debt in order to pay for that appropriated money. Some constitutional scholars argue that the debt ceiling is unconstitutional, but currently both parties recognize it as a legal and valid restriction on the government's ability to issue debt.

"Eventually, he's going to have to cut a deal with Democrats, because it's going to be easier to get a deal with us than with his 20-headed monster he has over there," Sherman said. "He's going to have to agree with Democrats to not hold hostage the full faith and credit of the United States, to not put us in a position where we're going to shut down the government. And eventually, I think Americans will benefit from this ugly picture of chaos."

The New York Daily News reported Wednesday that though Rep. Alexandria Ocasio-Cortez, D-N.Y., "emphatically ruled out supporting embattled" McCarthy, the progressive congresswoman suggested to journalists that there was potential for a compromise speaker who agreed to raise the debt ceiling along with "a combination of" other concessions.

Meanwhile, some critics of the Republican Party used the ongoing speakership drama to remind Americans that no matter who ultimately ends up at the helm, "they all want to cut your Social Security" and protect wealthy tax dodgers.