"Don't threaten us with a good time": Matt Gaetz’s threat to “resign” from Congress badly backfires

“If Democrats join up to elect a moderate Republican, I will resign from the House," Gaetz declared on Fox News 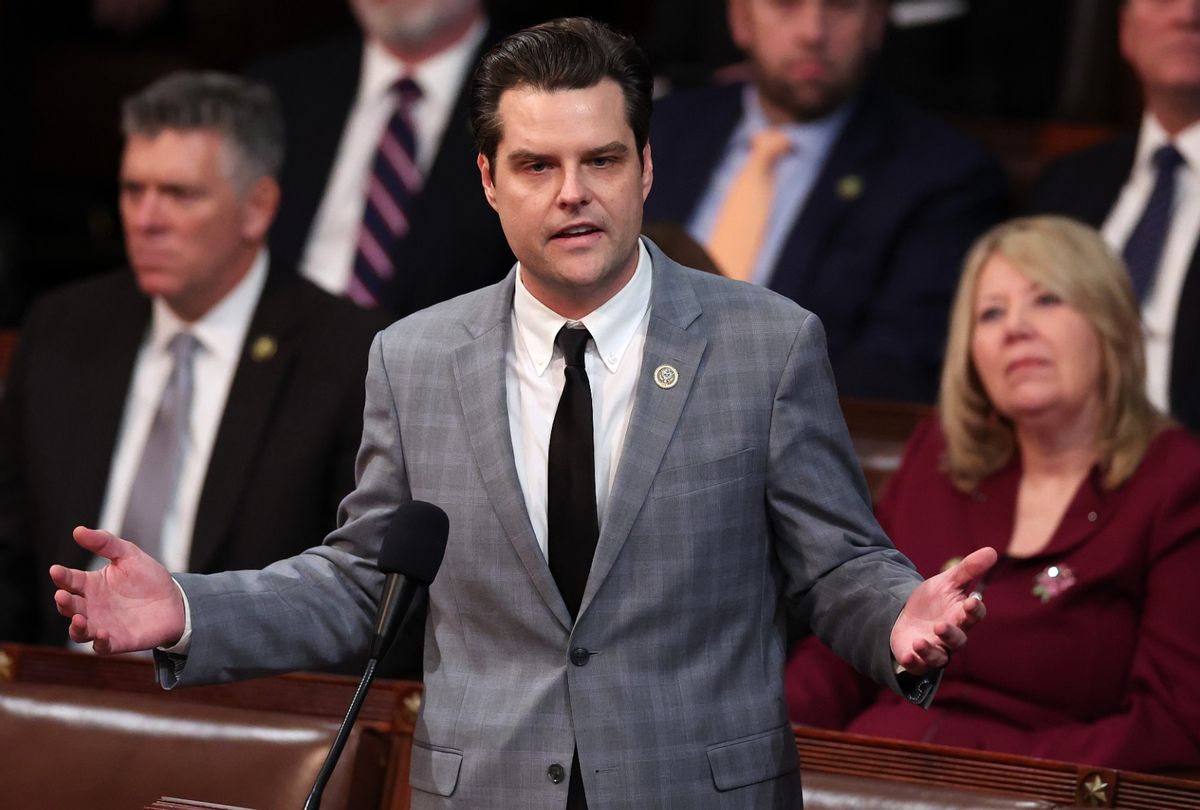 Rep.-elect Matt Gaetz (R-FL) delivers remarks in the House Chamber during the fourth day of elections for Speaker of the House at the U.S. Capitol Building on January 06, 2023 in Washington, DC. (Win McNamee/Getty Images)
--

Rep. Matt Gaetz, R-Fla., is vowing to quit Congress if House Republicans reach a deal with Democratic lawmakers to elect a speaker of the House.

During a recent appearance on Fox News, the Republican lawmaker shared his opinion of the proposed bipartisan effort with host Laura Ingraham.

At one point during the appearance, Ingraham asked the Florida lawmaker if he would support a bipartisan agreement with moderate Democrats.

He made it clear he would not as he declared, "If Democrats join up to elect a moderate Republican, I will resign from the House of Representatives."

Following Gaetz's appearance, Twitter users quickly began sharing their reactions in hopes of his declaration actually being a promise.

"Is this a promise??" one Twitter user asked while another tweeted, "Don't threaten us with a good time!"

However, some are convinced that such a declaration would never come to fruition and one user tweeted, "Too bad he's lying, because that would be a deal worth taking."

Gaetz's remarks come as far-right House Republicans continue to cause roadblocks as they take over control of the chamber.