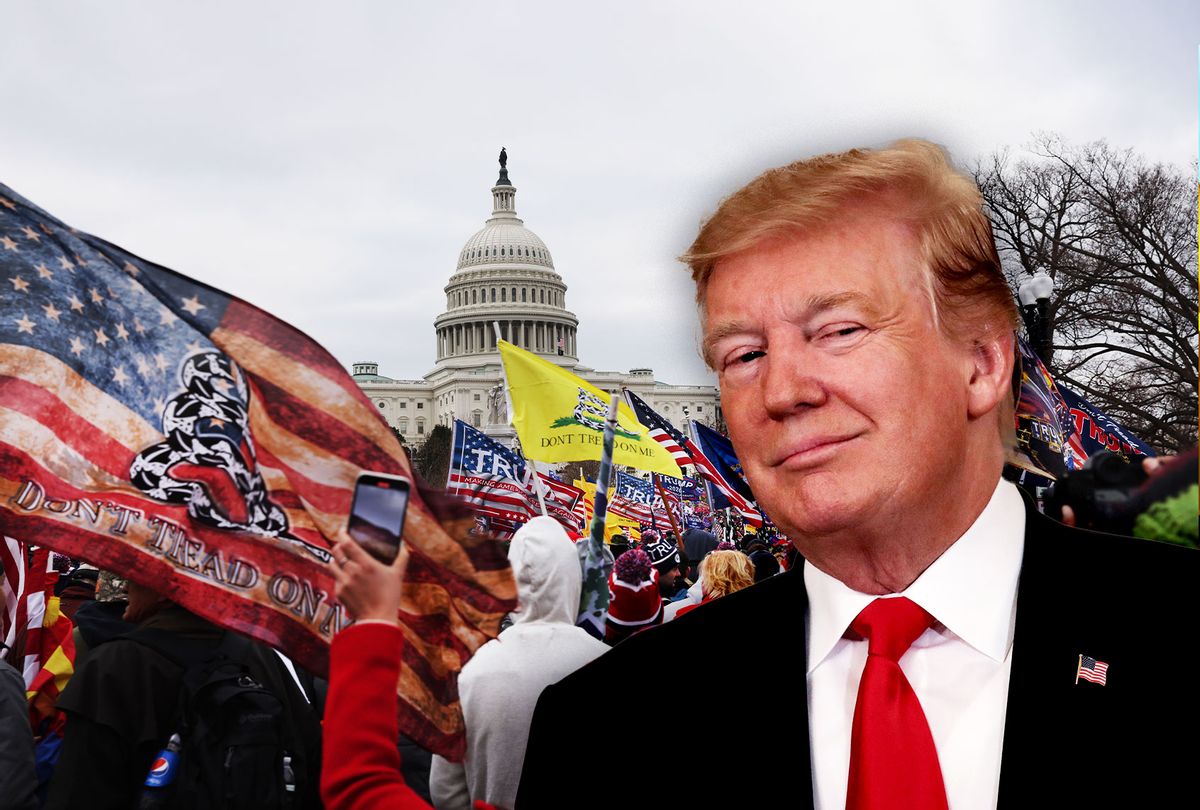 Sandra Garza, the girlfriend of late Capitol Police Officer Brian Sicknick, is suing former President Donald Trump for inciting the violent mob that she says led to his death.

CNN reports that Garza and Sicknick's estate filed a civil lawsuit against Trump for telling his supporters to go to the Capitol even though he allegedly knew they were armed and ready for violence.

"As Officer Sicknick and hundreds of others—including other police officers, elected officials, and rank-and-file workers at the Capitol—were put in mortal danger, and as the seat of American Democracy was desecrated by the insurgent mob, Defendant Trump watched the events unfold on live television from the safety of the White House," the complaint states. "The horrific events of January 6, 2021, including Officer Sicknick's tragic, wrongful death, were a direct and foreseeable consequence of the Defendants' unlawful actions."

Although Washington D.C.'s chief medical examiner ruled that Sicknick died from natural causes after suffering a stroke shortly after the January 6th Capitol riots, the examiner also said that "all that transpired" in the hours leading up to his death played a role in his condition.

In total, the complaint is seeking damages from Trump of more than $10 million.