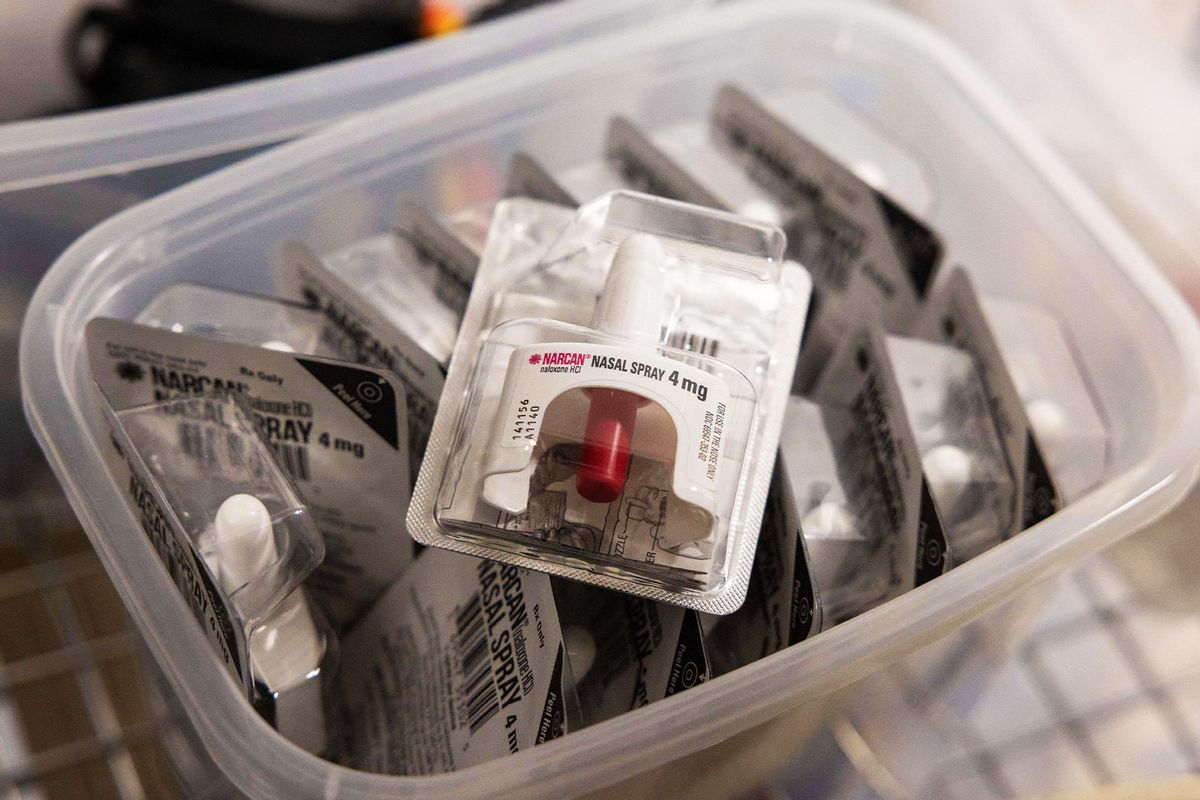 Without opioid painkillers to dull the ache in his knees and other joints, Arnold Wilson wouldn't be able to walk half a block. The 63-year-old former New York City nurse has crippling arthritis for which he takes OxyContin twice a day and oxycodone when he needs additional relief.

For the past several years, he's kept another drug on hand as well: naloxone, an overdose reversal drug often referred to by the brand name Narcan.

Although overdose deaths from illicit drugs sold on the street make headlines, the risk of overdose is just as real for patients who take opioids prescribed by their doctors.

"It gives me a sense of relief and security," said Wilson, who keeps Narcan nasal spray in his car and at home. His pain management doctor at Montefiore Medical Center in the Bronx prescribed the opioids in 2013, after a bout with meningitis exacerbated joint problems Wilson had as a result of two brain aneurysms and several strokes. His doctor urged him to start carrying Narcan in 2017.

Naloxone, which begins to reverse an overdose within minutes, is typically administered by others. Though he's never needed it, Wilson's 18-year-old daughter knows how to use it. "I've instructed her how to do it, in case I'm lethargic," he said. His girlfriend and friends know what to do, too.

A recently enacted New York law aims to ensure that naloxone is available if needed by people like Wilson who take prescription opioids.

Under the law, which took effect last summer, doctors must co-prescribe naloxone to certain patients who are at risk of an overdose when writing the patients' first opioid prescription each year. Risk factors that would trigger the requirement include taking a high daily dose of an opioid (at least 90 morphine milligram equivalents, or MME); taking certain other drugs, like sedative hypnotics; or having a history of substance use disorder.

At least 10 other states have similar laws, according to research by the Network for Public Health Law.

Someone may forget the timing of their last dose and inadvertently take too much, for example, or have a few extra drinks at a party, Khalid said. Alcohol and some medications, like benzodiazepines, amplify opioids' effects.

"Drug overdose deaths continue to climb, as they have nearly every year for more than two decades," said Emily Einstein, chief of the Science Policy Branch at the National Institute on Drug Abuse. In 2021, Einstein noted, overdose deaths in the United States topped an estimated 100,000 for the first time, according to provisional data from the Centers for Disease Control and Prevention. According to this provisional data, Einstein said, the vast majority of those deaths — over 80,000 — involved opioids. While most opioid overdose deaths were attributable to illicit fentanyl, approximately 17,000 deaths involved prescription opioids, including methadone.

Naloxone, available as either a nasal spray or injection, is considered safe and causes few side effects. It's not addictive. The CDC recommends that people at risk of overdose carry it with them so that a family member or bystander can administer it if necessary.

Experts in drug policy point to a key statistic that laws like the one in New York aim to address: In nearly 40% of overdose deaths, another person is present, according to the CDC.

If bystanders had had naloxone, "most of those people wouldn't have died," said Corey Davis, director of the Harm Reduction Legal Project at the Network for Public Health Law.

In every state, including New York, pharmacists are authorized to dispense naloxone, often under "standing orders" that allow dispensing without a prescription, typically to people who are at risk of overdose or are in a position to help someone at risk.

So then why require physicians to write scripts?

Mandating is more effective than recommending, experts said. By requiring physicians to prescribe the drug, more people who might need naloxone would have it on hand — if they fill the prescription. But there's no guarantee they will.

A prescription can also help remove the lingering stigma of asking for an overdose drug at the pharmacy counter.

"It removes friction points," said Davis. "You just drive through the window and pick it up."

In a 2019 analysis, pharmacists in states that required co-prescribing naloxone with opioids filled nearly eight times as many naloxone prescriptions per 100,000 people as those in states that didn't require it.

Missouri doesn't have a co-prescribing law, but Danielle Muscato's pain management doctor recently suggested she carry Narcan. The 38-year-old civil rights activist, who lives in Columbia, takes the prescription opioid tramadol and several other drugs to keep her chronic severe lower back pain in check. She's glad to have the nasal spray tucked in her purse, just in case.

"I think it's a wonderful thing" that people carry it and know how to use it, she said. "I wish this was standard everywhere."

Since the New York law went into effect, "I have definitely seen an uptick of prescribers adding naloxone to opioids, especially if it's a large order," said Ambar Keluskar, pharmacy manager at Rossi Pharmacy in Brooklyn.

Patients don't always understand why they're getting it, though, said Toni Tompkins, supervising pharmacist at Phelps Hometown Pharmacy in the upstate New York town of Phelps.

A two-dose package of naloxone spray typically costs about $150. The medication is now available in generic form, which may reduce the out-of-pocket cost. Most insurers cover it, although patients typically owe a copayment. The uninsured can generally get naloxone through state programs.

In New York, private insurers are required to cover naloxone, and Medicaid also covers it, said Monica Pomeroy, a spokesperson for the state health department. The state's Naloxone Co-Payment Assistance Program (N-CAP) covers the cost of copays up to $40 for those with insurance, Pomeroy said. Uninsured people or those with unmet deductibles can get it free at one of the state's opioid overdose prevention sites.

In November, the FDA announced it is considering making naloxone available without a prescription.

Although offering it over the counter would make the drug easier to get, some people are concerned that insurance might not cover it. Further, "if a patient is just picking it up somewhere without getting any guidance on how to use it, that could be a downside," said Anne Burns, vice president of professional affairs at the American Pharmacists Association.

Some professionals believe naloxone should be dispensed with every opioid prescription, regardless of risk factors. In Rochester, New York, and surrounding Monroe County, that's what happens. In 2021, the county executive, Adam Bello, signed Maisie's Law, named after a local 9-month-old girl who died after swallowing a methadone pill she found on a neighbor's kitchen floor.

"It's horrible what happened," said Karl Williams, a pharmacy law professor and chair of the board of the Pharmacists Society of the State of New York. "Maybe it's a next-level standard that should become law."