“This is a Republican mess”: Progressives warn Democrats not to cut a speaker deal with GOP

Some Democratic lawmakers have floated the idea of backing a "moderate" Republican, if one exists 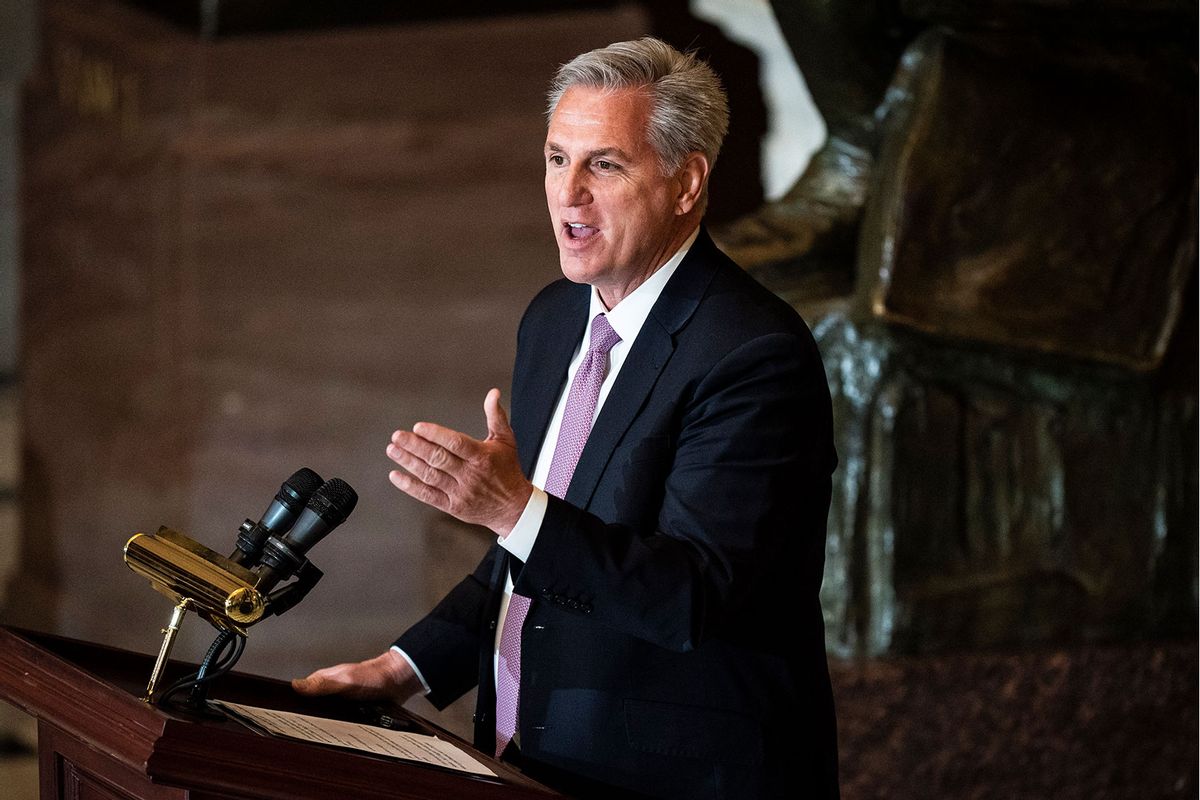 At least two progressive groups tell TYT that House Democrats shouldn't make any deal with Republicans to help them elect a speaker, even a unity candidate.

The reason: Any guarantees Republicans offer may not stick, given the GOP's inability to govern with a fractious caucus.

While no offer is currently known to be on the table, and likely won't be made without a green light from Minority Leader Rep. Hakeem Jeffries, D-N.Y., some Democrats, including progressives, reportedly have said they could see helping Republicans end their days-long stalemate, in return for some concessions by GOP leadership.

But the Center for Popular Democracy Action (CPDA) told TYT that Democrats shouldn't take any deal. So did a spokesperson for another progressive organization that did not want to be identified weighing in publicly on the deliberations.

One Democratic strategist, Tim Hogan, agreed. Hogan told TYT that a promise from the Republican Party holds little weight given the leadership's inability to control the actions of 20 members of their conference.

Hogan said, "[T]he point, I think, of all of this is [that] if there is not someone who can keep their Congress together on the Republican side, it is pretty futile to believe that you can cut deals with them in the future."

But as Hogan puts it, "[U]ltimately, this is a Republican mess, and they have to fix it."

Michele Kilpatrick, co-director of advocacy and mobilization at the CPDA, echoes Hogan's stance, saying, "there's clearly a serious breakdown of trust." She told TYT that in addition to trust, it would require a Republican negotiator capable of brokering a deal with Democrats, but says those kinds of lawmakers have long been purged from the party.

Other scenarios floated by the left include the hypothetical suggestion by Rep. Alexandria Ocasio-Cortez, D-N.Y., to support a compromise speaker candidate in exchange for Democratic leadership positions on some House committees. But that's also not enough, according to a source who spoke on behalf of a leading progressive organization but asked that the group not be named.

The source told TYT that for any deal to be worth it, House Democrats would have to get "parity on the Rules Committee." In other words, there would have to be an equal number of Democrats and Republicans on the committee, which means no bill would go to the floor without the approval of both parties. In that scenario, the source said, whoever the speaker is would not be held hostage by their caucus.

That kind of power-sharing agreement was seen as highly unlikely as of Thursday night, but could net actual movement on popular legislation, the source said. "If House Democrats have a plausible chance of voting for something, it would take excuses off the table for Senate Democrats and encourage them to be a lot bolder with getting legislation passed," the source said.

For now, Democrats have remained united in their support of Jeffries. And as TYT reported Wednesday, Rep. Jamaal Bowman, D-N.Y., said, "Jeffries is the unity candidate."