"I would drop him like a bag of dirt": House GOPer weighs in on House floor scuffle 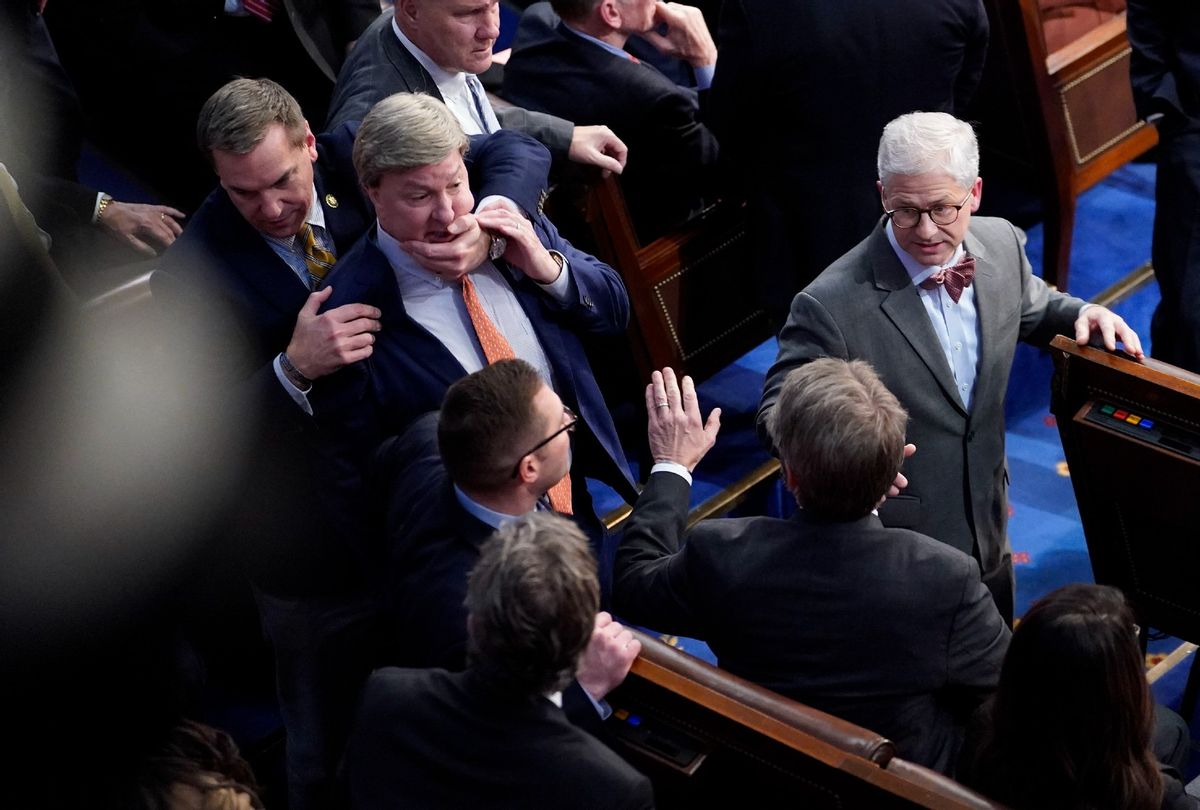 Mike Rogers (R-AL) is restrained after getting into an argument with Matt Gaetz (R-FL) during in the 14th round of voting for speaker in a meeting of the 118th Congress, Friday, January 6, 2023, at the U.S. Capitol in Washington DC. (Jabin Botsford/The Washington Post via Getty Images)
--

According to CNN's Kate Sullivan, Rep. Tim Burchett (R-TN) lashed out at House colleague Rep Mike Rogers (R-AL) for lunging at Florida Republican Matt Gaetz on the House floor late Friday night after Gaetz pulled the rug out from under Kevin McCarthy's bid to become speaker on the 14th ballot.

In video captured by C-Span, Rogers can be seen coming up behind Republicans pleading with Gaetz to change his vote from "present" with the Alabama Republican pointing his finger at him and reportedly telling Gaetz "You're finished."

Rogers was restrained by Rep. Richard Hudson (R-NC) who grabbed him, put his hand over his mouth and then hustled him away.

As Sullivan reported, Burchett responded, "People shouldn't be drinking, especially when you're a redneck, on the House floor."

Talking about Rogers, he continued, "I would drop him like a bag of dirt. Nobody's gonna put their hands on me. Nobody's gonna threaten me," before adding, "It's just one of those things -- you've been around fights before, you've seen it. Some guy gets in your face and then it's just an unfortunate moment is all it was. It shouldn't have happened. He shouldn't have crossed that line."

You can watch a report about the attack below from CNN: