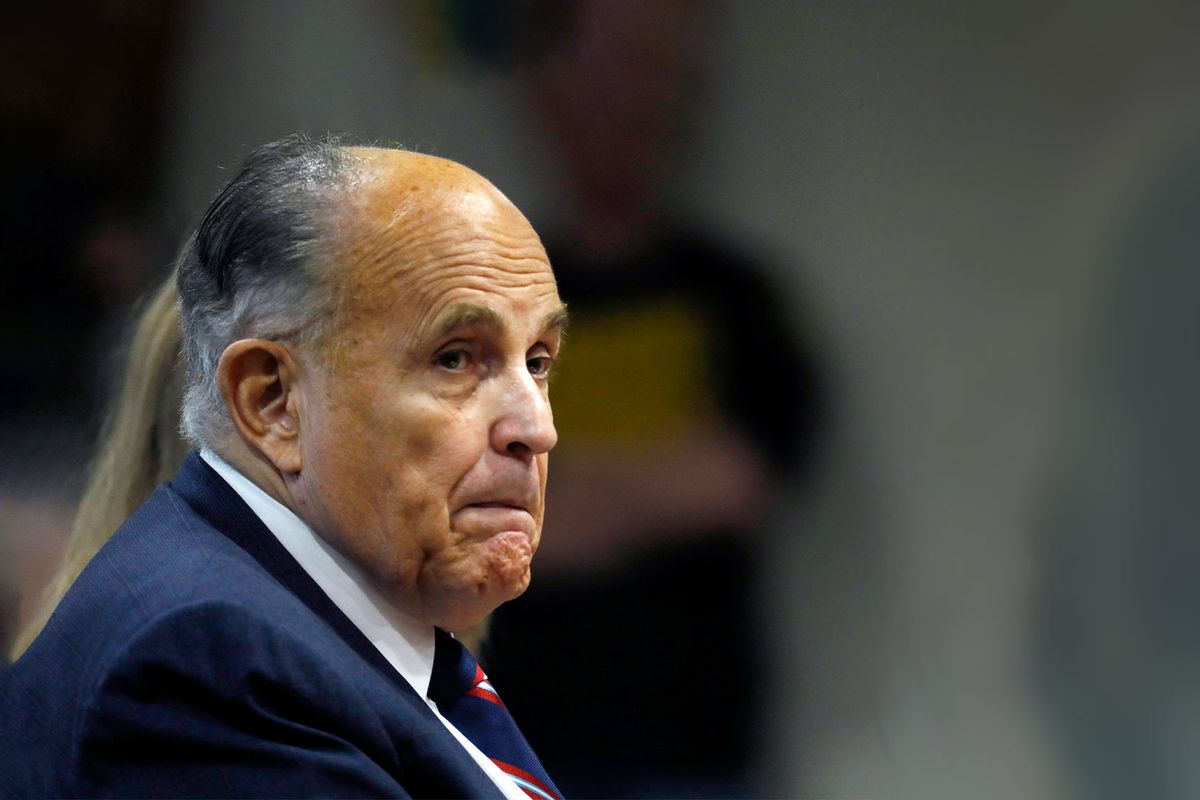 "The subpoena, which was sent more than a month ago and has not been previously reported, requests documents from Giuliani about payments he received around the 2020 election, when Giuliani filed numerous lawsuits on Trump's behalf contesting the election results, the person said," reported Katelyn Polantz and Sara Murray. "Prosecutors have also subpoenaed other witnesses who are close to Trump, asking specifically for documents related to disbursements from the Save America PAC, Trump's primary fundraising operation set up shortly after the 2020 election, according to other sources with insight into the probe."

The report noted that the subpoena seems to represent a "follow the money" strategy when it comes to investigating Trump's efforts to illegally remain in power despite losing the 2020 election to President Joe Biden.

"Save America was part of broader fundraising efforts by Trump and the Republican Party that raised more than $250 million after the election. Since then, the political action committee has compensated several lawyers who now represent Trump and his allies in January 6-related investigations," said the report. "The subpoenas to other witnesses in addition to Giuliani were sent in late December, according to the other sources."

This comes as Giuliani, the former mayor of New York City and a longtime ally of the former president, faces a number of other legal problems.

Last month, an investigatory panel of the D.C. bar found Giuliani violated attorney ethics with his suit to try to throw out election results in Pennsylvania, which could lead to the suspension of his law license there — something that already happened in New York. He is also being sued for sexual harassment by Noelle Dunphy, a former business partner who claims they were romantically involved before he became too aggressive with her.