“People are mad at me”: MTG throws Trump under the bus after right-wing backlash over McCarthy

"People that are overly mad at me, I shouldn't be your punching bag," Greene pleaded in an interview 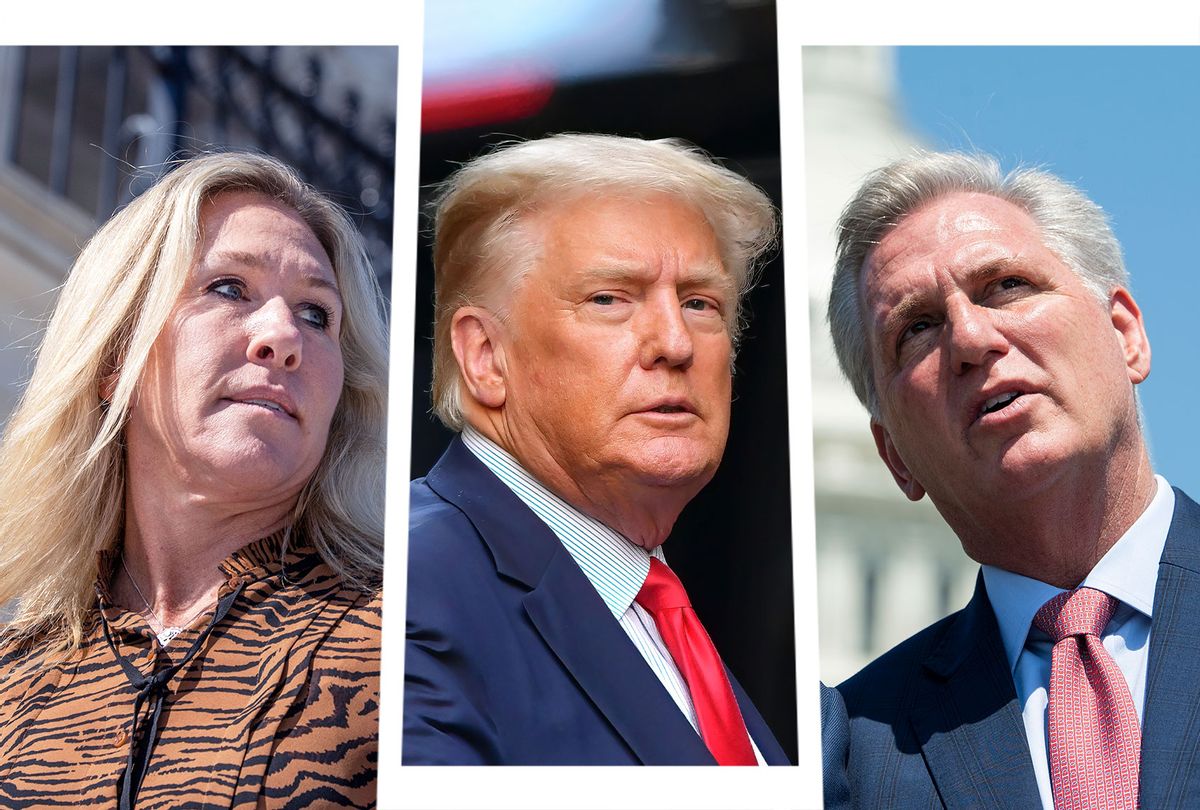 Rep. Marjorie Taylor Greene, R-Ga., complained on Monday that she is receiving hate from the MAGA movement because she supported Rep. Kevin McCarthy, R-Calif., for House Speaker.

During an interview with right-wing host Charlie Kirk on the MAGA-oriented Real America's Voice network, Greene responded to an angry viewer who wanted to know why she had not opposed McCarthy like other staunch conservatives in the Freedom Caucus.

"So, people that are overly mad at me, I shouldn't be your punching bag," she added. "Be very clear-eyed about what this is and I'll continue to prove exactly who I am through my actions and not my words and emails, social media posts and interviews on television."