"Guard our national interests by ensuring that Rep. Santos is not given access to classified info," CREW warns 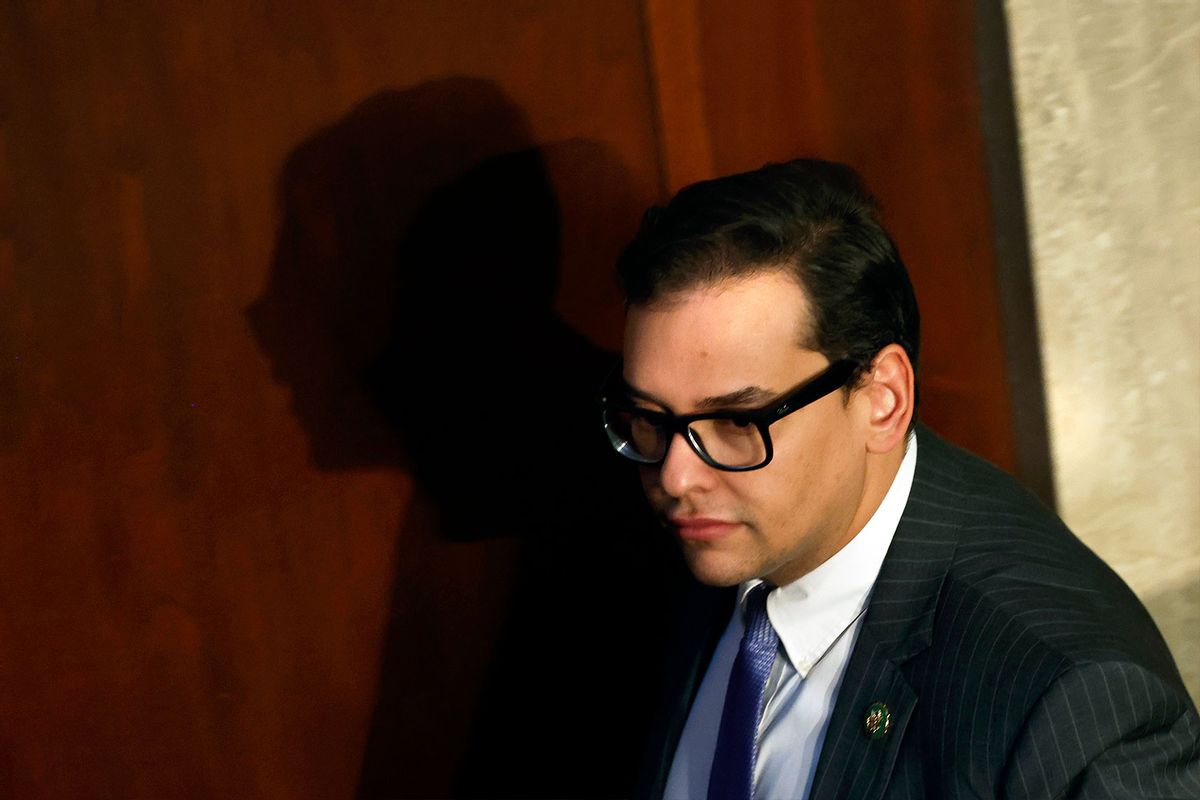 U.S. Rep.-elect George Santos (R-NY) walks in the House Chamber during the second day of elections for Speaker of the House at the U.S. Capitol Building on January 04, 2023 in Washington, DC. (Anna Moneymaker/Getty Images)
--

Santos was exposed in December for fabricating his résumé and lying about his personal background. Multiple ethics complaints and investigations have been initiated into Santos pertaining to his dishonesty and suspicions of campaign finance law violations.

Bookbinder believes that these scandals demonstrate egregious untrustworthiness by Santos and that McCarthy should refrain from putting him on congressional committees that are frequently free to scour through such material.

"Given Rep. Santos' staggering misrepresentations about his background, we believe he should resign from Congress. But even if he chooses not to do so, it is clear that he has not demonstrated the trustworthiness necessary to guard our country's most closely guarded secrets," wrote Bookbinder. "Despite Rep. Santos' claims that he is 'not a criminal,' his staggering falsehoods amount to a violation of the voters' trust and may in fact put him in potential legal or even criminal jeopardy, including raising questions about whether he lied on any of his Federal Election Commission filings or on the congressional financial disclosure form he was required to file once he qualified as a candidate."

Bookbinder noted that "members of Congress are not required to get security clearances. Rather, they are traditionally deemed inherently worthy of security clearances by virtue of the office they hold, and are given access to national security information if their jobs and committee assignments require it without any assessment as to their trustworthiness. The only limitation placed on them is that they are subject to punishment under the House ethics rule if they reveal classified information, in addition to potential criminal prosecution."

Crucially, Bookbinder stressed that "under the standards governing security clearances, it is highly unlikely that Rep. Santos would be granted a security clearance if he were applying for one, given his serial dishonesty about basic facts about his background."

Santos' "violation of the voter's trust means that he should resign his seat. But in the absence of his resignation," Bookbinder concluded, "Congress needs to take immediate steps to protect our democratic institutions and guard our national interests by ensuring that Rep. Santos is not given access to classified information."