“Extraordinarily cringeworthy”: Proud Boys lawyer gets into “shouting match” with judge at hearing

The judge "had to repeatedly shout him down," Politico reports 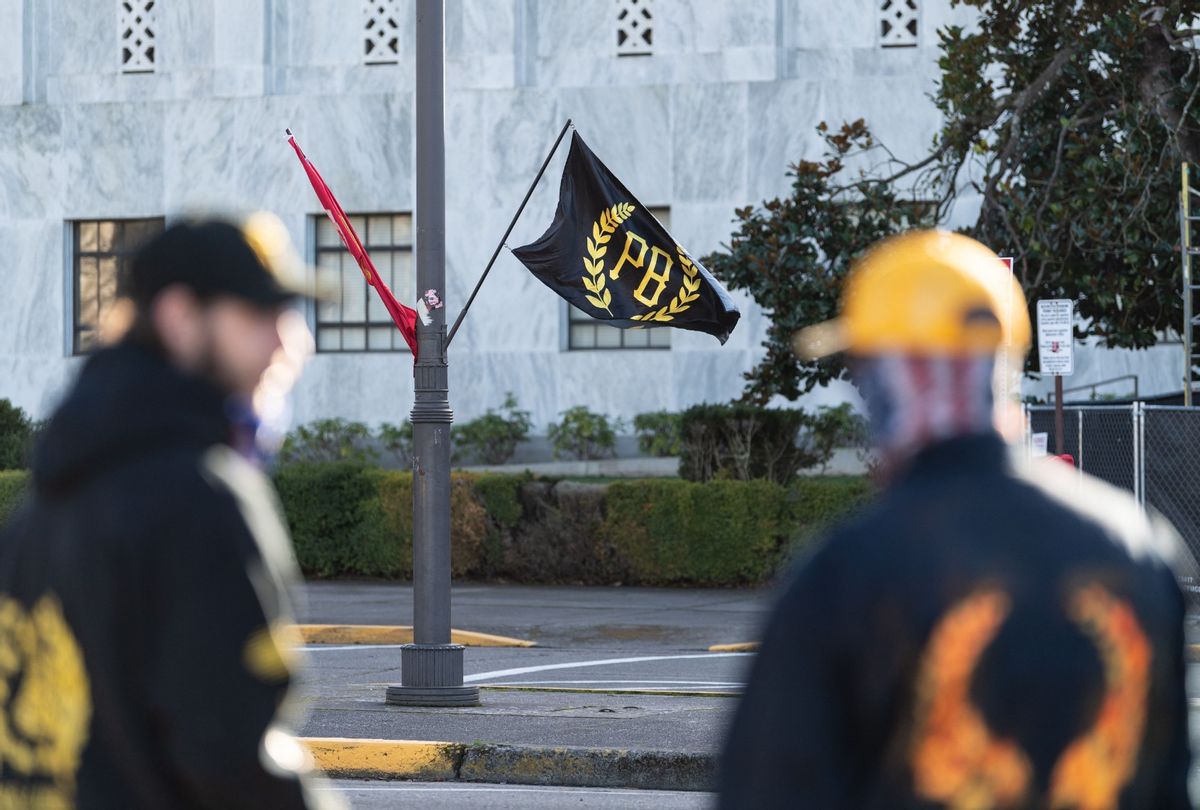 Members of the Proud Boys during a far-right rally on January 8, 2022 in Salem, Oregon. (MATHIEU LEWIS-ROLLAND/AFP via Getty Images)
--

A pretrial hearing for members of the Proud Boys accused of engaging in seditious conspiracy for their role in the January 6 Capitol riots went off the rails Wednesday during a heated argument between U.S. District Judge Timothy Kelly and attorney Dan Hull, who is representing accused Proud Boy Joe Biggs.

As recounted by Politico senior legal affairs reporter Josh Gerstein, the drama began when Biggs' other attorney, Norm Pattis, cited "irreconcilable differences" with Hull as a reason that he wanted to withdraw from the case.

Shortly after this, Hull stood up and demanded to be able to respond to something Pattis said about him that he described as a "complete falsehood."

According to fellow Politico senior legal affairs reporter Kyle Cheney, this resulted in Judge Kelly getting into a "shouting match" with Hull over Pattis' statement in which Kelly "had to repeatedly shout him down."

Cheney also said that the entire pretrial hearing had been "extraordinarily cringeworthy to watch."

The Proud Boys trial on seditious conspiracy charges comes mere months after the government successfully prosecuted members of the Oath Keepers militia, including founder Stewart Rhodes, on the same charges for their organized attempt to violently block the certification of the 2020 presidential election.