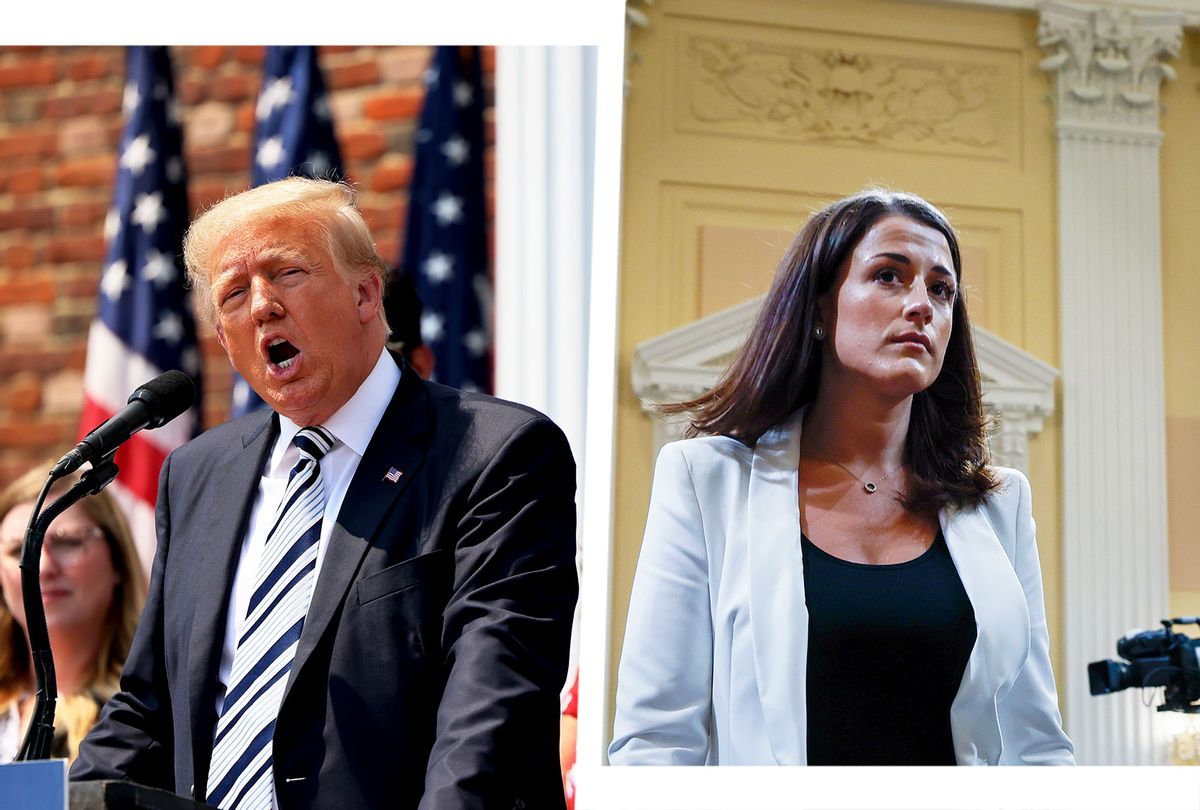 The subpoena also seeks documents related to the creation of an "Election Defense Fund," which Trump officials ostensibly formed created to raise money from grassroots donors after Trump's election loss. Officials later testified to the House Jan. 6 committee that the fund technically did not exist but was a way to raise money from people who bought into Trump's Big Lie.

Prosecutors' interest in the payments comes after former White House aide Cassidy Hutchinson testified to the Jan. 6 committee that she was initially represented by a Trump-linked lawyer who would not tell her who was paying his fees and said she did not need a formal written retention agreement.

"I was like, 'I probably should sign an engagement letter.' And he said, 'No, no, no. We're not doing that. Don't worry. We have you taken care of,'" she told the panel, according to a transcript of the interview.

After her initial interview with the committee, the lawyer told Hutchinson that the people paying his fees would not want her to agree to additional interviews unless she is required to do so by a new subpoena, according to her testimony.

"'Trump world will not continue paying your legal bills if you don't have that second subpoena,'" Hutchinson recalled him saying, after hiring a new lawyer.

"At the heart of these subpoenas, in addition to previously reported investigation into fundraising fraud, there appears to be an inquiry into whether witness testimony was being improperly influenced. It's always about the obstruction," tweeted former U.S. Attorney Joyce White Vance.

"The efforts to influence and/or even intimidate witnesses has always stuck out for me too," agreed MSNBC legal analyst Lisa Rubin.

Along with information on the payments and fundraising, the subpoena also seeks campaign communications about Dominion and Smartmatic, two voting technology companies that faced a torrent of false allegations accusing them of election fraud.

The subpoena also asks for information related to any internal analysis of the former president's fraud claims and documents related to the Jan. 6 rally on the Ellipse. The Jan. 6 committee found that numerous Trump officials found that there was no basis for his election fraud claims but he continued to push the lies on social media and at the rally preceding the deadly Capitol riot.

The report comes as the "grand jury has accelerated its activities in recent weeks, bringing in a rapid-fire series of witnesses, both high and low level," according to the Post.

Some of the witnesses in recent weeks returned for their second appearance before the grand jury. One source familiar with one of the grand jury appearances told ABC News it was "far more intense than round one."

about the Jan. 6 probe