Trump Jr. lashes out at "The View" for calling his dad a "big liar" 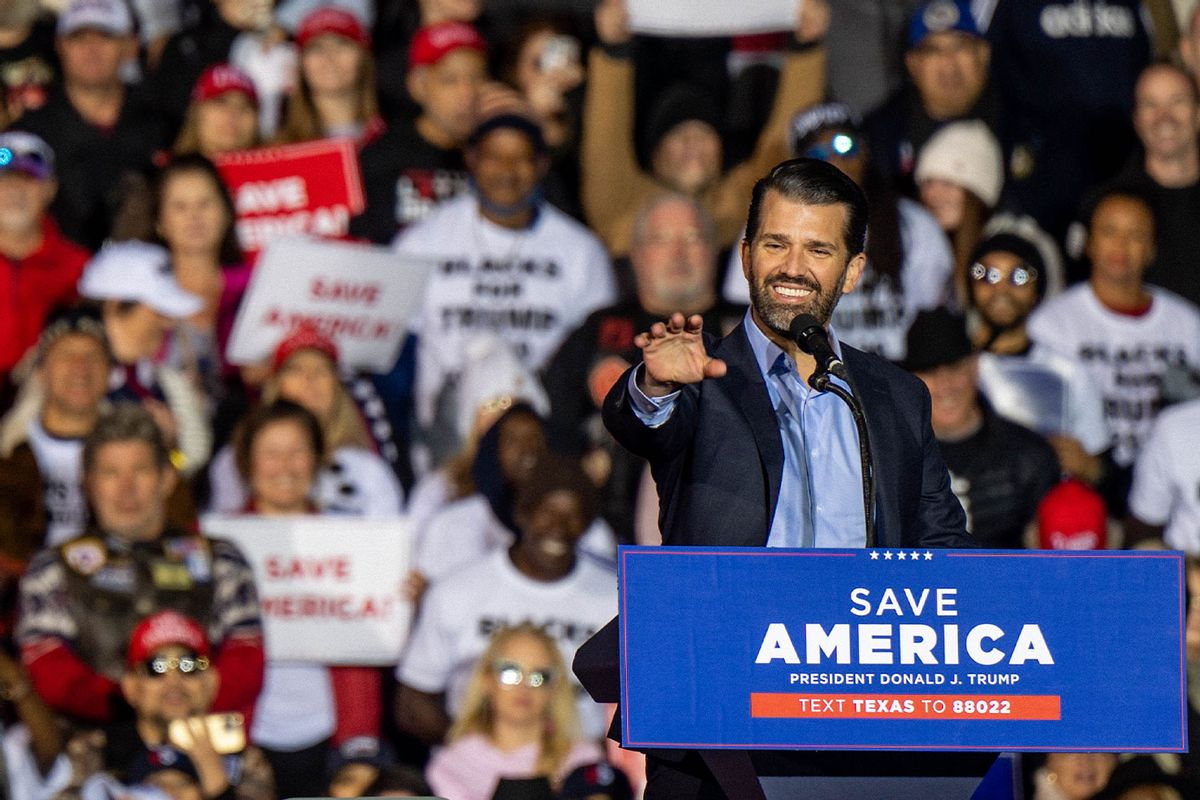 Donald Trump Jr. speaks during the 'Save America' rally at the Montgomery County Fairgrounds on January 29, 2022 in Conroe, Texas. (Brandon Bell/Getty Images)
--

In a video posted to his Rumble account, Donald Trump Jr. declared that the "whataboutism has begun" in the wake of the discovery of classified documents in a private office belonging to Joe Biden from when he was vice president.

Trump Jr. says the left is "going crazy" trying to explain how the revelations are different from the case involving classified documents found at his father's Mar-a-Lago resort.

"We now apparently have read that the files pertain to Iran -- kind of a big deal -- and more importantly, Ukraine, where we're literally funding a proxy war against nuclear Russia right now," Trump Jr. said, adding that his father had the ability to declassify documents as president, whereas Biden lacked that ability as vice president -- a debate over classification powers that some reports say are unclear.

Trump Jr. went on to slam "the geniuses on The View."

"They said, 'We all know Trump's a big liar and thief ... so it's not a big jump to say that he obstructed and lied. We don't think that Joe Biden is a liar and thief so we give him the benefit of the doubt.' Really? All I know is, there's been a lot of investigations of Trump and so far, they've found squat. When Trump had this, the FBI hostage rescue team raided him. Now, nothing happens to Joe Biden."