US emissions rose in 2022. Here’s why that’s not as bad as it sounds 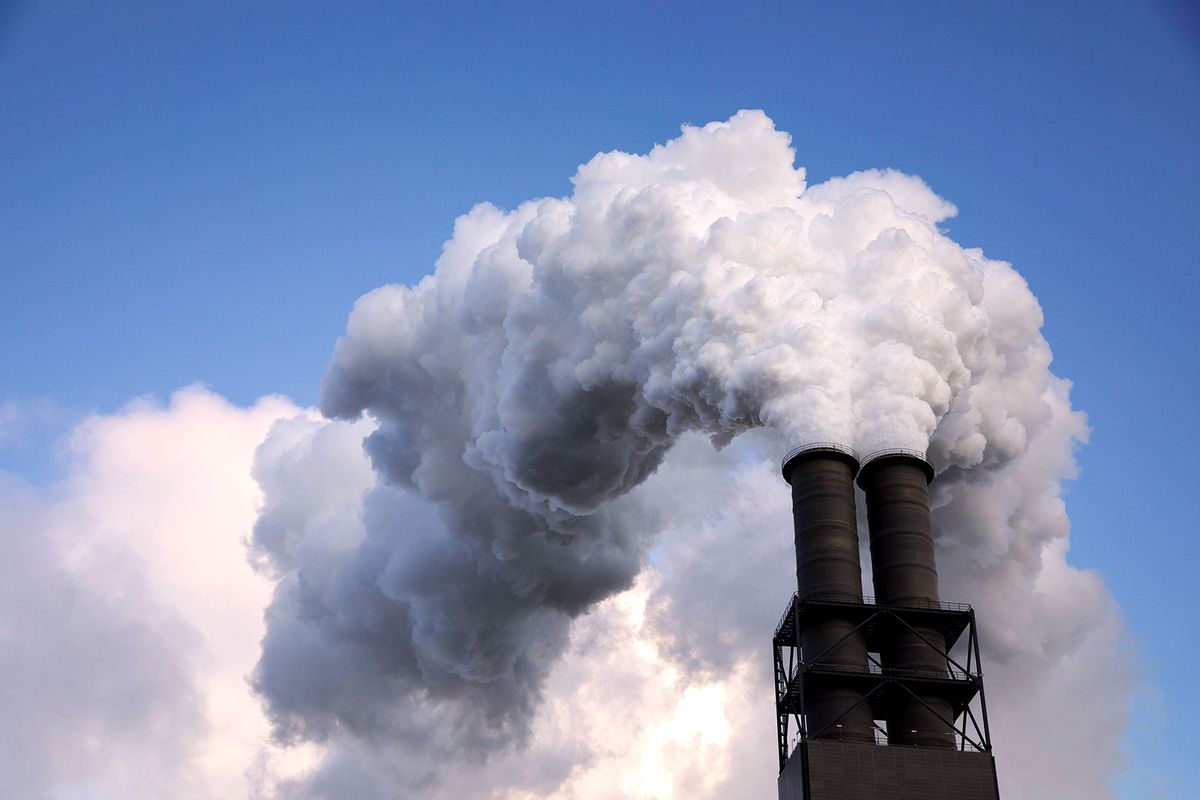 Exhaust air rises from the chimneys of the Moorburg coal-fired power plant into the sky. (Christian Charisius/picture alliance via Getty Images)
--

A new report from the Rhodium Group, a research firm that models greenhouse gas emissions, brings good news and bad news. First, the bad: U.S. emissions increased by just over 1 percent last year, making 2022 the second consecutive year of carbon emissions growth since the American economy began recovering from the early months of the COVID-19 pandemic.

The good news is that there are signs that the U.S. economy is already starting to kick its addiction to planet-warming emissions, even before the implementation of the landmark clean energy law passed by Congress last year. Although carbon emissions grew in 2022, the 1.3 percent year-over-year growth was far smaller than the 6.2 percent surge in 2021. More significantly, emissions didn't rise as fast as overall economic output, indicating that the U.S. economy became less carbon-intensive even as it roared back to life after the 2020 lockdowns.

The main reason for this increasing divergence between economic growth and emissions growth is the decline of coal power, which is by far the most carbon-intensive form of electricity generation. As coal plants across the U.S. have shuttered over the past decade, natural gas plants have largely opened up to replace them. While natural gas is a fossil fuel, burning it produces around half the emissions that burning coal does.

Even more notably, the past two years have seen a dramatic surge in renewable energy. Carbon-free power generation grew 12 percent in 2022, according to Rhodium, driven by the breakneck adoption of solar and wind. This growth came in spite of the fact that new solar deployments actually slowed down in 2022 as the industry grappled with snarls in the supply chain for polysilicon and other critical materials used to make solar panels. An ongoing squabble over tariffs on Chinese solar materials may further hamper the industry.

Even so, the continued rollout of solar and wind facilities helped renewables overtake coal power in 2022, marking a major milestone in the energy transition. Solar, wind, and hydropower combined now account for around 22 percent of U.S. power generation, more than coal at 20 percent or nuclear at 19 percent, according to Rhodium. That hasn't been the case in more than 60 years, ever since coal first surpassed hydropower.

The new data from Rhodium suggests that, despite the shocks of the pandemic and the war in Ukraine, the U.S. is on a long-term path toward a cleaner grid. The drop in power-sector emissions last year doesn't reflect the potential effect of the Inflation Reduction Act, the major climate law signed by President Biden last August, which provides extensive new tax credits for renewable energy as well as for electric vehicles and home energy efficiency. The first projects that benefit from the legislation aren't expected to arrive until late 2023, but the subsidies will only further juice the current trend toward clean energy over the coming decade.

Last year, as the United States emerged from the first wave of the pandemic, emissions grew faster than the economy did, thanks to a temporary resurgence in cheap coal and a huge jump in the number of automobile trips taken nationwide. Carbon pollution from the transportation and building sectors continued to rise this year, according to Rhodium's data, reflecting the continued dominance of internal-combustion vehicles and gas heat. It was only in the power sector that emissions fell year-over-year.

That's in keeping with a long-term trend. U.S. emissions have fallen by 15.5 percent since their peak in 2005, largely thanks to the slow death of coal power. It was a market-driven shift toward gas and renewables, rather than any climate-focused public policy, that spurred this reduction, but now the Inflation Reduction Act should help extend these gains to other segments of the economy, pushing the U.S. closer to meeting the goals of the 2016 Paris climate accords, in which the world's countries collectively pledged to limit global warming to less than 2 degrees Celsius above preindustrial levels.

The report from Rhodium notes that federal policy, "together with additional policies from leading states as well as action from private actors, can put the [Paris] target within reach—but all parties must act quickly." The report also says that the U.S. may see emissions fall as a result of the Inflation Reduction Act as soon as this year — "if the government can fast-track implementation."